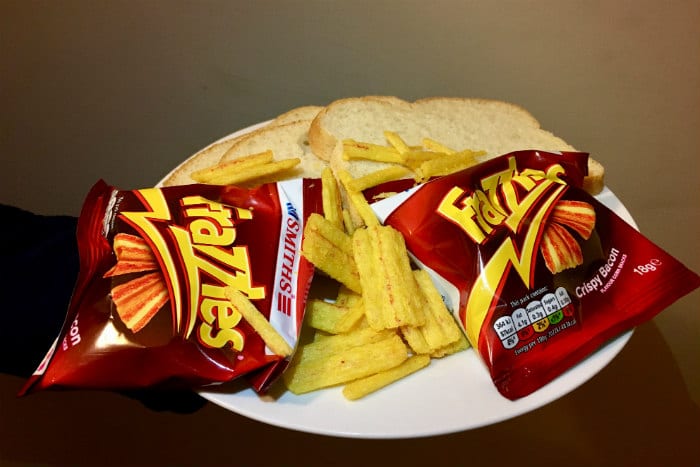 They spend long days and evenings toiling in the kitchen, preparing elaborate menus for diners. But what do chefs themselves eat when they finish a shift – or just can’t face more cooking?

“Wow! Don’t think we have ever seen a sarnie quite like this!!” tweeted Warburton’s in response to his creation.

What do the city’s other top chefs tuck into when nobody is looking, we wondered? So we asked them. And they were happy to share their secret feasts.

So if you’ve ever wondered what chefs from acclaimed restaurants including The French, The Ivy, Mamucium, Canto, El Gato Negro and others REALLY eat, this is the place.

With the cold weather coming in, there is nothing better than a pasty barm. But because we are this side of the hills, it has to be on an oven bottom muffin, heavily buttered with ketchup.

My guilty pleasure has got to be a ham sandwich, on white bread, with way too much red sauce and bacon Frazzle crisps on it. Bit of a funny one I know, but what a treat after a night on the ale. 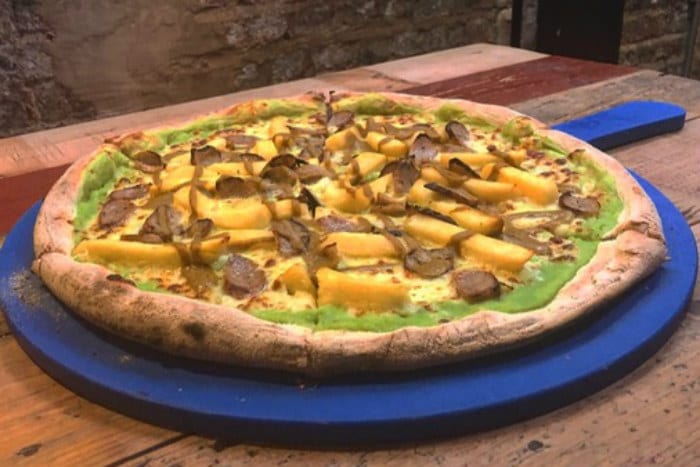 Our guilty food pleasure would be salt and pepper ribs from the late night Chinese – especially when finishing late and forgetting to make ourselves something. We love to devour a few dim sum too – naughty but nice. After a night out it’s got to be Crazy Pedros – you’ll always find the team there sharing a few beers and a pizza after a crazy Christmas shift. 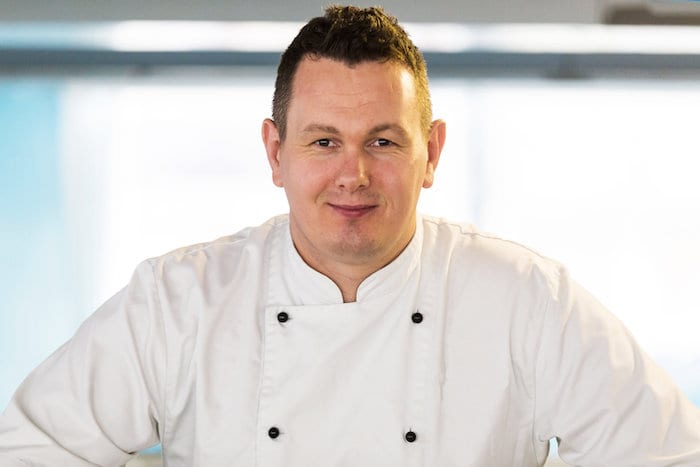 I love anything authentic, it doesn’t matter how simple, just authentic. One place I actually love is a place on Stockport Road that specialises in chicken shawarmas. I drive past most days drooling at the sight of the perfectly assembled chicken rotisserie – twice the size of me in width – and by every evening completely sold out. So I’m not the only one to appreciate it. It costs £2.50 but you are in heaven with every mouthful. That is simplicity at its best. 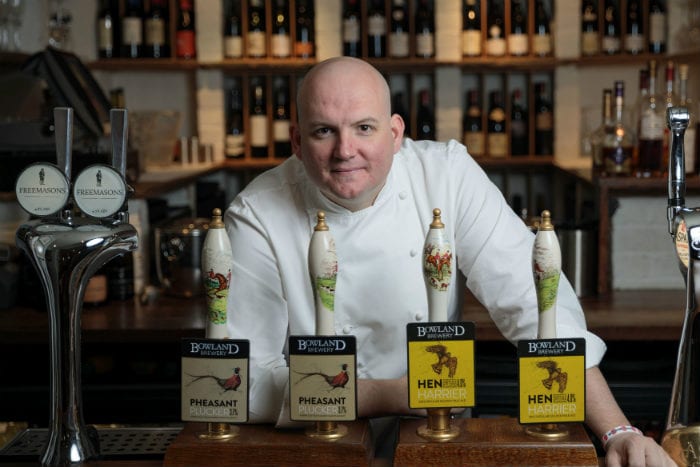 My ultimate guilty pleasure – and what I love to eat when I’m off duty – has to be beans on toast with a fried duck egg on top. 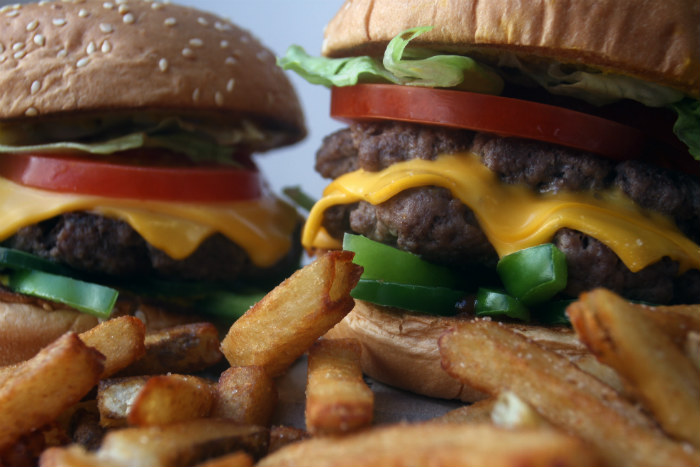 I don’t really like to eat junk food so I try to avoid it to be honest, but sometimes, as a treat – and I mean a real treat – I’ll go to Five Guys and order the biggest American burger on the menu with all of the toppings and a side of fries. 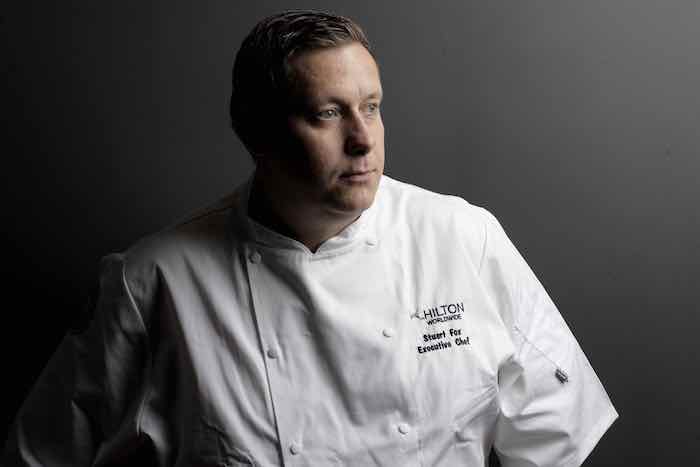 This has always been a funny topic among chefs – discussing what you had after a busy service! I have to admit to a couple of my own dodgy quick meal solutions, including a sneaky KFC from time to time, and always a bacon butty when the opportunity arises. The one that I get shouted at for the most is pinching some of the kids’ chicken goujons and loading up a sandwich with tomato sauce. Sorry.

At work, it’s a good old ‘kebab roll’ – imagine a restaurant quality ‘2am kebab’ with chicken tikka on top of a keema naan, pickled salad and chutneys. When we’re busy, it’s one of the quickest to whip up and eat. Otherwise, my favourite guilty pleasure is a £2.50 chicken shawarma, with all bells and whistles, from Today Restaurant (actually a takeaway, on Grandale Street) – argued by most on Twitter to be the best in Manchester, and easily the best value. No, I don’t have shares in the place! 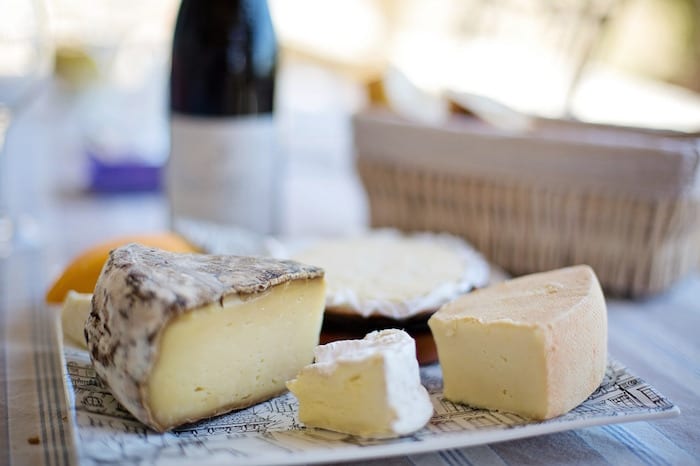 It would have to be a glass of Malbec or Bordeaux with some oatcakes and Epoisses, Lancashire bomb and Stilton cheeses.

“Just look at my Twitter pics at 12am most nights,” said Andrew when I challenged him to share his post-work feasts. So we did.