I know what you’re all thinking – can a dog be gay? Strangely enough, this isn’t the first time I’ve found myself asking this question.

Growing up, I’ve had several four-legged friends over the years, some of whom I am utterly convinced were of the homosexual persuasion – a thought which has now been confirmed by a pooch pampering professional.

“Oh yeah, some of the male dogs we have are gay,” says Dogs and Divas day care worker Stephen. “Some of the girls are as well. But I guess that doesn’t really matter, our main priority is making sure all our dogs have a great time with us.”

On 24th August, Dogs and Divas Doggy Day Care are hosting their very own Doggy Pride so that their beloved tail-wagging clients and their owners can join in with the LGBT festivities happening over the weekend. 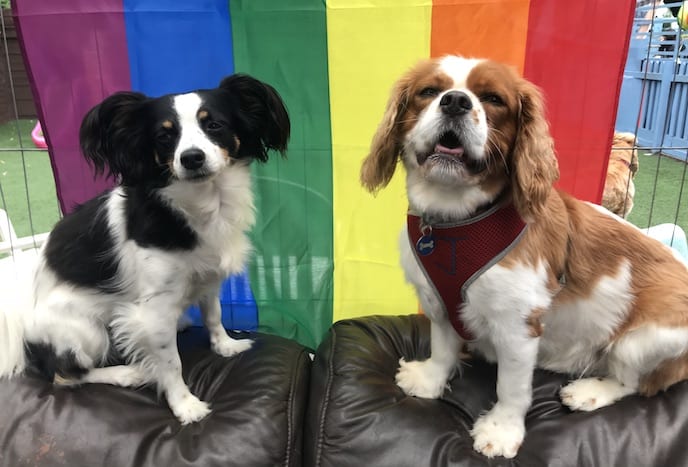 “We do things differently here,” says Stephen. “It’s not just a day care – we like to let the dogs have fun and enjoy themselves, and we wanted to celebrate Pride ourselves as well. I’m gay myself, and Dawn and her wife who own the day care are a lesbian couple, so it just made sense, really.”

Taking place during the first day of Manchester Pride, the Sale based company have a whole day of activities planned for their furry friends, including a fancy-dress competition with VIP judges and a raffle with hundreds of pounds worth of prizes for guests to get their paws on.

It’s all in aid of raising funds for the Albert Kennedy Trust, the world’s first charity for homeless LGBT youth – a cause very close to Stephen’s heart.

“When I came out, I was facing homelessness,” he says. “I wasn’t directly on the streets, but my parents really struggled with it, so it’s a good charity that means a lot to us and to me personally.” 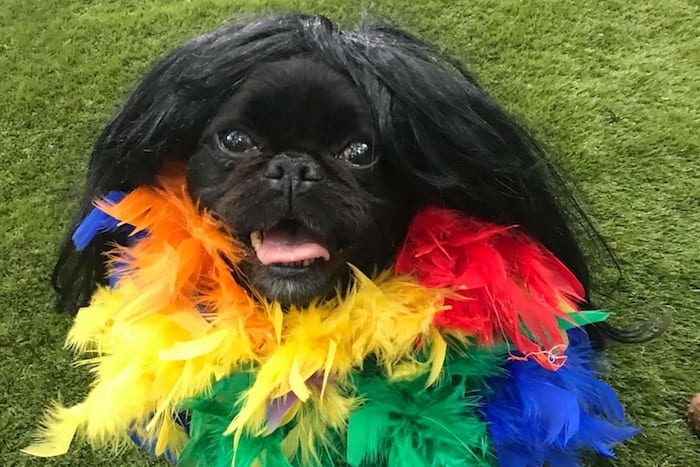 And that’s not all. On the day of the event Stephen and his partner will also be dressing up for the occasion. While finding donations for the Doggy Pride raffle, Stephen put a post out on Facebook declaring that if they received £100 worth of items, he would dress up in drag himself for the occasion.

“The first person to donate was £180 worth of hotel suites,” he says. “The prizes we’ve received have blown us away – we’ve got vouchers, an iPhone, a tablet – it’s crazy. So now I’ve got to keep up my end of the deal.

“I’m going as Dorothy and my partner is going as the Wicked Witch – you couldn’t get any camper, really.”

Encouraging their customers to get involved in their Doggy Pride event, one of Dogs and Divas’ regular customers is also doing her bit for the charity fundraiser. Customer Claire has been running the equivalent of a marathon each week for the past month – with the finish line for the final day of her run ending outside Dogs and Divas Day Care this Friday.

“When Claire reaches the finish line on Friday evening we’ve got a little party set up for her,” says Stephen. “We’ll have finished looking after the dogs for the day then, so we’ll be able to have a drink. We’ve got a finish line and pom poms to cheer her on, so it just gets camper and camper as the day goes on.”

Unfortunately, the Doggy Pride event is an invite only affair – with many of the guests being regular customers of Dogs and Divas. But if you’d like to get involved and help raise money for the Albert Kennedy Trust, you can text ‘DADM67 £’ followed by an amount of up to £10 to 70070.