Luminary New York composer William Basinski is coming to Manchester at the beginning of April to deliver a very special live performance of his iconic ambient music piece The Disintegration Loops.

The avant garde composer has been working with the Manchester Camerata Orchestra to score two of The Disintegration Loops‘ most celebrated tracks to bring his elegiac piece to life in a unique one-off live rendition at Manchester’s Albert Hall on Thursday 11th April.

Tasked with the job of adapting the pieces for the performance is orchestrator Maxim Moston, who has drawn up a score of the two hour-long pieces for the orchestra to perform on the evening.

As harrowing as it is poignant, there are countless interpretations of the piece and almost every one is associated with vivid and powerful emotion.

A classic in the ambient genre, The Disintegration Loops was first released in four volumes in 2002 and 2003.

Ranked #3 in Pitchfork’s list of the 50 Best Ambient Albums of All Time and the 86th best album of the decade by Resident Advisor, the release is highly lauded and has received a huge amount of praise from critics over the years. 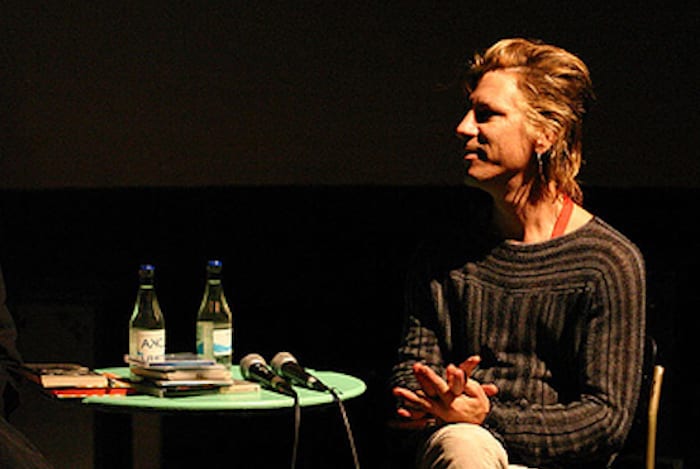 Associated with the 9/11 tragedy, its enduring appeal has much to do with the life-affirming beauty it elicits from that moment in time.

Back in the 1980s, Basinski had used a selection of processed musical snatches from an easy listening station to construct a series of tape loops. Fast forward to 2001, and whilst going through his archives he decided to digitize them.

Starting a loop on his digital recorder, he left it running only to return later to notice the tape was in fact gradually crumbling as it played. Trying with another loop, he found a similar thing happening again.

The music was literally disintegrating and disappearing in front of his eyes.

He allowed the loops to play for extended periods as they deteriorated further, leading to increasing gaps and cracks in the music – then treated the sounds further with reverb.

It just so happened that he’d finished digitizing the loops the day before the 9/11 attacks and had invited friends round to listen on the roof of his Brooklyn apartment on the day of the World Trade Centre’s collapse.

As the sun was setting over Manhattan on that fateful day, he took a tripod and a camera to capture the last hour of daylight on film.

The following morning, he solemnly cued what is now known as Dip 1.1 and listened to it as he watched the footage. It was at this moment, he has said, that the sense of purpose behind the project suddenly came into view.

The accompanying artwork for the initial releases featured Basinski’s footage of the New York City skyline in the aftermath of the World Trade Center’s collapse, followed later by a release of the full video footage, as seen above.

It is this combination between the music and the footage from that day that has so vividly captured the imagination of the public for nearly two decades now.

Acting as a metaphor for how everything must come to an end, and – ultimately – the process of death and dying, The Disintegration Loops has become an iconic release that seems almost intrinsically connected with the events of that day.

The challenge for Manchester Camerata now is to bring these nuances to life in a live performance. They’re more than up to it.

The orchestra’s principal musicians will join Basinski himself alongside conductor Robert Ames for what promises to be a powerful and emotive live performance at the Albert Hall on Thursday 11th April from 8pm.

Tickets are on sale now with prices starting from £5.