One of the originals still standing on the Northern Quarter’s main drag, The Bay Horse is part trendy bar part traditional pub with dashes of kookiness and eccentricity in equal measure. So it’s quite fitting that their new exhibition is DRAG Icons & Influences, a collection of brash, bold and colourful prints by Emma Colbert of Northern Daughters.

This is the debut exhibition for 24 year-old self-taught artist Emma from Oswaldtwistle (it’s near Blackburn, we looked it up) who describes her style as theatrical, powerful and in-your-face, with collections influenced by popular culture, television, film and fantasy.

The exhibition is a celebration of her obsession with RuPaul’s Drag Race. The prints feature famous drag queens from RuPaul and Thorgy Thor from this season’s Drag Race to the outrageous Divine, Rocky Horror’s Frank ‘n Furter, and even Manchester’s very own Foo Foo Lammar, all screaming for the spotlight. The feel is very Pop Art. 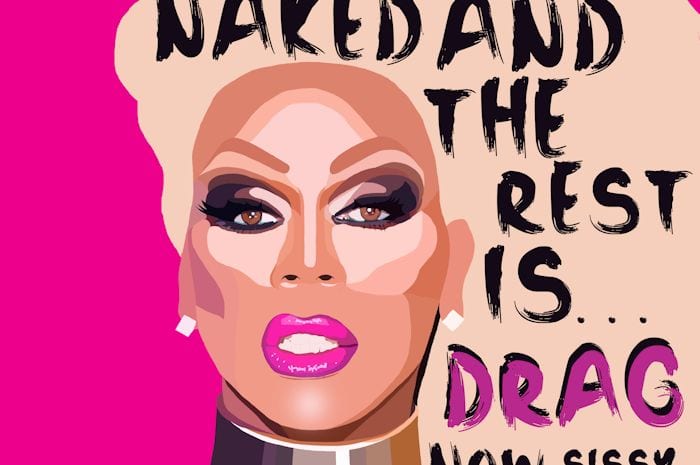 The show runs for six weeks and prints can be purchased from her online shop Northern Daughters.

New chef Jon Rowbottom wanted to bring a bit of ‘bistro’ to The Bay Horse. Having spent a number of years living in Bargemon in Provence, also known as The Pearl Of The Var, he fell in love with the simple and honest style of food. He describes it as ‘peasant food, basic ingredients done well’ and his first menu for The Bay Horse certainly reflects this. 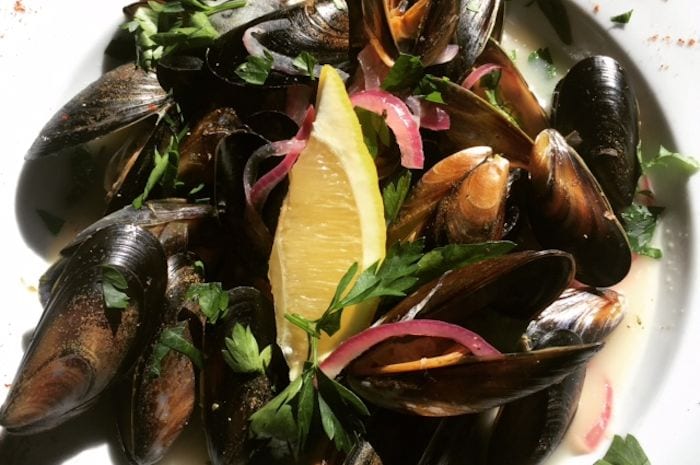 The menu is divided into four main sections.  More Moules (£7) are big bowls of plump mussels with lots of sauce for dipping with chunks of French baguette. Choose from Mariniere, Provencale or Roquefort. 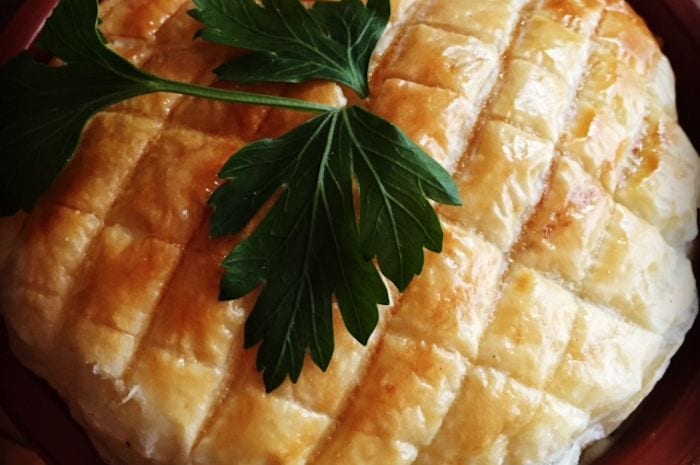 Peasant Pies (£6.50) include classic staples of Beef Bourguignon, Coq Au Vin, and Emmental & Shallot. Le Sandwich (£6.50) is a nice selection of sandwiches including Croque Monsieur and Croque Champignon. And there are Mediterranean-style sharing boards, as big or as small as you like (£2 per item.) 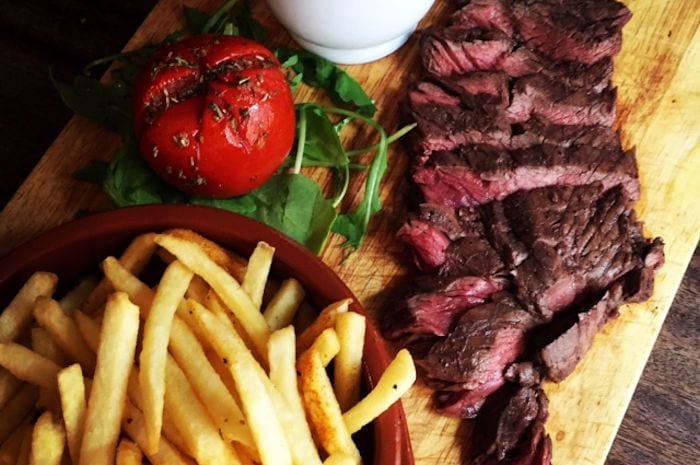 There’s also a Steak Frites special (£10.95) as Jon is keen to prove just how flavoursome and tender bavette steak can be. We tried little bits of everything although we probably drank more than we ate. 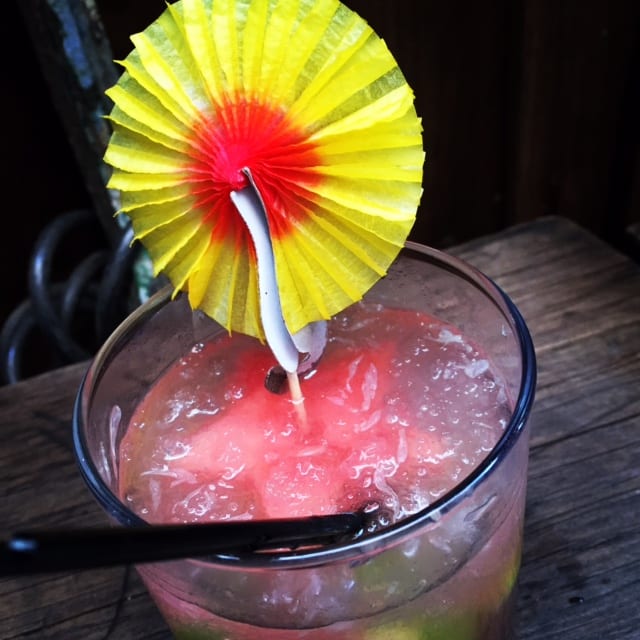 Saddle Club is the cocktail bar downstairs where manager Lyndsey was keen for us to try some of her new cocktails. The signature cocktails are all based around the classics with elements of fun added to suit the quirky clientele. Be careful of Washed Up In Rio (£6.95), it’s one of those refreshing and fruity numbers you could drink like pop. It’s basically a spin on the caipirinha with watermelon and lychees. Basil Do Nicely (£6.95) might be one of your five a day and the smoky Mezcallywag (£7.50) is the first cocktail we’ve tried with Mezcal but hopefully not the last.