The Crown is one of the most expensive TV shows ever made, and no money was spared as cast and crew of the royal saga descended on the Northern Quarter this weekend when the area was transformed into Eighties New York.

Written by Peter Morgan, the series began in the late Forties and has covered seminal moments in the monarch’s reign.

The fourth series, which is currently being filmed, is thought to pick up in the late Seventies, and will see Gillian Anderson’s debut as Margaret Thatcher who was elected as Prime Minister in 1979. 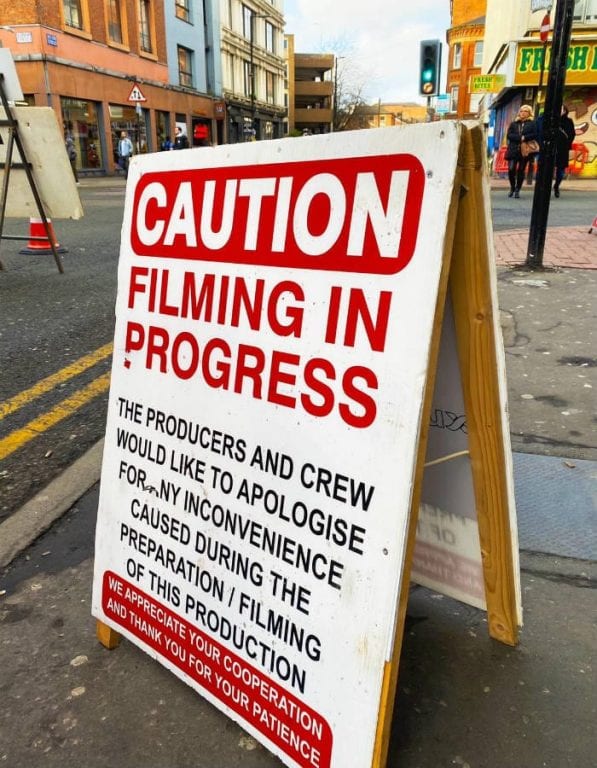 “I am so excited to be joining the cast and crew of The Crown and to have the opportunity to portrait such a complicated and controversial woman,” said Gillian Anderson when her casting was announced.

“Thatcher was undoubtedly formidable, but I am relishing exploring beneath the surface and, dare I say, falling in love with the icon who, whether loved or despised, defined an era.”

The series will also provide our first glimpse of the young Lady Diana Spencer, who’s played by newcomer Emma Corrin.

Following the news she’d been chosen to tackle the role, Emma said: “I have been glued to the show and to think I’m now joining this incredibly talented acting family is surreal.

“Princess Diana was an icon and her effect on the world remains profound and inspiring. To explore her through Peter Morgan’s writing is the most exceptional opportunity and I will strive to do her justice.”

Emma was spotted in character over the weekend as Princess Diana’s cavalcade drove through Manchester’s Stevenson Square. It’s believed the scene will depict her trip to New York in 1989 when she made a solo visit to Henry Street Settlement.

With the world’s cameras following her every move, it brought global attention to their progressive work with homeless families.

Although Emma’s outfit was different to the one Princess Diana wore, the hair and make-up was spot-on, as were the cars, buses and motorcycles and the huge number of extras. 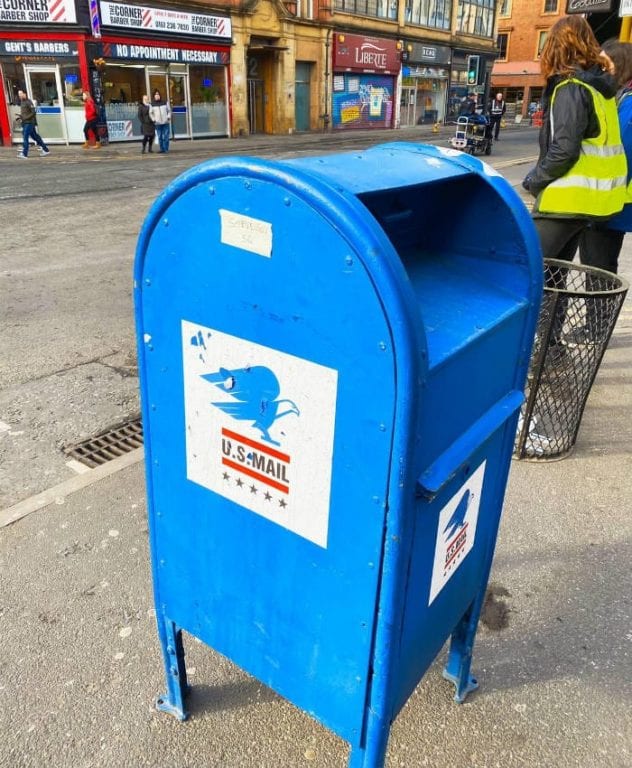 No detail was too small, with era-specific newspapers, graffiti and signs lining the streets, as well as the recognisable steam seemingly rising from pavements.

It might seem like the New York transformation happened overnight, but it’s been months in the planning.

“Screen Manchester have been working with The Crown production team for a number of months to secure the necessary permissions and permits to film in the city centre, so it’s great to see it all come together,” says Bobby Cochrane, development manager at Screen Manchester.

“We’re enthused to be supporting another high-end TV drama filming in Manchester and their choice of locations looking so good as doubles for 1980s New York is a brilliant showcase of how adaptable the city is as a location.”

The start date for series four has yet to be announced but it’s likely to be the end of the year.

In the meantime, we can catch a glimpse of Manchester in New York mode when Morbius, starring Jared Leto, is released in the summer.