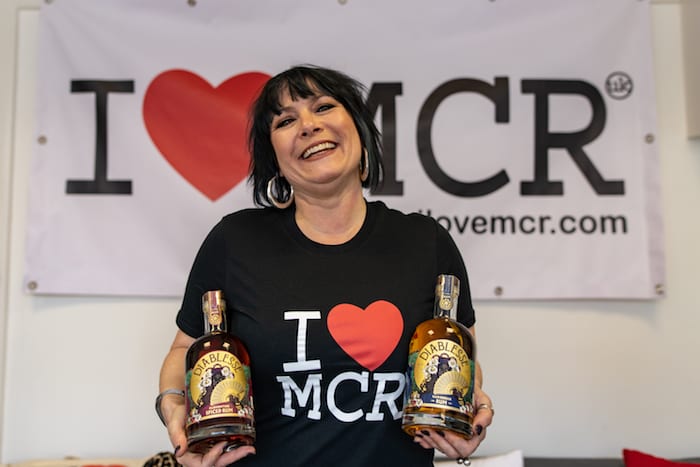 Cleo, who ran the Odd bar group in the Northern Quarter until January 2018, decided to turn her passion for rum into her own business.

She spent nine months researching distillers all across the Caribbean to ensure she could create the perfect authentic blend and Diablesse rum was born.  It’s inspired by a Caribbean folklore character, La Diablesse, said to be half human and half demon – and a striking image of her adorns the rum bottles.

Having only launched the brand in February, Diablesse has already scooped industry awards for her two small batch rums – the Caribbean and Clementine Spiced Rum.

“I loved doing the bars, but it is hard work, and after 13 years I just wanted to do something different,” says Cleo, 48, from Chorlton. “I’d had a really good innings. I’d seen so many brands and spirits going through the bars, and I thought hmm, could I do that?

“I’ve always loved rum. The aim is to convert gin drinkers to rum!

“It’s a Manchester brand all plotted on my kitchen table. People have been so supportive in the city because it’s Manchester, it’s really lovely.” 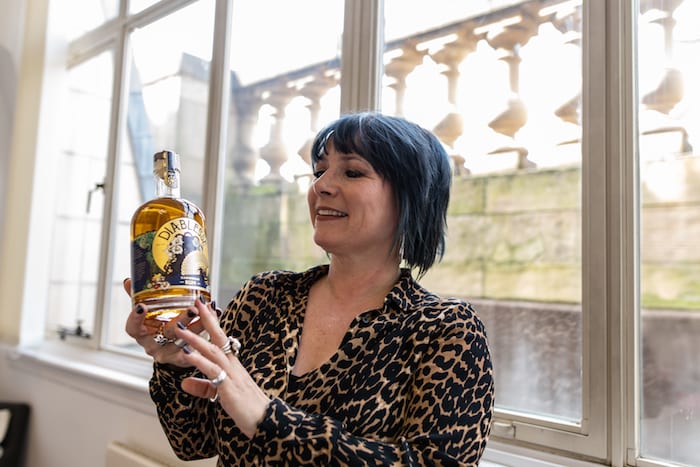 Cleo used to marketing manager for Richard Branson’s Necker Island and discovered her love of all things rum whilst taking press trips to the Caribbean in the noughties. Her brand ethos is to bring quality, authentic rums to the British shores, blending pure rums to give delicious new flavour profiles.

The Caribbean Rum (40% abv, £37 for 70cl) has notes of chargrilled pineapple and butterscotch with a long, warm peppery finish. It’s a blend of three different liquids: an eight-year-old Bajan rum from Foursquare Distillery; a four-year-old Jamaican copper pot still rum from Worthy Park distillery; and a two-year-old Guyanese rum, distilled in the 19th-century wooden Enmore pot still at the Diamond Distillery – the only still of its kind in operation today.

Diablesse Clementine Spiced Rum (42.3% abv, £32 for 70cl) is a demerera rum from the Diamond Distillery which is naturally flavoured with clementine and Caribbean spices to create a unique flavour profile that balances zesty clementine with toffee apple and warm pimento.  With a 20% reduction in sugar, the clementine zest really shines through in this bright new rum.

The rum is already being stocked in Selfridges in town and at the intu Trafford Centre, online at Master of Malt and will be coming soon to Amazon.  And using her contacts in the bar world, the rum is also available in a host of Manchester’s coolest bars, including Cottonopolis, the Refuge, Volta and and Dusk til Pawn.

“I know lots and lots of people in the bar world, but they wouldn’t stock it unless it was good,” says Cleo. “My job is to get it out there. When people hear the story and taste the rum, they just get it and it’s all very exciting really.”