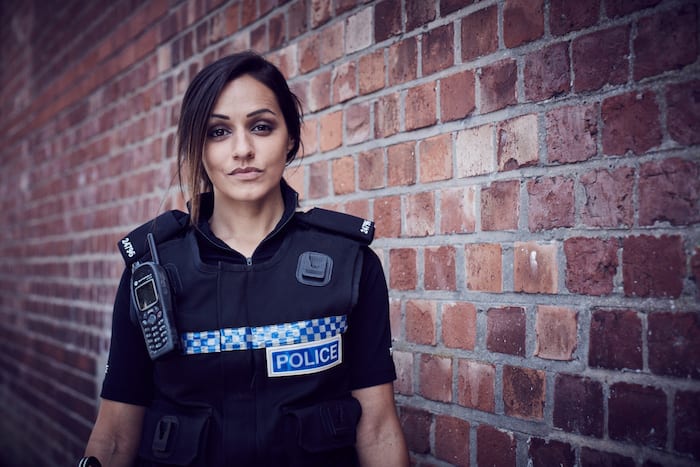 Saira Choudhry’s back as PC Tegan Thompson in the third series of No Offence, and already has Hollyoaks and Coronation Street on her CV. But the straight-talking Mancunian isn’t about to gloss over the tricky times she’s experienced.

“I remember telling a friend when I was 19 I wanted to be an actor and she said, ‘And pigs might fly’. People where I lived didn’t do that,” says Saira who was born in Cheetham Hill and moved to Middleton when she was 15.

“There have been times when it’s hard, but you’ve got to push through. You just have to believe this is what you want to do, and you’ll do anything and everything you need to do to be where you want to be.”

She shares her work ethos with the hundreds of kids who attend her drama academy, TV Talent, across the city.

“One of the things we focus on most is building the kids’ self-belief,” she says. “We can’t guarantee everyone an acting job, but we can guarantee kids will gain more confidence and they can use it in all areas of their life.”

Here Saira talks about self-conviction, surreal experiences and setting up her first workshop. 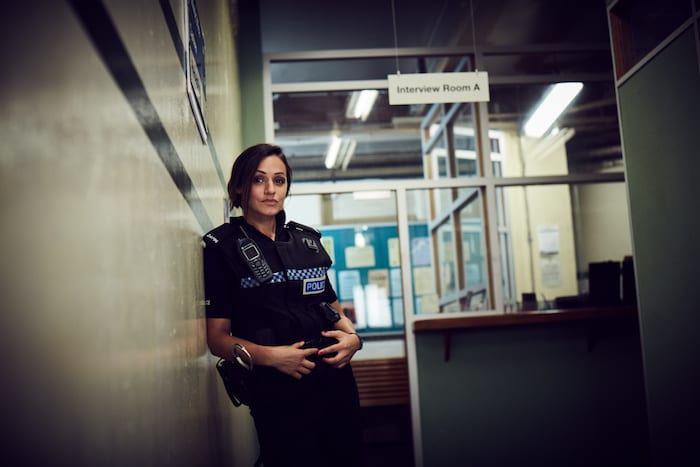 Do you remember when you first thought about becoming an actor?

I remember watching Sally on Coronation Street when I was about eight and going, ‘I want to be an actor’. It was always something I wanted to do but didn’t pursue until a bit later. I don’t think I knew how to. No-one I knew was an actor, and then I had my daughter Leah when I was 17. I went back to college and studied TV and radio at Salford but realised I wanted to be in front of the camera, so I went to Manchester School of Acting with Mark Hudson. He’s a brilliant acting coach. I was there six months and got an audition for Hollyoaks. That was my first major job.

What are your memories of Hollyoaks?

I pretty much trained on the job as Anita in Hollyoaks. To work on a soap for a couple of years is the best training ground because it’s the busiest schedule you’re going to have and you’re going to cover every emotion. I was really lucky to have that opportunity rather than booking a job which was just an episode. I was thrown in the deep end and had no choice but to swim!

How did it feel to appear on Coronation Street?

That was really surreal. Being from Manchester I’d always wanted to be on Corrie so to find yourself on the cobbles is a strange experience. But I have to say it was one of the nicest sets I’ve ever been on. The cast were lovely and welcomed me with open arms and made sure I was comfortable.

This time we filmed through the winter, so it was freezing cold. It was so cold our phones froze. The Beast from the East came in as well and we were filming at the Town Hall in that. Sometimes we’re filming in different locations and it reminds me of growing up in Manchester. It might be the college I went to or the market stall I used to go to with my nana. So many places have memories for me.

What do you think the appeal of No Offence is?

It’s a mixture of dark and light. It’s never too procedural, where they just talk about their job. You find out about their lives, too. There’s lots going on for my character. She’s only small and she’s got a lot of bite but because of the position she’s pushed to this series, we do see a different side to her. I can’t say too much but I’ve got challenging stuff coming up. That’s what every actor wants. I love being pushed out of my comfort zone.

What does your family think of your success?

My mum’s so proud of me and always supported me and accepted everything I do. She helped me out as well because I was a young, single mum. My daughter’s actually in episode four of No Offence. We worked together on set, in the same scene, which was another surreal experience. It went really well and it was nice for her to be on set and see what goes on.

Do you have any concerns about your daughter working in such a tough industry?

I have no concerns for her at all. If she wants to do it, she has to be hungry, and I’ve said this to her. She’s still young and I believe if she wants to go in the business she’s got to do it for herself, regardless of me or what I’ve done. She knows the business inside out because of me so there are no surprises for her. She knows to go to an audition and then just forget about it and it’ll come back to you if it’s meant to be yours.

How did the idea of your drama school come about?

I played a teenager on Hollyoaks and I’d get a lot of kids asking me on the street how they could become an actor. It reminded me of myself when I was young. I live in Middleton and I remember thinking maybe I could set up a little workshop and I was absolutely inundated with kids so set up five more around Manchester. Before I knew it, it had become this drama academy and started booking work. We’ve got the boy who plays Cillian Murphy’s son in Peaky Blinders and got kids doing all sorts of commercials and dramas. We also had about 40 kids come onto No Offence and do some background work in a school. That experience was invaluable for them – and they all got paid for it as well.

What does it mean to you to run the academy?

I’m from working class area and there’s nothing’s more special than making these kids realise I’m from where they are. You don’t have to be born with a silver spoon in your mouth to be able to be able to become better in life. The feedback we get from parents is the child has gained so much confidence. They might be able to go up to a shopkeeper and hold a conversation or if the teacher asks them a question, they’re the first person putting their hand up. The casting is just a bonus.

How do you relax?

I love Spinningfields. I’m a big foodie so love eating out, it’s probably one of my favourite hobbies. I love walking my two dogs and I love going to the gym. I go four times a week and don’t feel right unless I’ve been. It pumps you with endorphins and makes you motivated, otherwise I wouldn’t do anything.

No Offence continues on Channel 4 on Thursday nights.