No.1 Spinningfields is now officially the tallest commercial tower built in Manchester in the last 50 years

Allied London’s No.1 Spinningfields office building has reached its highest point at 92 metres and is now officially the tallest commercial tower built in Manchester in the last 50 years.

The 19-storey, Grade A commercial building is the final part of the award-winning Spinningfields masterplan and has made a dramatic impact on Manchester’s skyline and commercial standing.

Its development marks the ever-evolving nature of Manchester and the continued shift from London to the north, with No.1 Spinningfields tenants reflecting the increase in the region’s professional services provision.

Manchester’s skyline and growth, particularly in the city centre, has helped to attract investors and large occupiers, furthering the city’s standing as an internationally-renowned city.

The building’s current tenants include Squire Patton Boggs, PWC, D&D, Marks and Spencer and Browne Jacobson with major interest from some of the biggest names in business. 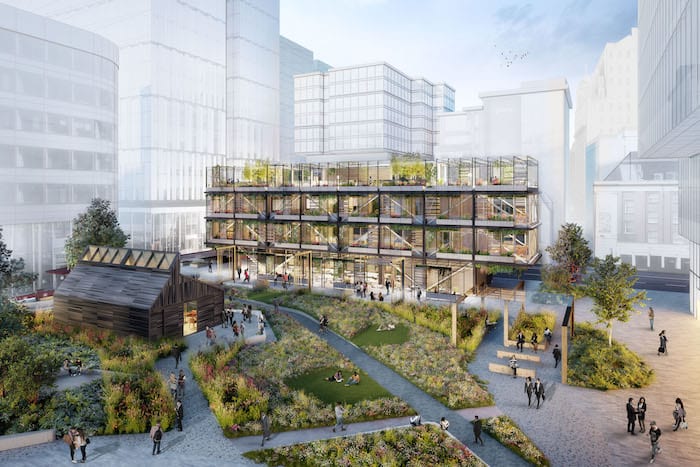 With Manchester’s economy booming and the city becoming a more exciting and attractive destination to live, more and more businesses are choosing to expand and grow in Manchester. Deloitte’s Crane Survey found that total office space in the pipeline totals 1.4 milion sq. ft, a 76% increase on the ten-year average.

Chris Reay, Spinningfields estates director, said: “No.1 is the largest and highest specified commercial building project outside of London and will offer unrivalled amenities and hospitality including a D&D rooftop restaurant, Marks and Spencer food hall and premium business lounge/members club by Allied London.

“The Field and The Pavilion will provide a new hospitality and green area which will sit outside No. 1 Spinningfields and will repurpose city centre green space alongside a new era of dining and culture.”

Speakers from Allied London, BAM Construction, The Lord Mayor of Manchester and Marketing Manchester will celebrate the building’s ‘topping out’ on 17 February with musical performances by Manchester’s Camerata Orchestra .