Why the nicest man in football just got even nicer 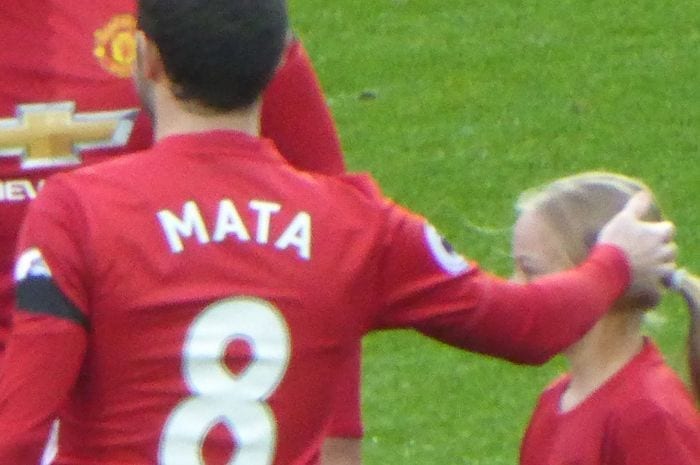 In an age when the beautiful game has lost its common touch; when fans are being priced out and those who play it become multi-millionaires; when a player can be bought for £200m and those who govern it do nothing but alienate its ‘customers’, it’s refreshing to see someone trying to make a difference both on and off the pitch.

By all accounts, Juan Mata is the antithesis of the modern footballer. He lacks all of the physical attributes required in today’s high intensity game.

He’s a diminutive figure who looks like he’d struggle on a windy day. He’s not particularly fast, either. In fact, if you were to pick just one player to represent the game in its current state, then he would probably be languishing somewhere near the bottom of the list next to Charlie Adam and Peter Crouch.

When he first came to England in 2011, people were quick to dismiss the frail Spanish wonderkid. Like most gifted players from La Liga, his talents meant nothing to those who believed he wouldn’t be able to ‘hack it’ with the big boys.

Yet in his three seasons at Chelsea, he won their Player Of The Year award twice and helped the club earn their first ever Champions League.

And he’s far from the stereotypical footballer off the pitch.

He’s a cultured man who reads books and drinks in artisan coffee shops. Someone who prefers to spend his downtime visiting art galleries instead of nightclubs. He even writes his own blog in which he talks about all manner of things before signing off each post with a virtual hug.

Now the Manchester United and Spain midfielder Juan Mata has revealed in The Players’ Tribune that he is committed to contributing 1% of his salary to a fund called Common Goal run by streetfootballworld, a group of 120 charities in 80 countries.

And he’s urging other footballers to do the same.

“Together we can create a movement based on shared values that can become integral to the whole football industry — forever,” writes Mata. “I am leading this effort, but I don’t want to be alone.”

Assuming that these figures are correct, if every player in the Premier League donated 1% of their salary last year, that would mean a massive £22 million for charity.

That’s a life changing amount of money no matter how you look at it. Imagine if the sport’s governing bodies decided to back this campaign.

“Every time someone signs for a team, when the salaries are paid, when the accounts come in, at clubs, federations, agents and associations, 1% goes direct to social projects,” he continues.

“No one looks at it and says: ‘Hey, what’s this 1% here?’ because everyone knows.

“Collectively football takes on a social responsibility, we set a new agenda, it’s understood that a part of what football generates goes to social projects. If you do it alone it’s hard but if you bring people together … it can be an engine for good, an act of social awareness within the system. We want to make it the new normal, the standard.

“Both on and off the pitch it takes more than one to have a real impact. Through Common Goal, I can team up with all the footballers from all over the world; together we can use the game as a force for good. It’s a simple idea that drives big change, but it will only work if we come together as a team.

“So now I would like to call upon my fellow footballers to help. We have so many opportunities simply because we play a children’s game. We are so lucky to live a dream. Let’s come together and help kids everywhere experience that same light and joy. By doing so we can show the wider football industry that Common Goal needs to happen and that it will happen, because it’s right.”

In an age when the beautiful game has lost touch with the fans, it’s reassuring to know that there are still people like Juan Mata who are trying to bridge the divide.

The nicest man in football just got even nicer.

To learn more about Common Goal and how to join the team, visit common-goal.org.