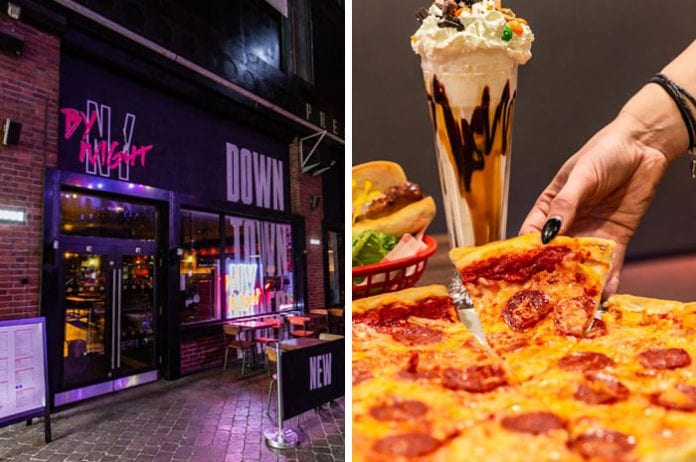 A New York-themed bar and pizza joint has opened in Manchester offering 50% off food throughout September.

New York by Night is offering a slice of the Big Apple without having to fork out for a pricey plane ticket. 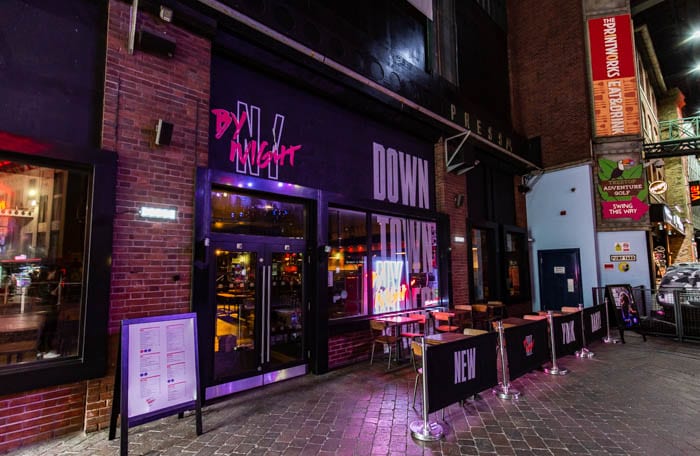 With low lighting, a wood-fired pizza oven and pints starting from £3.90, it’s reminiscent of one of New York’s famous dive bars, beloved the world over for their wallet-friendly booze and louche clientele.

White subway-style tiling lines the external walls and, further along, you’ll find floor-to-ceiling photos of the NY Radio City Music Hall and yellow cabs lit up in the night.

On the pillars and around the bar is an array of paste-on old music posters advertising The Rolling Stones at Carnegie Hall, Iggy Pop, Blondie and Bruce Springsteen.

By the door, a raised stage kitted out with a full PA system hints at live entertainment in the future. 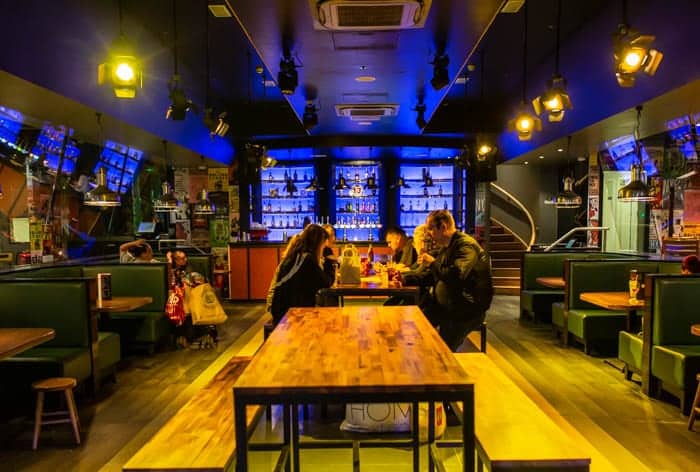 In the centre of the bar sit high communal benches, flanked by deep booths lit with drop lighting to set the mood. Beyond that, more elevated seating on either side features large letters demarcating ‘Uptown’ and ‘Downtown.’

On the Uptown side, you’ll find the huge wood-fired pizza oven. New York is, of course,  famous for its pizza and in homage, New York by Night is gearing up to be slinging late-night pies out ’til the wee hours.

The pizza menu has all the classics: super-cheesy margheritas, ‘sometimes hot’ pepperoni, spicy chicken and Hawaiian. And we’re told they’ll be creating new specials regularly, too.

And they’ll be serving a range of tasty burgers and hot dogs too. 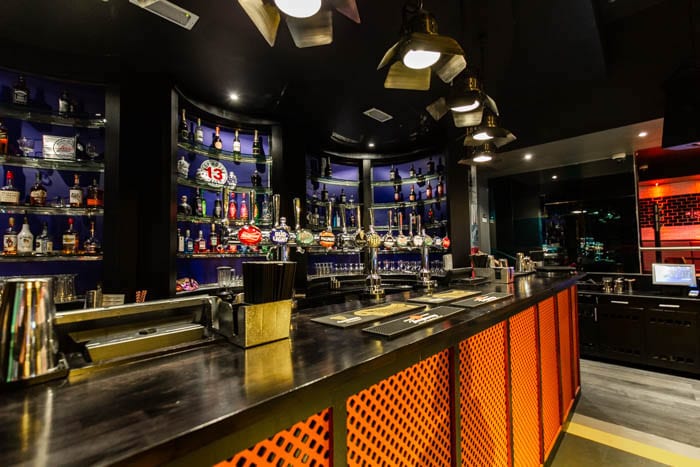 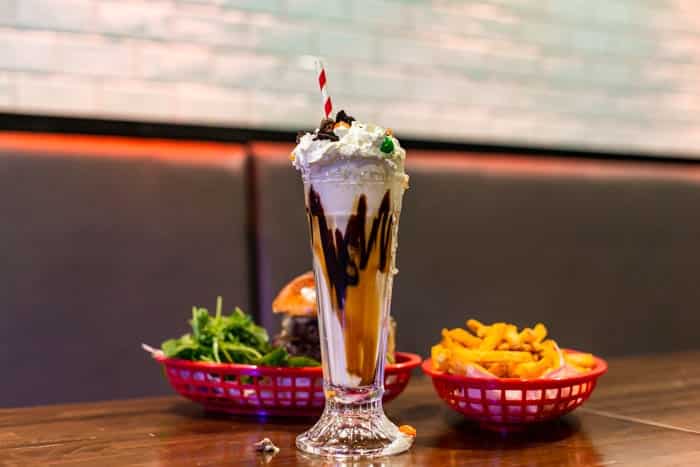 Oh, and in classic NY dive bar fashion, there’s not just an extended happy hour (5-9 every day thank you very much) but also free shots with every round. Mega.

With a late license running through to 4am and plenty of pizzas to keep you going, New York by Night looks set to be a solid late-night party venue.

The official launch party for New York by Night is on 27th September 2019 and is open to the public with free food and drink. 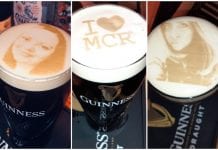 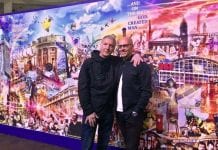