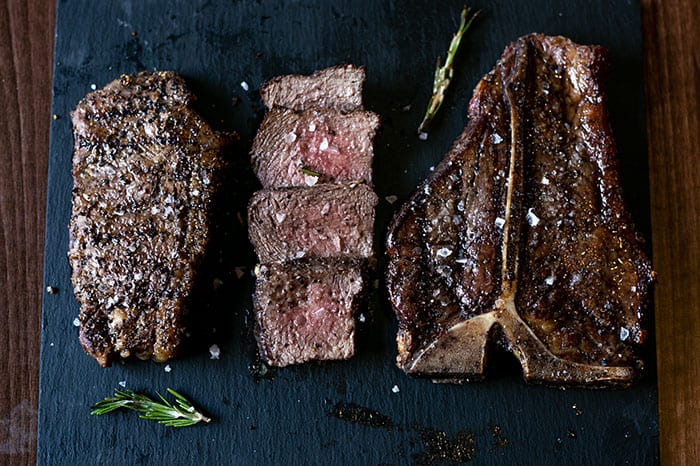 Signature Steakhouse is a new string to the established Trafford Hall Hotel bow. It’s a steakhouse in the traditional sense, big bold plates of food in a classically English setting: mood-appropriate lighting, comfortable seating, and the friendliest waiting staff this side of Manchester.

Location-wise, this venue can’t be beat. It’s ten minutes to Old Trafford football stadium and cricket ground, and just a handful of minutes from the city centre on the nearby tram.

But the food is where this new venue really shines. The starters are smartly-prepared little morsels, reasonably-priced and up there with some of the best options on a typical city-centre tasting menu.

The pea and feta croquettes are wonderfully moreish, hot golden breadcrumbs on the outside, gentle pea and sheep’s cheese flavours inside, on a blob of sharp mint aioli with a couple of pea shoots placed around. It’s a beautiful plate with a taste to match. 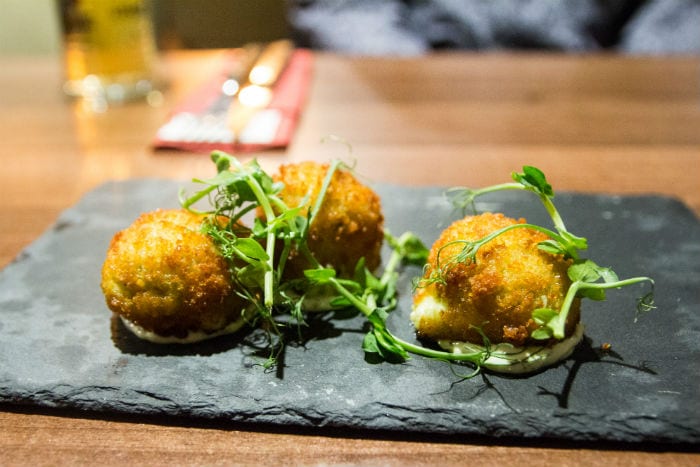 The calamari is another winner, particularly for seafood fans. The magic ingredient is the herb and chilli seasoning – lightly salty with a gentle fiery kick that pairs beautifully with the fresh squid, and finished off with a scattering of peanuts, slices of red chilli, a dash of lime and the most controversial herb of the moment, coriander (described as ‘cilantro’ on the menu, American-style, interestingly).

It all blends together to make a solid, not-too-heavy starter – the calamari isn’t heavily battered and deep-fried like you’d find in most places, it has a very thin light coating, and it’s all the better for it.

Then the mains, as recommended by our delightful waitress. First up: chicken cordon bleu. A nice, thick, fresh chicken fillet, stuffed with soft, salty serrano ham, and a mild but tangy blue cheese pesto, covered in a rich peppery sauce and laid out on a bed of crisp salad leaves.

It’s a winner, but if you’re coming to a steakhouse, there’s a high probability you want, well, steak.

On this front, Signature Steakhouse does not disappoint. 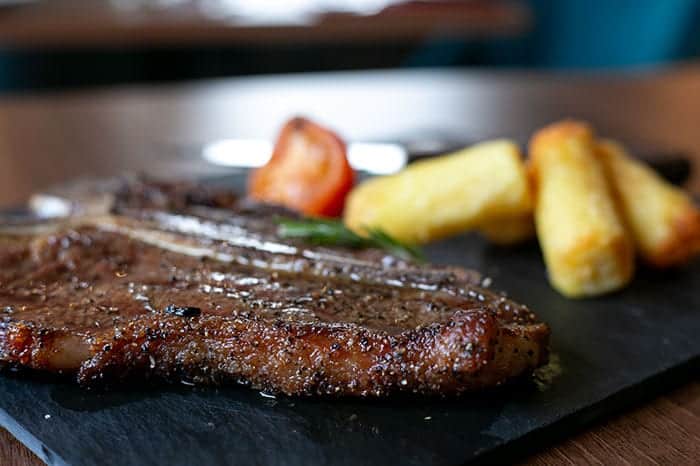 We opt for the t-bone steak (sourced from high-quality herds, at a more-than-reasonable £26) and the result is no less than jaw-dropping.

A huge t-bone, bigger than most people’s heads, with two different cuts of steak on each side, both cooked perfectly (medium-rare, naturally) with a crisp, salty coating with hints of garlic and butter, nicely pink inside.

It’s a joy to look at and even better to eat, though I’d wager 99% of the population will struggle to finish it.

It comes with a handful of fluffy, extra-thick chips and a choice of sauces – the rich, meaty demi-glace sauce comes highly recommended.

The sides deserve a mention too, particularly the asparagus dish, with its timely springtime feel and bright vibrant flavours. It’s a combination of russet potato formed in a gnocchi style, Roma tomato and two thick asparagus, with shaved parmesan over the top.

It’s as good as it looks, and it looks a treat. But the roasted leeks shouldn’t be overlooked – four nicely cooked leeks, full of flavour, next to a pile of hearty parsnip-flavoured mash.

We almost pass on desserts after this heroic feast, but we’re convinced to try the peanut and chocolate cake – and we’re glad we did. 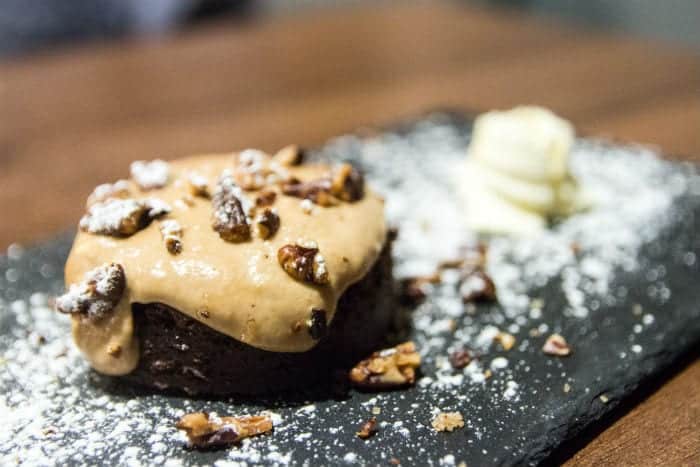 A soft spongy chocolate cake, covered with a sticky, gooey, delicious peanut cream, studded with crunchy caramelised almonds with a small but perfectly formed blob of cream – it’s the perfect end to a hearty, classically-British meal.

Signature Steakhouse is a fine addition to Manchester’s steak scene. It’s all about traditional dining but done with a dash of panache and in wonderfully welcoming surroundings.