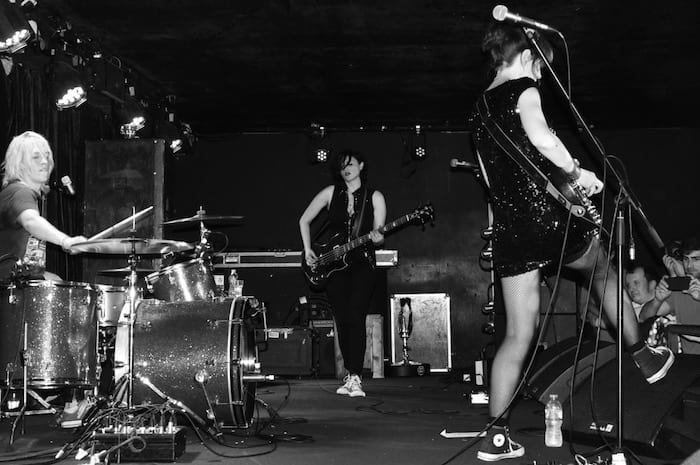 A brand new one day music event and conference is coming to Manchester in November. Off The Record is all about new music and innovative ideas – and a line-up that’s kept secret until 24 hours before!

It is a result of three of the UK’s premier independent music festivals coming together – Kendal Calling, Sound City and Bluedot – and music website and magazine Louder Than War. So what better place to host it than the creative spaces and alternative places of the city’s Northern Quarter? Events will take place across 6 iconic venues including The Night and Day Cafe and Soup Kitchen – all within a five minute walk of each other!

It’s set to be one of the most creatively assembled festivals out there, featuring performances by some of the hottest modern musical talent around and will be curated by experts and top musicians.

The curators will nominate the top three emerging acts they believe will make the biggest impact on the national stage in the next 18 months. Their combined recommendations will see the most nominated 30 acts performing at Off The Record.

They will be new acts which have formed within the last 24 months and have yet to release an album.

“For most emerging artists a captivating live performance comes well before they have the opportunity to step foot in a professional recording studio,” says Andy Smith who has been helping to organise the festival. “We want to capture the thrill of seeing something truly special and new on stage for the first time with no preconceptions.”

During the day, Sound City and Louder Than War will host a music conference which will bring together people who help artists starting out in the music industry. This will include agents, bloggers and promoters, with plenty of opportunity to meet with key figures from music labels and publishing.

From the afternoon onwards, the various stages across the venues will come to life with performances by the 30 emerging artists.

With the curators including the likes of Guy Garvey, Lara Baker, Tim Burgess and Clint Boon, this is set to be an inspirational showcase and the chance to listen to artists before they make it to the big time.

Also involved is John Robb, known for his work on the Manchester music scene and with Louder Than War.

“As a music fan who listens to new music all the time and loves the way music culture has fast forwarded into the 21st century I am thrilled to be part of this new music conference that puts Manchester back at the centre of UK music,” says John. “There is so much great new music not only to talk about and listen to but also to discuss how we get to listen to it and encourage it into the future.”