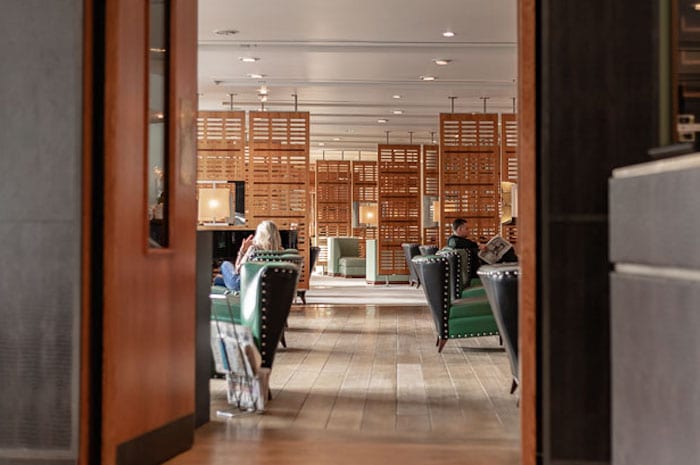 Following the departure of previous head chef Andrew Green, The Lowry Hotel has just taken on a new executive chef – and he has already been busy putting together a range of new menus for the five star Salford establishment.

Dave Ashton, who has previously held head chef positions at the Aiden Byrne British Grill at Macdonald Craxton Wood and Crewe Hall hotel and spa, was revealed to Manchester foodies at the beginning of February at an exclusive dining event which showcased his use of in-vogue flavours and innovative cooking techniques. 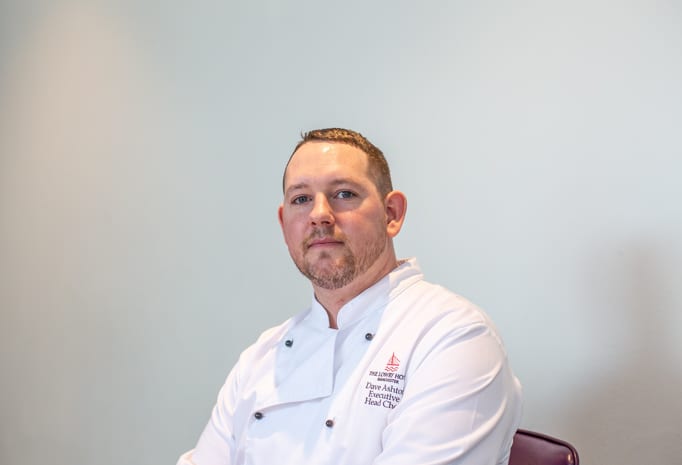 As well as adding his own touches to the a la carte menu, Chef Ashton has also put a spin on the River Restaurant’s Chef’s Choice menu which changes every month to showcase the best of regional and seasonal produce on offer.

For March, his selections reflect on the period of transition between winter and spring, mixing up cosy and warm dishes with lighter options as ingredients start to come into season. 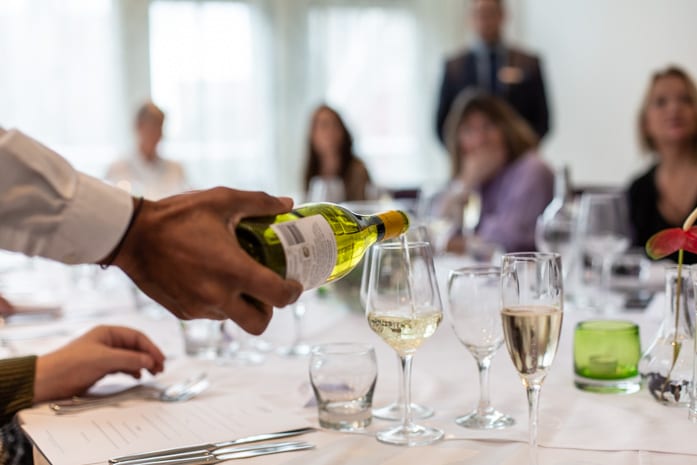 We’ve had a sneak peek and can tell you there are some wonderful spring ingredients present here with everything from fresh tenderstem broccoli to pan-fried Scottish salmon and tasty morsels of crayfish making an appearance – as well as hearty winter favourites such as beef shin and slow-cooked pig cheeks.

To start, Chef Ashton has created a French-style tart fine of creamy burrata and chargrilled courgette served with roast hazelnut pesto and marinated cherry tomatoes; a chilled chicken ballotine with sweet corn, chilli oil and smoked popcorn; and a salad of smoked haddock with crispy onions, a curried cream and softly poached eggs.

On the mains front, there’s plenty of comforting winter produce. About to move out of season, Ashton makes the most of flavoursome root veg here, pairing hearty swede mash with braised shin of Cheshire beef; root vegetable ragout with rich, slow-cooked pig cheeks, a sweet and nutty Tunworth cheese, and pork belly beignet (fritters to you and me); and a vegan dish of maple roast carrot and date puree with herbed pearl barley.

Sides worth shouting about include tenderstem broccoli with savoy cabbage, honey roast parsnips with sage butter, and chestnut and bacon creamed potato puree.

Our menu highlight, though, has to be the fillet of Scottish salmon which comes pan-fried and served with a sweetcorn and crayfish risotto, roasted almonds and a beurre noisette sauce (a French brown butter sauce with a nutty scent and flavour that works wonderfully with the roasted almonds).

There is also a selection of local cheese, all sourced within the county, available with all the traditional accompaniments for those who prefer to end their meal on a savoury note.

Available Sunday to Thursday every week, enjoy three courses for just £24.95 – which we think you’ll agree is an absolute steal.