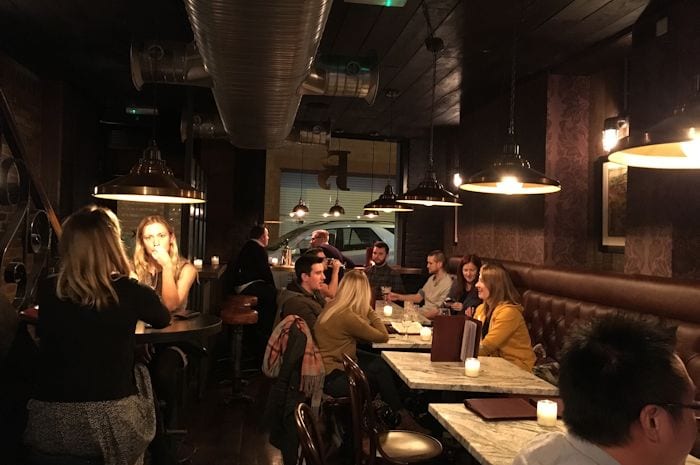 Going out on a whim here, but I think there’s a correlation between craft beer bars and splinters in your backside. Lots of wood, a big chalk board and the cream of the local brewers on tap. It’s what Manchester wanted and boy have we got it.

Some say we’ve hit saturation, others that as long as there are big queues for a drink, there’s a need for more pubs. But in recent times, bottle shops and tap rooms have lost some of the limelight as ‘beer halls’ pushing tank beer and the European experience have emerged all over the city.

Pilsner Urquell with a date on it doesn’t get me going, and neither do beer halls that turn into clubs about 9pm on a Friday. If we’re going to have bars championing European beer, it needs to be different to Schloss and Bierkeller.

Bøck Biere Cafe has taken over the premises vacated by Filthy Cow, a decent burger joint that didn’t excel in any particular area enough to fend off the competition. The Tib Lane location felt a bit off the beaten track. But for Bock, it feels spot on. 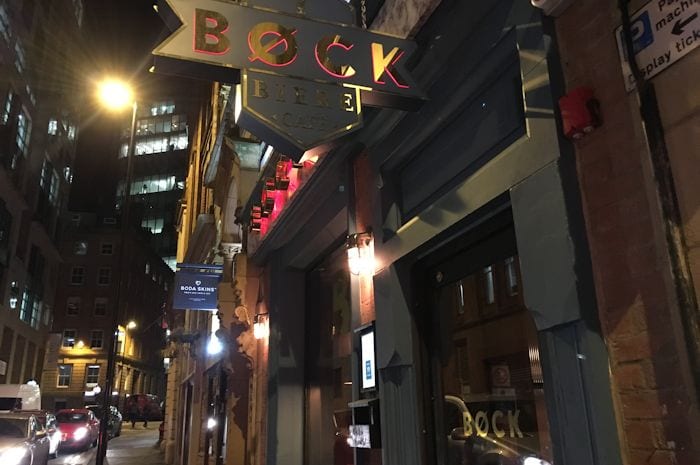 Make no mistake, walking in does not transport me to Brussels. But that’s not a bad thing. The space is taken up by comfy, leather-clad seating – no dancing spots in sight so far – and the vibe is just right – light, simple and warm jazz music plays as people quaff away and have audible conversations. Forgive me if I’m making this sound like a grumpy old man rant, but when did going for a drink after work with a mate involve shouting over ear-thumping drivel?

Ambiance aside, let’s talk beer. On tap there’s some familiar faces – Westmalle Dubbel and Vedett Extra Blond. We plump for two corkers in the form of a Chimay Triple and Lost and Grounded Hop-Hand Fallacy. Try saying that after a couple of pints. Considering they’re still in the soft launch stage, the beer is in excellent condition, tastes superb and the table service is the icing on the cake – or the syrup on the Belgian waffle, if you prefer. Thirst quenched, it’s onto the modest but impressive bottled beer and a classic – a bottle of Kriek Boon (no relation to Clint). 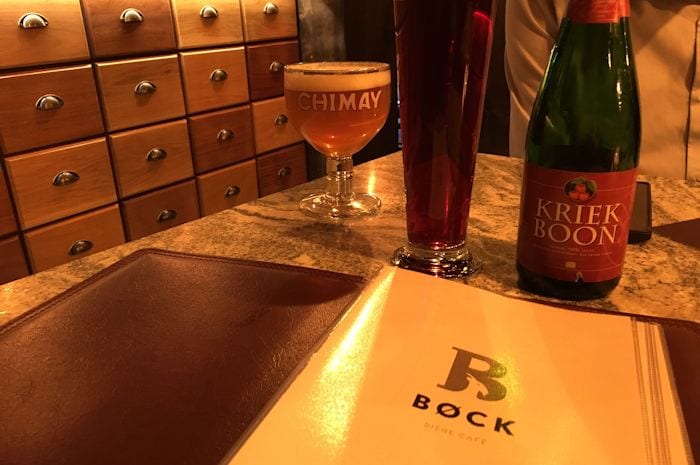 Bøck certainly haven’t reinvented the wheel here, but there’s just something about it that has me hook, line and sinker. Going in this close to Christmas, I expected cheesy drinks offers, ostentatious decorations and tat everywhere – but no, this is a bar for drinking and conversing and not much else, at the moment. A place where you can sit in comfort, worry about the bill later and forgot about the hustle and bustle outside.

Of course, this could all be subject to change. If I walk in and hear Gangnam Style at the weekend I’ll eat my words, but that’s not the impression they’re giving thus far. Bøck Cafe is doing something a little different without gimmickry or frivolity. Old school but not old hat. Food isn’t available yet to soak up all this high ABV goodness, but it’s in the works. For now, typical bar snacks suffice.