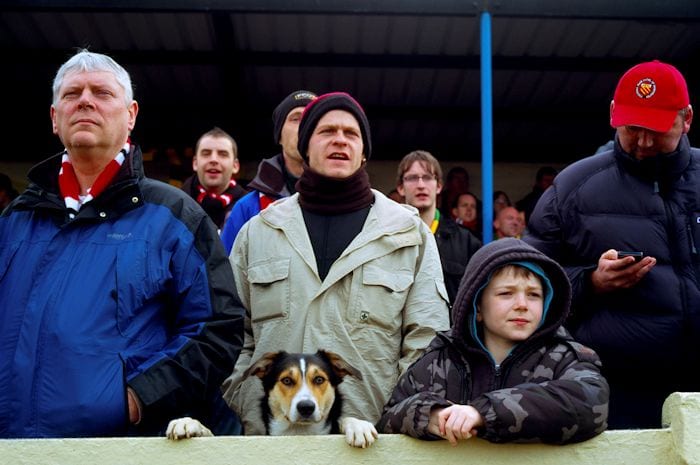 Renowned football photographer Stuart Roy Clarke’s journey around the football grounds of the UK started 30 years ago when he was appointed the first official photographer of the Clarke Trust, the body created to regenerate football following the Lord Justice Taylor Report into Hillsborough.

Since then, he has travelled the length and breadth of Britain, and taken thousands of photographs of the the people who play, watch and support the game.

He started showing his work around museums and art galleries in an unbroken tour spanning 14 years, showing at 86 venues. He also opened a permanent gallery to his work in Ambleside in the the Lake District.

An exhibition of some of his favourite photographs will go on display at the National Football Museum later this month. 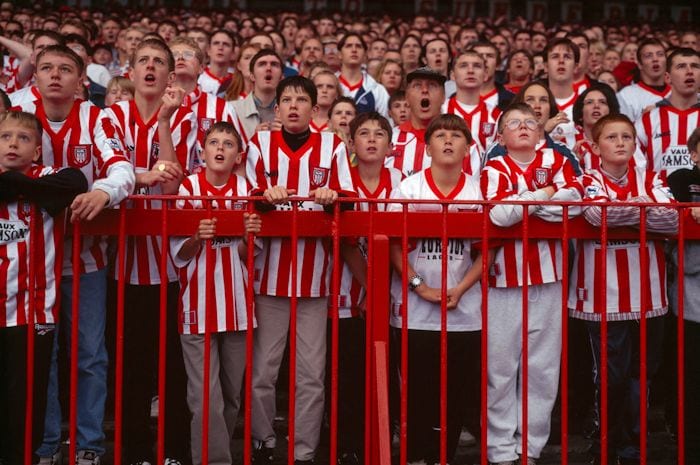 The Game will feature a hand-picked selection of some of Stuart’s favourite images taken over his 30-year long career, documenting the changing face of the beautiful game as seen through his lens and capturing what happens off the pitch as much as what happens on it.,

“When I started out, all I had was a box Bronica camera and Kodak film,” says Stuart, who is probably best known for his website, Homes of Football.

“I have since taken thousands of photographs of the top 92 clubs in the UK and more. These images are some of my favourites and capture the transformation of the top five leagues over the past three decades.”

The exhibition will be updated throughout its run with guest photographers including Britian’s first female sports photographer, Hy Money, and Manchester City’s official photographer, Victoria Haydn.

A feature of the exhibition ‘Whatever happened to?’ will focus on the stars of some of his best loved images. Stuart hopes to trace the subjects and re-photograph them as they are today.

“My thoughts have always been around uniting the fans and followers of the game,” says Stuart.

“Football is about so much more than what happens on the pitch; everyone has their own personal perspective, and this is mine – one that I have been lucky enough to capture and document for the last 30 years.”