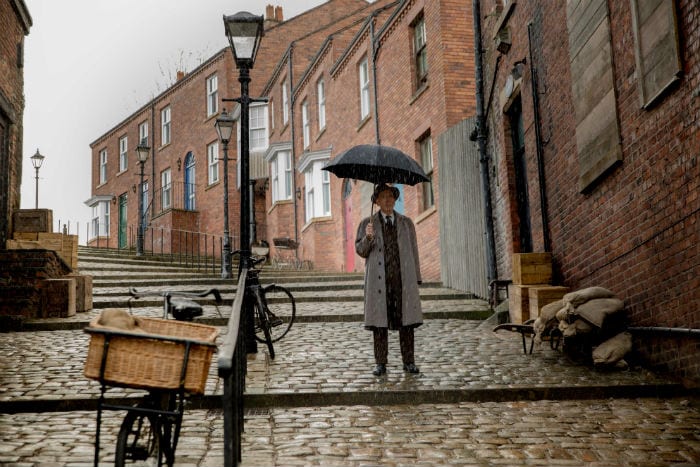 Set in Salford in the 1930s, the film is based on an original play by Martyn Hesford, who adapted his own work for the screen.

The film opens in Pendlebury, where debt collector LS Lowry (Spall) lives with his bed-ridden mother, Elizabeth (Redgrave). An aspiring artist, Lowry paints in his spare time, confining his work to the attic to avoid the cutting words of his mother, who’s convinced he’s wasting his time.

So convinced is Elizabeth of her son’s uselessness that even an invitation to show his work in a London gallery doesn’t change her mind. And in the film’s most heart-breaking scene, she delights in reading aloud a savage review of his work that she finds in the paper. 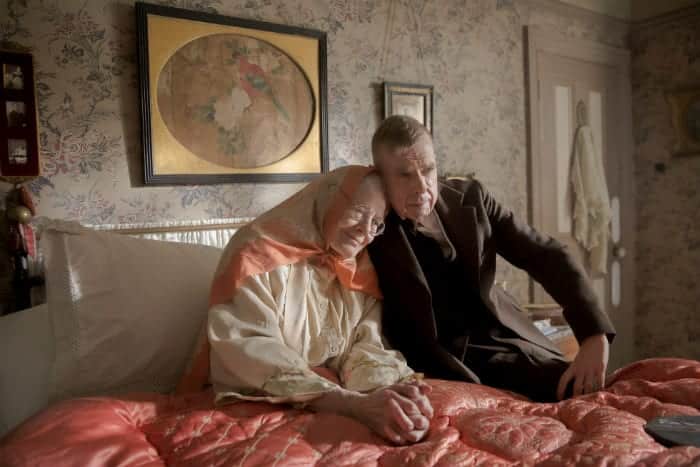 Apart from one or two brief trips outside (including a glimpse of a digitally-altered Bolton, where Lowry sketches factory chimneys), the film is a literal chamber piece, largely confining itself to Elizabeth’s bedroom and the attic, where Lowry occasionally paints his matchstalk men and matchstalk cats and dogs.

This gives the film a suffocating, claustrophobic quality that’s appropriate to the central relationship, but also emphasises the theatrical nature of the film, making it feel overly ‘stagey’ in places.

Redgrave is terrific as Lowry’s domineering mother, delivering a performance that is so bitter and resentful that you find yourself turning away from the screen in an attempt to get away from her.

And at 82, Redgrave is clearly enjoying herself. You can practically see the twinkle in her eye when the camera cuts away from her.

Crucially, Redgrave ensures that Elizabeth isn’t just an out-and-out monster. There’s a sense of tragedy to her, too, derived from the fact that her financially irresponsible husband died, forcing them to move to what she deems a less respectable area. In the absence of her husband, she takes all of her anger out on her son.

Throughout his career, Spall has always excelled when it comes to the art of suffering and is on magnificent form here, bound to his mother through love and loyalty but wincing with physical pain every time she insults and belittles him. 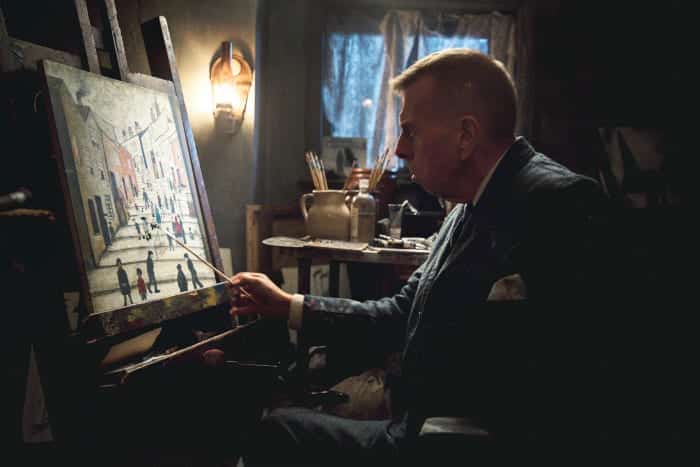 It’s a tightly wound, utterly heart-breaking performance and Spall lets you feel the full weight of it, as Elizabeth continually grinds him down.

To that end, there’s a fascinating element to Lowry’s career as an artist. On the one hand, he pursued his ambitions clearly in defiance of his mother’s wishes. On the other, he devoutly wished for her approval.

Consequently, the scenes where she refuses to recognise his talent, even when his career picks up, pack a powerfully emotional punch.

It’s fair to say that those looking for an insight into Lowry’s inspiration and background as an artist may well come away disappointed, as this isn’t exactly a traditional biopic. There are also surprisingly few of his paintings featured in the film, especially since we never actually see his gallery exhibition.

That leaves the film open for a particularly cheeky closing touch, in which the setting dissolves into the interior of Salford’s Lowry galleries and has a quick look round, with Spall there too. It feels a lot like a shoe-horned-in advert for the arts centre. But it’s also a bit like Lowry saying, “Who has the last laugh now, eh, Mum?”

Mrs Lowry & Son will have a gala premiere screening at The Lowry on 27th August, with Timothy Spall and Adrian Noble in attendance for a Q&A.