We all have our favourite romantic restaurant in Manchester, whether you prefer something casual or to really push the boat out.

But it’s not just about the day itself. For the Mail On Sunday’s food critic Tom Parker Bowles, a romantic restaurant is more about “eternal allure” than “short-term charm”. Because while Valentine’s Day falls only once a year, “true romance is eternal”.

With that in mind, Tom picked his top 50 romantic restaurants for the weekend paper. One of them is in Manchester – though it’s perhaps not the one you’d expect.

The critic’s choice for romance in Manchester is Asha’s, on Peter Street. 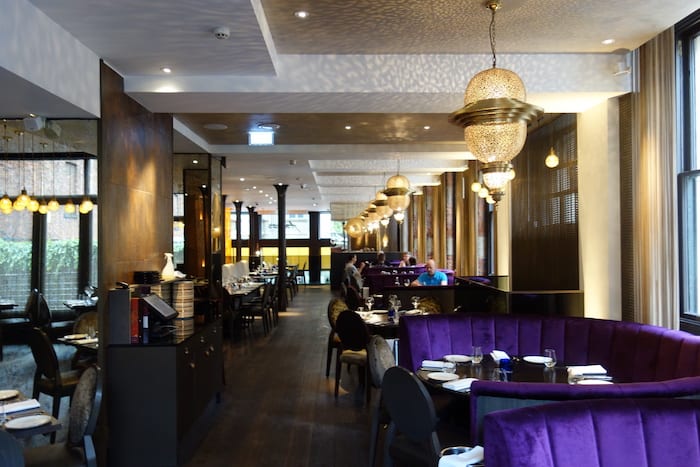 “Because nothing says I love you like a really good curry,” writes Tom, though he admits that Asha’s is “a cut above the usual flock-wallpapered curry house, with its regal purple leather banquettes and low, sultry lighting”.

Asha’s has become synonymous with Manchester’s fine dining Indian scene. With a place in the Michelin Guide 2020, the restaurant was founded by Bollywood legend Asha Bhosle and still uses recipes of her own creation to this day.

Kebabs are a speciality, as is the traditional masala recipe, suggests the Michelin Guide. 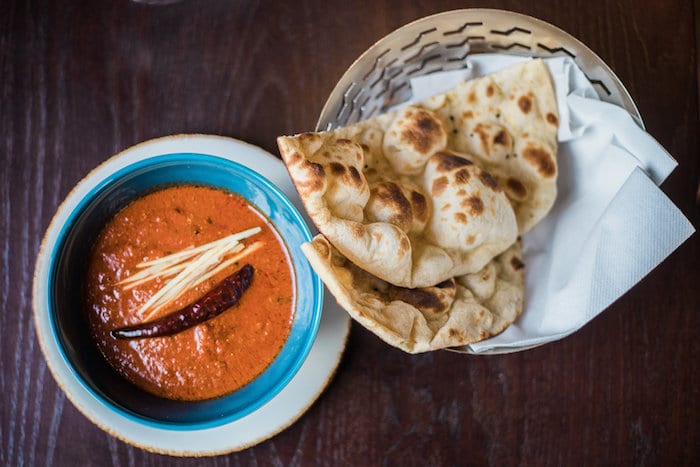 But if you really want to impress, “go big” advises Tom.

He suggests the Emperor’s Platter, which includes has tandoori lobster and prawns, lamb chops, venison samosa and tandoori murgh tikka.

Asha’s is the only Manchester restaurant to make Tom’s list of the romantic restaurants in the UK – though he does include several more in the North West.

Two Michelin starred L’Enclume in the Lake District makes the list for a “gastronomic pilgrimage”, as does neighbouring Sharrow Bay in Ullswater.

And in Lancashire, Michelin starred Northcote is included for its long dinners, comfortable rooms and “cracking good wine list”, as is the Freemasons at Wiswell, which also just came top of the 50 Best Gastropubs 2020.