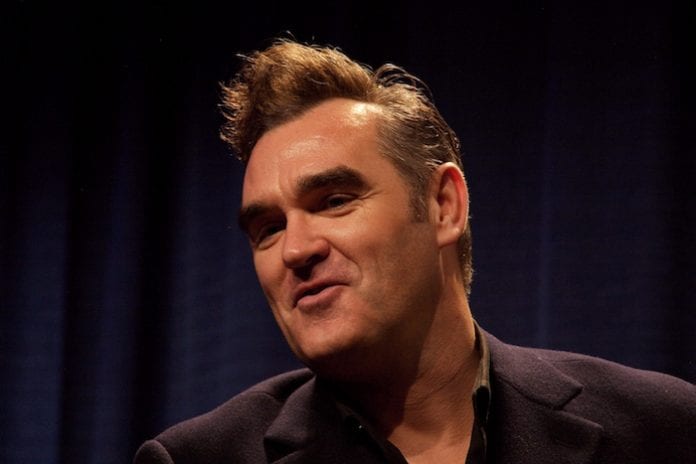 Manc music icon Morrissey has challenged General Motors to make two of its cars that are being marketed to eco-conscious buyers truly eco-friendly by offering vegan leather interiors.

The cars are the Chevrolet Volt, a plug-in hybrid, and the all-electric Bolt.

“More and more people are opting for vegan leather for the sake of both cows and the environment,” writes Morrissey to GM CEO Mary T. Barra.

His appeal comes less than a week after a PETA video exposé of gruesome cruelty to animals on ranches that supply leather for GM.

Here’s the letter in full:

As I head to Detroit to play the Royal Oak Music Theatre, I’m writing to ask GM to make Chevy’s Volt and Bolt more eco-friendly by giving buyers the option to choose vegan leather interiors – including steering wheels and gear shifts. GM is named in PETA US’s brand-new investigation of cattle ranches, on which animals are branded on the face, electro-shocked, and beaten before they’re slaughtered and used to make leather interiors for car companies, including yours.

More and more people are opting for vegan leather for the sake of both cows and the environment. A staggering 51 per cent of global greenhouse-gas emissions are caused by animal agriculture. Animal skins also have to be treated with a toxic soup of chemicals in order to keep them from decomposing, and runoff from leather tanneries poisons vital waterways.

Given that the Volt and Bolt are being marketed to eco-conscious buyers, entirely vegan options would only broaden their appeal. I look forward to your reply.

Morrissey has been vegetarian since he was very young and a PETA US member since his years with The Smiths. He made the change at about 11, inspired by his mother.  He has also been involved in animal activism and once said in an interview: “‘Eating meat is the most disgusting thing I can think of. It’s like biting into your grandmother.”  He also requests that the venues where he gigs do not serve meat products. Not a sausage.