Manchester pubs, bars and restaurants “are NOT major sources of transmission”

Manchester could soon be facing stricter lockdown measures again – but what impact would this have on the city and its people?

Sir Richard Leese, Leader of Manchester Council, has issued a statement outlining the key issues involved, and how the city should respond.

“We obviously share the concern of the Government at increased COVID-19 cases and  understand the anxiety about the impact on the National Health Service – particularly hospitals,” says the statement.

“We share their desire to reduce the number of cases and fully acknowledge that transmission comes primarily through people meeting.

“This means that we have to reduce the extent to which people meet where reasonable to do so but this has to be balanced with people being able to continue to meet in COVID-safe environments.

“The evidence we have seen strongly suggest that, apart from among students, most transmission in Manchester takes place in household settings and is compounded by those households increasingly not complying with guidance that they don’t understand and find confusing.

“Outside extreme circumstances, for example house parties that lead to noise complaints, enforcement of mixing between households is nigh on impossible and so reducing household mixing requires willing compliance.

“The best way to achieve that compliance would be by having a single set of suitable national rules and messages that applies across the whole country.

“In terms of reducing mixing with a real risk attached to it, self isolation on the back of test and trace is an essential component but we have been in discussions with Government for months about boosting the local element of test, trace and contact with little progress.

“This now needs to be given absolute priority because it is still the key to reducing cases of the virus.”

‘The curfew needs to go’ 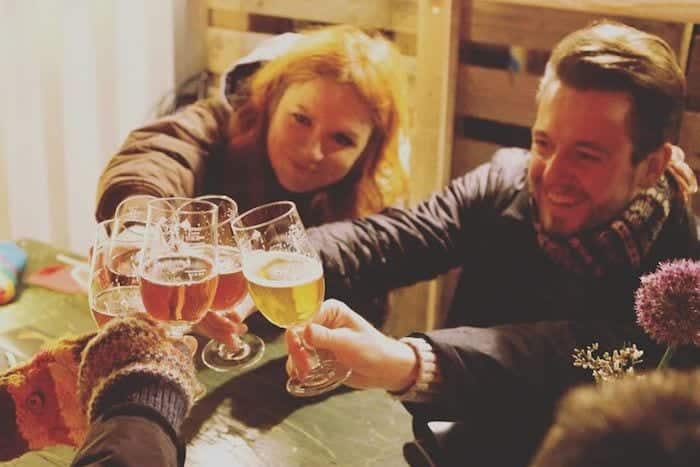 The statement goes on to discuss the hospitality industry, which many believe have been unfairly targeted with the 10pm curfew as well as the threat of closure – especially given that comparatively few cases have been traced back to bars and restaurants.

The number of licensed premises currently trading across Britain is 25,000 down on pre-COVID levels, with some 90,000 outlets trading by the end of September, compared with 115,000 in March, according to stark findings from the latest Market Recovery Monitor from Manchester hospitality consultancy CGA.

“A lot of emphasis has been placed on pubs, bars and restaurants,” says the statement.

“The evidence in Manchester is that these are not major sources of transmission and that if they were to be closed we would return to circumstances seen during the national lockdown when enormous numbers of people were still socially mixing but in an unregulated, non-COVID secure environment.

“The only difference this time would be that as the weather is now colder, more of this mixing would be taking place indoors, an environment far more likely to support transmission.

“We think a far better route to managing licensed premises, and other non-licensed premises such as shops which are also open to the public, would be to have rapidly-deployable enforcement measures to ensure they are following all the necessary measures to keep staff and customers as safe as possible.

“These powers should allow premises to be issued with an improvement notice and closed with 24 hours notice if they do not heed it. Fixed penalty notices are not working as a deterrent and only closures will have a real impact.

“This needs to apply more broadly than just to licensed premises and should include all premises that are open to the public.

“The current 10pm curfew for licensed premises needs to go because it is causing more problems than it is solving.”

“Measures already taken by the Government are having a seriously negative impact on the economy in Manchester,” the statement continues.

“Further measures risk posing an existential threat for enormous numbers of our businesses and the people who work in them.

“Work is a health issue and we know that people who are in employment enjoy better health and that people who lose their jobs can experience very rapid deterioration in their health, especially but not limited to their mental health.

“Actions which put people out of work will have both short-term health impacts and far more serious longer term consequences.

“We believe the proposals submitted by Manchester and other Northern cities allow us to address both at the same time.”

The 3am kebab just got healthier with new Stockport opening

When will lockdown end? New roadmap unveiled – and Manchester reacts

Manchester’s BrewDog Hotel given the go-ahead

Manchester’s BrewDog Hotel given the go-ahead

Rooms will have shower beer fridges, and the restaurant will feature a large outdoor terrace with 28 taps of draft beer

‘David’s idea to capture his experiences is not only artistic expression, but documenting Manchester’s history’

The 20-minute neighbourhood is more important than ever, says local developer