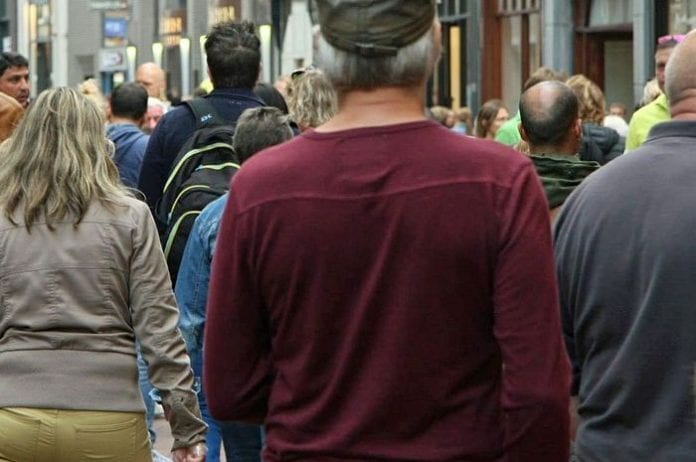 It’s not just Manchester’s roads which are becoming increasingly congested. Its pavements are some of the most overcrowded in the country, too.

Many of them are becoming gridlocked due to a growing population and a huge increase in the number of visitors to the city.

The streets of Manchester city centre just weren’t designed to accommodate the huge number of people who want to use them, especially on Saturday afternoons and in the weeks leading up to Christmas.

Now council chiefs are set to try a number of measures they hope will reduce congestion, enable people to get to their destinations more quickly, and reduce the number of accidents on the bustling streets of Manchester city centre. 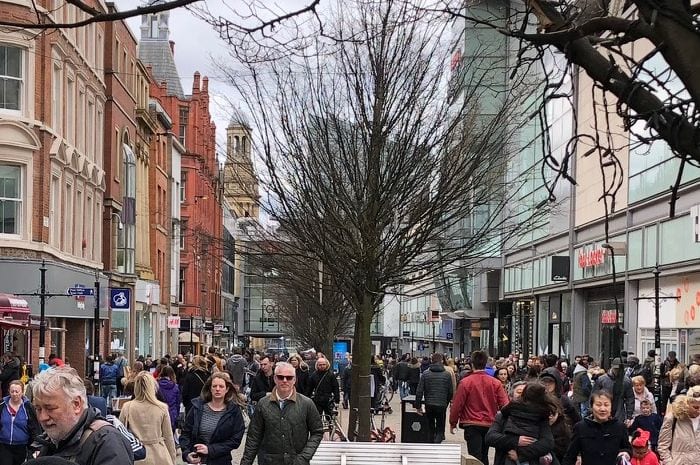 The most controversial measure is to ban the use of mobile phones in the most congested parts of the city centre at the busiest times of day.

That’s because pedestrians who use mobile phones walk at an average speed of around 1.5-2 mph – half as quickly as those who don’t.

Restricting the use of mobile phones won’t just speed up the flow of pedestrians around the city centre. It will reduce the number of accidents, too.

The pedestrianisation of large parts of Manchester city centre means that there are relatively few accidents involving motor vehicles.

“People who use mobile phones whilst they are walking pose a serious threat to themselves and to other members of the public,” said a council spokesperson. “As beneficial as they are, mobile phones present a threat to public safety.”

The mobile phone ban will be trialled during the summer months on Market Street. It’s one of the busiest shopping streets in the country and often comes to a standstill, especially on  Saturday afternoons when up to 80,000 people pass through.

The short walk from Primark at the top of Market Street to St Ann’s Square, which should take no more than than five minutes, can take anything up to 20 minutes on a Saturday afternoon – unimportant for the average shopper but far too long for someone who is late for a lunch date with a friend or who wants to get to Marks & Spencer before it closes.

If the trial is successful, designated no-go zones will be created across the city centre where mobile phones will be prohibited at the busiest times. Anyone in breach of the ban will be issued with a spot fine of £25 by enforcement officers who will patrol these areas.

People who are stationary whilst using their mobile phone will be exempt, providing they  take care when stopping to avoid any accidents.

In some cities, particularly in the USA, using a mobile phone is prohibited when crossing the road. But Manchester will be one of the first cities in the world to introduce a mobile phone ban in pedestrianised areas.

It’s just one of the measures which will be trialled during the summer.

Others include prohibiting street entertainers and people distributing religious materials from Market Street, and introducing a minimum walking speed of 4mph in the most congested parts of the city centre.

However, introducing special fast lanes for walkers has been ruled out as they are believed to encourage people to walk at potentially dangerous speeds in excess of 5 mph.