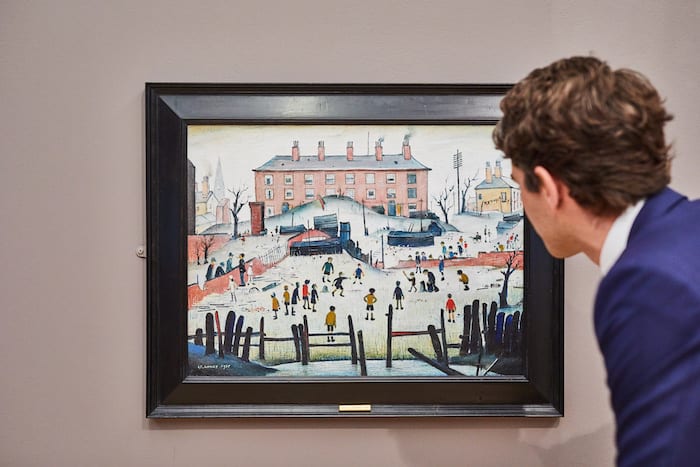 If you’ve got a cool million to spare, then a classic L.S. Lowry painting could soon be within your reach.

But for those of us with a decidedly lesser budget, for the next five days we will all get chance to see one of the Salford artist’s most famous works in close up for the first time in 20 years over at The Lowry in Salford.

The painting, A Cricket Match, will go on sale at public auction in June at Sothebys in London with an estimate of £800,000 – £1.2million.  But before that it goes on public display, from today, at the arts centre named after the Salfordian artist.

It is seen as a ‘classic’ Lowry – depicting children playing a game of cricket on a sloping hillside with a three storey building in the background. 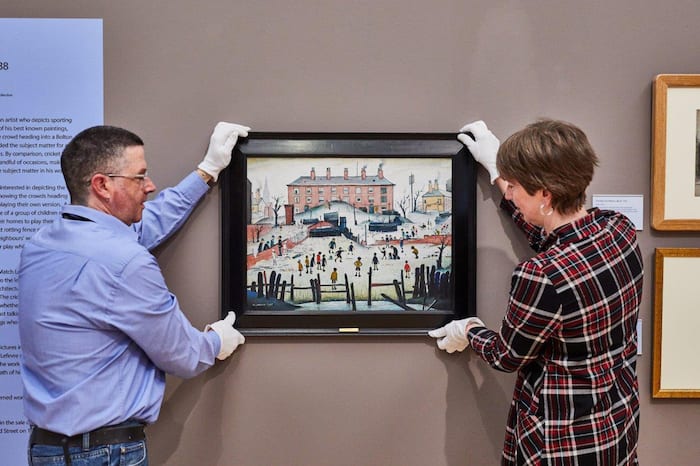 And it’s particularly fitting that it should go on display in Salford now – just a week before the ICC Cricket World Cup gets underway in the UK with a host of matches taking place at the LCC at Emirates Old Trafford.

Simon Hucker from Sotheby’s said: “This outstanding painting is in many ways a ‘classic’ Lowry – depicting the tough environment of the industrial cities of the north at the turn of the 20th century – and yet the subject of children engaged in a game of cricket makes it quite unusual.

One of Britain’s best-loved artists, L.S. Lowry turned his paint brush to cricket on no more than a handful of occasions. 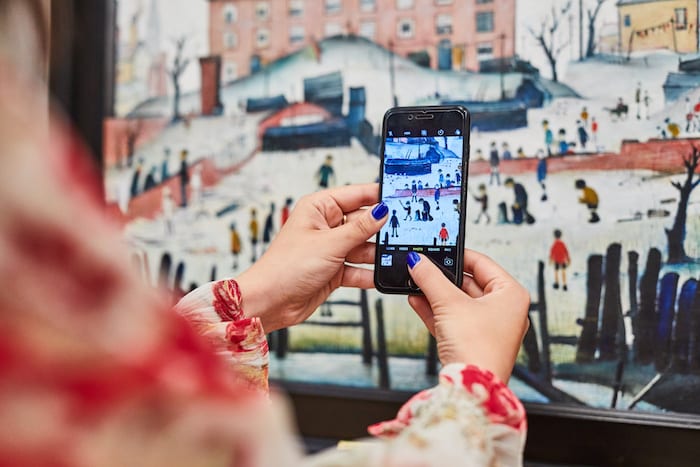 You can see the painting for the next five days at The Lowry (until May 27th). A Cricket Match will then return to London for the pre-sale exhibition in New Bond Street from 14th to 17th June.

Lowry’s interest in sporting occasions was always about the spectacle and the crowds that even informal matches drew. Cricket, as much as football, was at the heart of Lancashire life in the 1930s and so it is surprising that the subject only makes a few appearances in Lowry’s oeuvre.

Indeed, Lowry painted a formal cricket match just once. Here, the landscape could not be further removed from that of the hallowed turf at Old Trafford. Instead, the match plays out on an uneven waste ground, framed by a large dilapidated tenement building with broken and boarded up windows.

Painted in an almost ghostly pale pink, the structure has an exquisitely haunting presence – a ghostly counterpoint to the grand Victorian pavilion at Old Trafford.

At first glance, A Cricket Match appears to be a simple moment in daily life, yet Lowry has constructed it very carefully to ensure that the narrative unfolds slowly, enveloping the viewer in its poignancy.

A Cricket Match comes from the collection of Neil and Gina Smith. Although based in America, where he met Gina, Neil was born and raised in Greater Manchester.