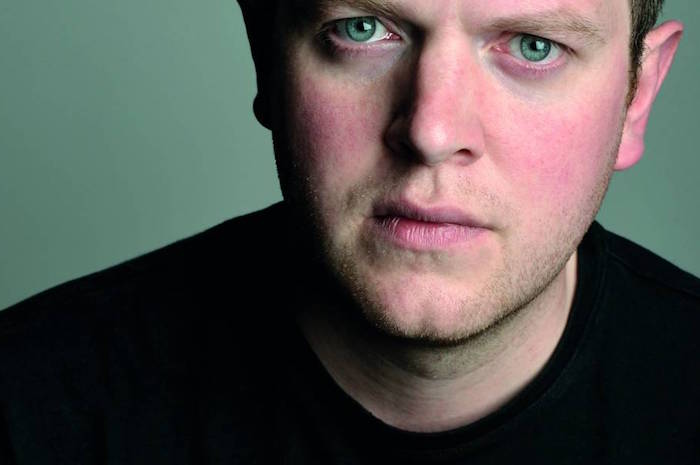 Miles Jupp, one of Britain’s most popular stand-up comedians and actors, is touring the UK with the world premiere of The Life I Lead, a one man show exploring the incredible life of actor David Tomlinson.

His early life was full of adventure and heartbreak. A World War Two fighter pilot, he suffered huge heartbreak with the tragic death of his first wife and fought to have his son Willie recognised as one of the first British cases of autism.

The man who portrayed one of cinema’s most famous patriarchs was also defined by his relationship with his own father – a remote eccentric who was hiding an extraordinary tragicomic secret.

Miles has appeared as a performer across a wide range of genres from stand-up comedy and theatre to major television series and Hollywood films. His screen credits include the award-winning BBC2 sitcom Rev, The Thick Of It, Outnumbered and Gary: Tank Commander, popular children’s TV show Balamory, The Crown on Netflix, Howard’s End for the BBC, and The Durrells and Bad Move for ITV. He has also appeared on Have I Got News For You, QI, Mock the Week, Michael McIntyre’s Comedy Roadshow, and Live At the Apollo.

Has your stand up work has prepared you for performing a one-man show?

It has in terms of knowing what it feels like to be on your own on stage. But the stakes are much higher with this. There are marks you’ve got to hit and a script you’ve got to obey. It’s more technically demanding than shuffling about muttering into a microphone knowing that people at the back will be able to hear you!

How did you start working together with writer James Kettle?

I used to host a radio programme called Newsjack. James had a meteoric rise as a writer doing that. Then we did a slightly bonkers radio show called It’s Not What You Know. That was the first time we sat in a writers’ room together. We just laughed all day. The way James has handled what at times is a difficult narrative in The Life I Lead. I’m in awe of his skills as a writer. I’m excited and intimidated by this script. I get to do things I haven’t done as an actor. Although it has a lot of funny and light moments, there are aspects that are heavier than anything I’ve been tasked with conveying before.

Are you excited about touring the show?

For me it’s one of the greatest delights to tour to places all over the United Kingdom. I love the feeling of going somewhere, putting on a show and people being there. And I love turning up to theatres. I really do. I sometimes think the best view of the theatre is the view from the stage, looking out. I hope that won’t be the case for this audience, of course. I hope it will be a tremendous joy for people facing the opposite way to me.

What makes live performance so special?

It’s about connections and atmosphere. You can be watching something on Netflix that has a moment of tension and that moment can be broken at any time by your bladder, your broadband or making a cup of tea. It should be more exciting than that.

What can audiences expect from a trip to see The Life I Lead?

I hope they’ll be entertained, moved and made to think. And I want people to come away thinking ‘I would never have thought he had a life like that’.