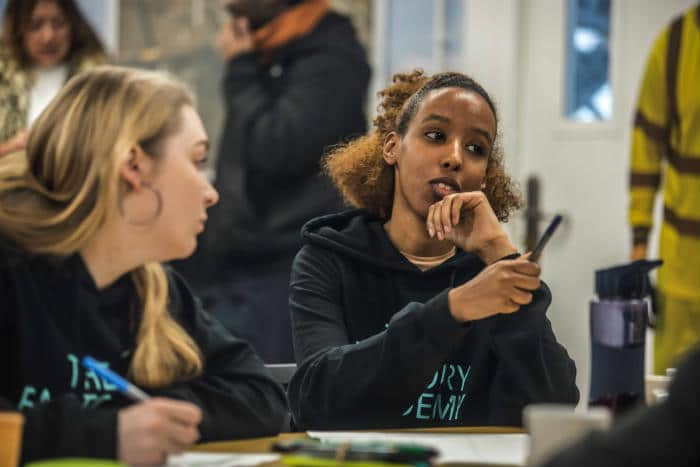 Manchester International Festival (MIF) has today announced a new skills and training programme which is set to benefit up to 10,000 unemployed young people living in Greater Manchester over the next five years.

Called Factory Futures, it’s part of The Factory Academy, which was launched by MIF in 2018 in partnership with a consortium of cultural organisations in the city.

The aim is to diversify the workforce in an important sector for the region – annually, the creative industries are worth more than £100 billion to the economy.

Factory Futures hopes to address the impact of the COVID-19 pandemic on youth unemployment, and has been designed to align to the Government’s recently announced Kickstart scheme.

Over the next five years it will see 1,400 young people aged 19-24, who are unemployed or on Universal Credit, take part in a range of pre-employment training programmes including training academies, work experience programmes, traineeships and paid internships.

Over the next year, opportunities for 140 young people will start with a two-week creative training academy in October which will provide key digital skills, behind-the-scenes insights, and guidance from industry experts.

Then in January 2021, ten young people will have the chance to undertake a six-month paid internship with MIF in roles such as sponsorship, press, producing, marketing, operations, creative engagement and artist liaison.

Around 60 young people have already benefited from the Factory Academy, including five apprenticeships delivered in partnership with Royal Exchange Theatre, Manchester Metropolitan University (MMU), HOME and The Lowry.

Through principal contractor Laing O’Rourke and their supply chain, The Factory is also creating up to 50 construction apprenticeships.

“We’re putting skills and training opportunities at the heart of The Factory,” said John McGrath, artistic director and chief executive at MIF and The Factory.

“Through The Factory Academy, young people from Manchester and the city region are already gaining valuable experience as an entry point for the creative industries, which are an increasingly important part of our city’s economy.

“Over the next five years we’re creating thousands of new training opportunities – including roles as part of the MIF team as we prepare for next year’s Festival.”