Fit Chef is a new ready meal delivery service designed to meet the needs of fitness conscious food lovers. It’s all about achieving a balanced lifestyle. And they don’t skimp on flavour.

Founders Will Lee and Matt Williams, personal trainers and professionally trained chefs, are long-time mates from Wilmslow and Altrincham whose new business venture was inspired by their travels. 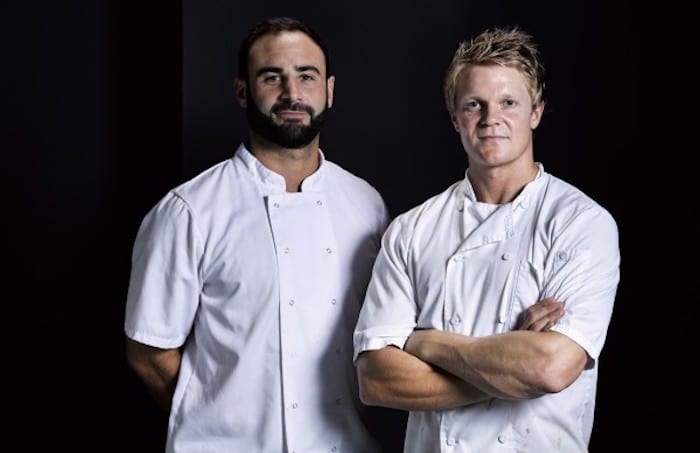 “We have known each other for a long time,” says Matt.

“I went to school with Will’s older brother and we became friends as a result of that and going out for a few beers here and in Australia.

“We set up Fit Chef to combine our passions of food and fitness. Both of us have been professional chefs and then personal trainers. I approached Will about starting Fit Chef and we started to come up with ideas and it just went from there really.”

The pair wanted to try and share their ideas of long term healthy eating.

“So many people, as soon as they hear the words ‘healthy food’, think it will be plain and boring – the same old dry chicken, rice and overcooked vegetables in a plastic container,” says Will. 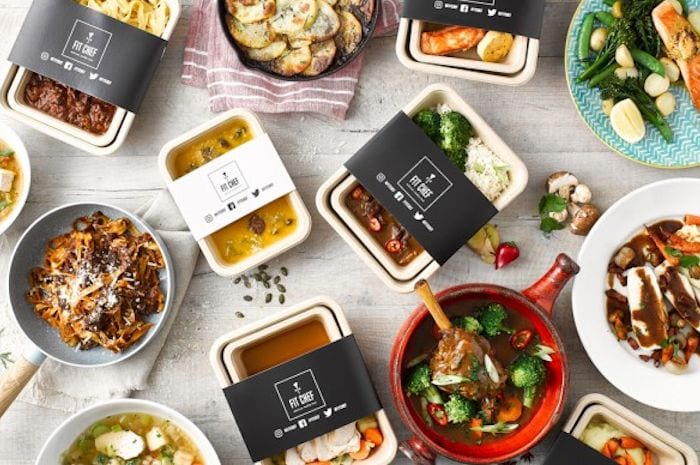 “We are all about delicious food that’s good for you as part of a busy, active lifestyle.”

Both are enthusiastic about keeping fit. Will had been a keen rugby and tennis player at school and into his 20s but found he had little time for team sports once he became a chef. Instead he hit the gym, though he still loves watching sports.

Matt tells a similar story: “I have always been into sport playing football, rugby, squash, tennis, cricket, golf… the list goes on. I was overweight and unhealthy from leaving school and going to university and on to chef school.

“I got into Crossfit and re-discovered my love of fitness, sport and physical activity. I lost weight and got back into shape, which sparked my interest in healthy eating.”

Will admits he sometimes found it hard at chef school having never really cooked anything before going. Learning classical cooking techniques was tough but exciting, and now he’s able to use his professional skills in creating the Fit Chef menu. 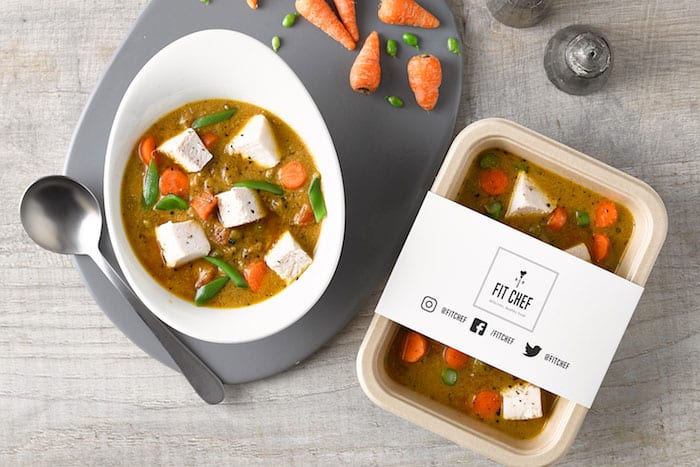 Matt had cooked a lot at home and enjoyed it, but he found learning classical techniques during chef training  challenging. Everything had to be done in a particular way to create a solid foundation to go into a professional kitchen and hit the ground running.

“A professional kitchen is nothing like cooking at home or chef school,” says Matt. “The pace is much, much quicker and you have to crack on to survive. The hours are tough, and that was eventually why I moved on. “

Both Will and Matt attribute their time abroad as a major factor in their decision to launch Fit Chef.

“In Sydney, eating well as part of a healthy lifestyle is much more evident – though I suppose it was easier to get up at 5.30am and train on the beach,” says Matt.

“There was such an amazing selection of fresh ingredients and especially seafood. Some of the sushi was the best thing I ate whilst I was away.”

For Matt, the creation of the menu, and of Fit Chef itself, was inspired by his travels through California, Hawaii, Australia and parts of South East Asia.

“I have been lucky to get to travel to these amazing places and definitely look to things I saw whilst traveling to influence what we do at Fit Chef,” he says.

“Naming the favourite thing I have eaten is hard, but my first experience of eating Poke in Maui was brilliant as I love sushi and this was similar with a Hawaiian twist.”

Their experiences made it quite quick and easy to come up with plenty of ideas for the Fit Chef menu… the only problem was they had too many ideas! They say it was hard to strip back the recipes without sacrificing on taste so that they were nutritionally sound.

“It has been a good process for us both to look at scaling up the recipes,” says Matt.

“In a restaurant you are cooking a few portions at a time, whereas we are now cooking in much bigger quantities. We had to find ways to break down how we produce certain elements of the meals to suit food production and then ultimately train staff to help us in the kitchen.

“We have also been very particular about the sourcing of our ingredients. All the meat we use is British and we use some great suppliers for vegetables, too.”

The pair use only top quality ingredients, and nothing goes into their meals that they wouldn’t be happy to eat themselves.

They also don’t really believe in “diets”. Neither has been on one and they prefer to eat healthy or well in the long term.

Both Matt and Will are active and enjoy “smashing the gym” and eating Fit Chef meals Monday to Friday. At weekends, they cook at home or eat anything from sushi or steak and chips to pizza or cake.

It doesn’t get more balanced than that.