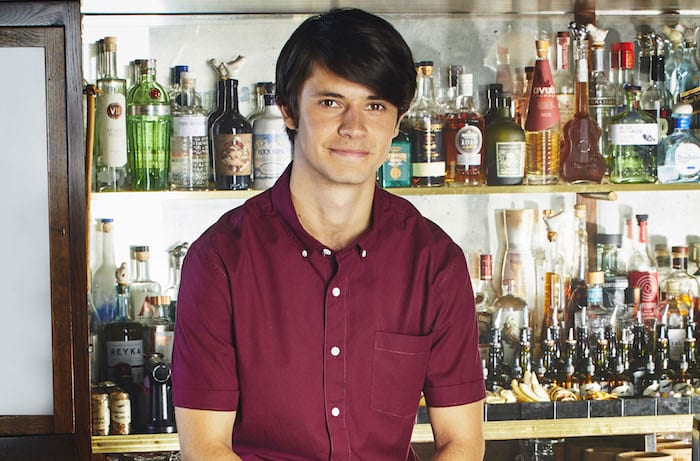 When Manchester actor Cel Spellman was cast as James Nesbitt’s son Matt in Cold Feet when it returned after a 13-year hiatus, it was “a bit of a dream” for him – even though he wasn’t aware of the show’s legacy when he auditioned for the part.

Ahead of the series’ return in January, the 23-year-old talks about filming in his home city, telling Nesbitt he’s an embarrassment and wishing he had his character’s confidence with girls.

Did you have any memories of the earlier series?

No, but my mum watched it so she was a fan. She said it was a big series and I said, ‘Are you just trying to be nice?’ To be honest, when I was auditioning for it, I went back and watched a few episodes just to get a feel for it. When I got offered the role I went back and binge-watched it all and once I was part of it, realised how massive it really is. It was like, ‘Oh right, mum, you weren’t lying’.

Could you see what the appeal was?

Yeah, and what’s been great is it’s stayed since its comeback. It takes you on a real rollercoaster, the way the stories are entwined and unfold and the situations they find themselves in. Sometimes you think that’s a bit too far but when it comes to putting it on screen, and how these guys perform it, it all feels so real and plausible.

He’s an absolute dream. I can’t speak about him highly enough. I always felt lucky how he took me under his wing and how welcoming he is, and he’s become this friend, father figure and a bit of a guidance in my life. And I’ve learnt so much from him as well. A lot of my stuff’s with Jimmy so I get to spend so much time seeing how he does it and what I can use myself and put forward in my career. I’m very grateful to have had the chance to work with him.

Matt tells his dad some home truths this series. What was that like?

Filming it, I didn’t feel like I was telling James Nesbitt ‘You’re an embarrassment’ but I was having those little thoughts [of feeling daunted] early doors when I was around him because I’m a big fan. Some of the films he’s done are some of my favourite, genuinely. Now we’ve built the relationship and I’ve known him for a few years, I’ve kind of got past that a little bit.

I always had that feeling like I don’t want to get in the way, I’ll keep myself to myself, I don’t want to be a nuisance, but now it’s become really comfortable. Starting this series felt like school holidays, when you have those few weeks off, and then you’re back and it feels like you’ve never been away. That’s how it was for me this year. I felt like I hit the ground running. Saying that, you still have those thoughts where you’re very happy to be there and hoping they don’t want to get rid of you.

Matt does well with the girls. Has that translated off screen?

I wish. I’m still waiting for that to happen. I wish I had a bit more Matt in me basically. He’s very good but I’m woeful if I’m being brutally honest about myself. But I think it’s great that young people are on board watching it. I know chatting to Mike [Bullen, the creator], that was one of the things he really wanted to do, to make sure that as well as all the fans from before loving it, we tried to bring in a new audience.

How does it feel to film on home turf?

I’m the envy of a lot of friends because I’m the one who gets the jobs filmed in Manchester. But I’m very proud of Manchester and genuinely think it’s one of the best cities in the world. I’m between here and London but a real home bird. And the series really does show Manchester in its best light. Some of the shots, even I’m like I didn’t know Manchester could look that beautiful. And it’s got this charm. If we were to do this in London or anywhere else, I don’t think it would be quite the same.

Are you excited by how much is being filmed in Manchester?

It’s at the very start of change. People from London don’t understand the trouble you have coming anywhere outside London, particularly Birmingham upwards. If you’re based in London, it’s £3 for a travel card. For my mate or myself to go and do an audition, it’s £80 and it takes a lot of your day so it is difficult. The hub and the heart of the industry is still very much in London. All the auditions, all the meetings, a lot of where everyone is based is still in London. But there’s more than ever being filmed in Manchester and as a proud Mancunian, I’m so, so buzzing.

Has the role opened doors?

It does help going into an audition. To say I’m working on Cold Feet is massive and everyone knows it and it’s also helped me transition into a young adult actor. I’d done quite a lot as a kid and a bit inbetween, like [Russell T Davies’] Cucumber, but I’m a little bit older now and I’ve been able to have these three years on this job, growing up.

What’s next for you?

I’m doing something really exciting at the moment, a new Peter Bowker series called World on Fire, which is set in World War Two and it’s being filmed in Prague and Manchester, which is great. Then it’s back to meetings and auditions to see what comes next.