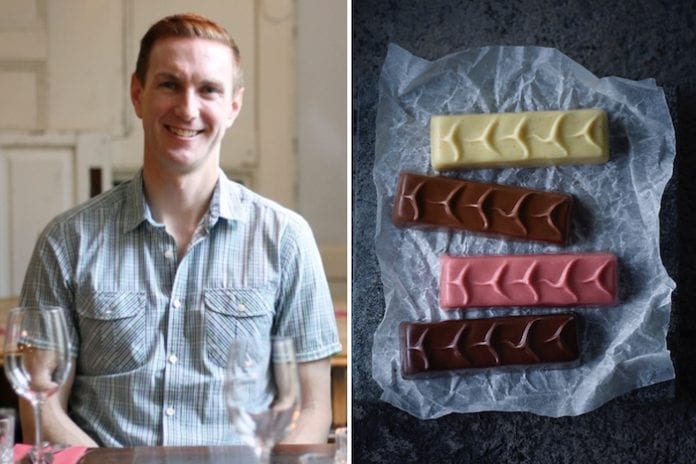 Having wowed both the judges and viewers last year with his stunning dishes on BBC’s MasterChef, Stockport-based finalist David Crichton has now launched a range of handmade luxury chocolate bars.

And the beautiful chocolate creations, the first batch of which has sold out in record time, may look familiar to fans of the TV cookery competition.

“We were asked to create a dish for an idol,” David explains when asked how he came up with the idea for his Careless Collection, the first ever MasterChef dish created for the show that has been brought to life for retail.

“I decided to do on a play on words with George Michael’s Careless Whisper and a Cadbury’s Wispa. I instantly thought of a chocolate delice dressed up as a chocolate bar.

“I then needed to make it careless, though. Hence I made the ‘Wispa Gold’ and purposefully broke it onto the plate – the one I was ‘careless’ with.”

It’s been about six months from making the decision to getting the chocolate bars to market, says David.

“As I’m not professionally trained, I was having a terrible time making them to start with,” he admits.

“It was 50/50 whether they would come out of the moulds or not. I then taught myself some chocolate science and practised until I was 100% successful. After this I rolled them out at my supper clubs.” 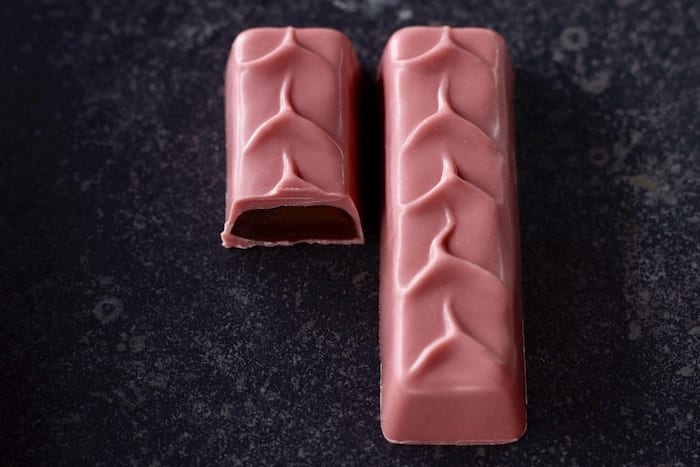 It was while walking around Manchester’s Christmas markets that David realised how unique his creations were.

“Nobody made anything like them,” he says. “They don’t even exist on google, either.”

Did he have to be careful with the name?

“Obviously I needed to careful not to tread on any big boys’ toes. A name is a trademark, a technique can be patented, but a luxury chocolate bar has no boundaries. I knew I had to drop the ‘Wispa’ in any guise,” he says.

“But I’ve kept the ‘Careless’, and carefully ‘drop’ the letter ‘a’ as a play on words in the logo.”

The flavours in the Careless Collection are certainly unusual. 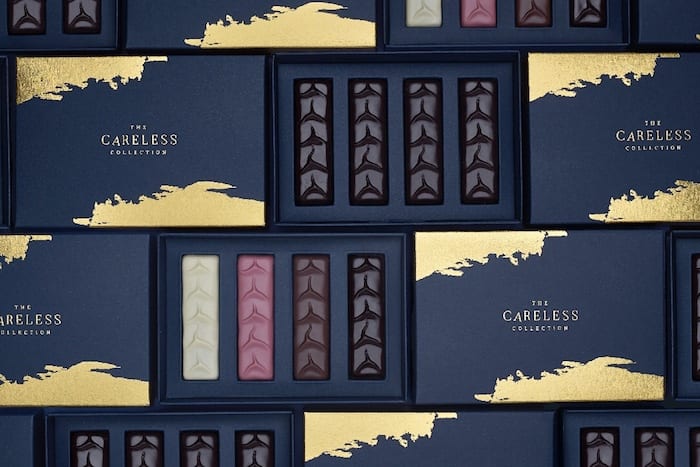 How does David come up with the flavours, and how does he know what will work?

“The one thing I learnt from MasterChef was that it was my palate that got me where I did,” he says.

“I love to push anything as far as it can go – textures, smells, tastes… So I developed the bars around the base chocolate. A blueberry truffle chocolate is very one dimensional, not exciting enough.

“So my blueberry has the basil aroma, with the blueberry and Tonka bean being a unique combination. 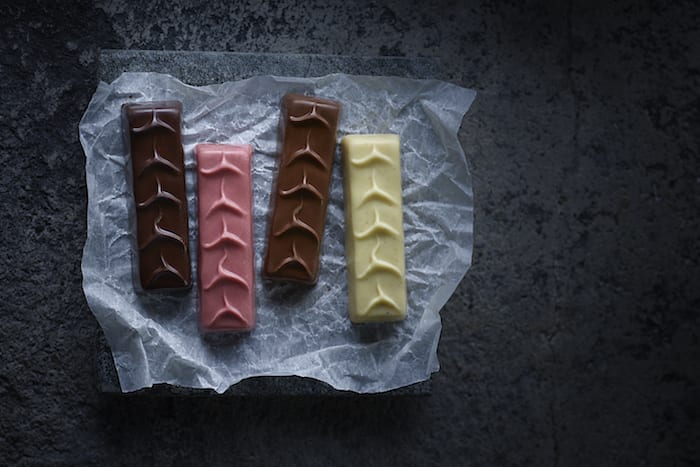 “The Manchester tart recipe actually came from some protein bars I made years ago. Essentially you need the predominant flavours to come through: raspberry and coconut.

“The custard of the tart can be replaced with other vehicles. You still get a wonderful bite from the chocolate, so you don’t miss the pastry.”

There’s a gap in the market for inventive vegan chocolate, he believes.

“Vegans are generally massive foodies and are limited by what they can have. Whereas to me it was straightforward, just use a dark chocolate shell and put some different flavours to it. 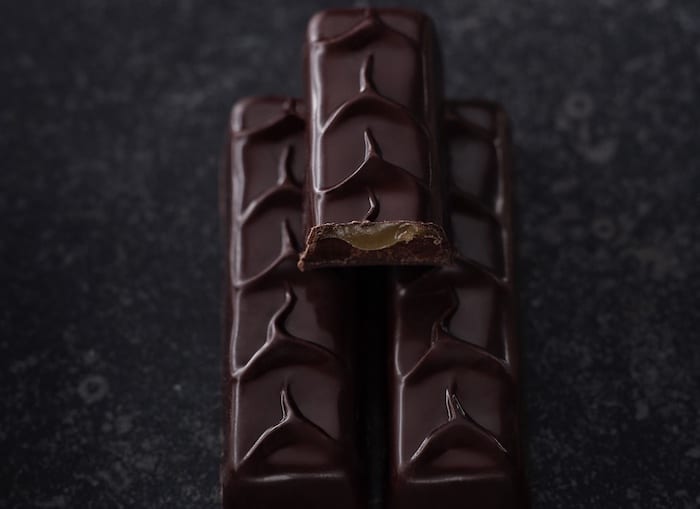 David, who moved to Didsbury in 2004 and has spent the past few years living in Bramhall, has always been a keen cook. But he also holds down another demanding job.

He has been a commercial airline pilot since he was 19 with over 10,000 flying hours under his belt.

How does he find the time to balance planes and pans?

“Luckily time management is one of my fortes, but I’m not going to lie that it is pushed to its limit at the moment,” David admits.

“I fly long haul, get back, make chocolate for two days, fly away, come back and repeat. It’s not sustainable, and my part time application has just gone in.

“I need to be able to do the product justice and develop new collections. I can’t do this on my current timescales.”

If that means David will soon be thrilling the city’s tastebuds with even more exciting luxury chocolate bars, we can’t wait.

David Crichton’s Careless Classic and Vegan Collections are priced at £12.50 for a box of four different bars. They are currently sold out, but more will be released on Saturday 18th May.