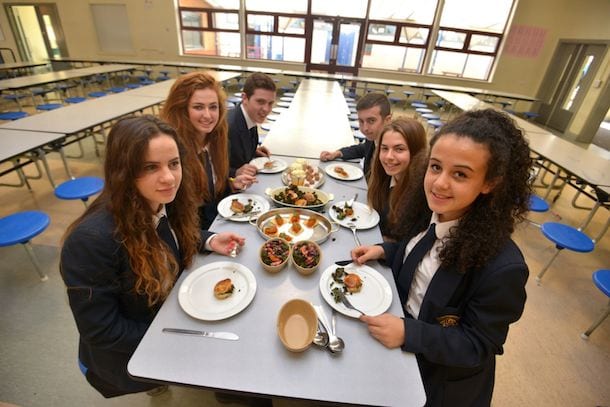 Someone once said that children are the future. Treat them well and let them lead the way.

With that in mind, one story in particular caught my eye this week.

The school head says he wants to throw out the plastic chairs and trays and turn the canteen into a restaurant. There’ll even be a specials board, and one of the dishes on offer recently was day-caught smoked mackerel, with beetroot and kale salad and a lemon and rosemary chocolate truffle for dessert. 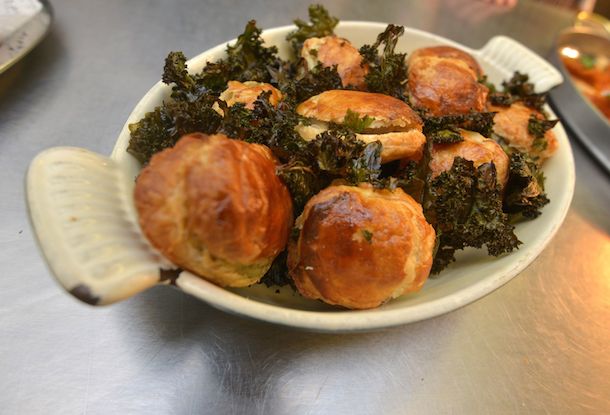 Break time treats will be upscaled from the usual toast and milk to chocolate mousse with caramelised biscuits and cream.

Quips about this only happening in Chorlton aside, should we be doing more as adults to encouraged kids to eat food that’s a bit more…grown up?

I say this as a parent to two children – a seven year old and a three year old. They’re pretty good eater – raw veg and houmous is a popular snack, but then again, so is a bag of Monster Munch.

The only way I can get my youngest to eat peas is to tell him that they might turn him into The Incredible Hulk. I am painfully aware such methods have a shelf life. And the carrots they liked yesterday, they don’t like today.

The foodie parent has to wrestle with the constant moral paradox of wanting to give your kids the food you enjoy (and is therefore wholesome and ‘correct’) versus something they will actually eat. Sometimes, you just admit defeat and give them spaghetti hoops on toast, staring mournfully at the harissa lamb stew and cous cous you’ve spent four hours making.

It’s too easy to fall into the trap of ‘something with chips’ and ‘pasta with something’ – so seeing a school actively trying to broaden the gastronomic horizons of their pupils is encouraging.

The Loreto kids will still take some convincing, I’m sure, even in the food aware, upwardly mobile Chorlton. 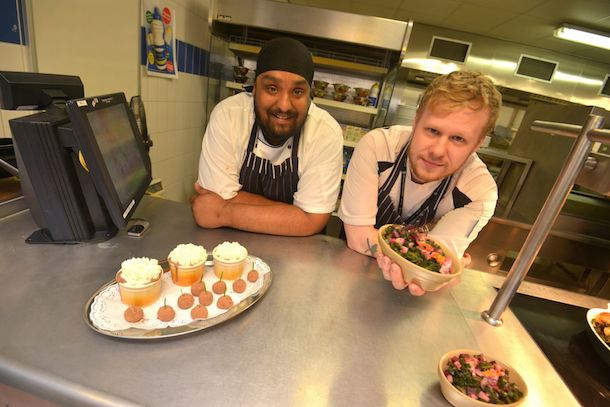 ‘The kids don’t trust some of the things we put on the plates,’ says Leavy, ‘but most of the time they end up loving it. I’ve got plans to deliver some ambitious dishes in the future – we want to start them on macaroons soon.”

What’s not to love about a macaroon?

The fact that this move by Loreto is seen as out of the ordinary should actually reflect on the rest of us than it does chime with the perceived organic hipster stereotypes levelled at one particular south Manchester suburb.

Jamie Oliver has already taken on the school dinners issue, largely shouting in from the outside, and against resistance from schools and their kitchen staff. So to see a school take the initiative by hiring chefs with a background in ‘proper restaurants’ could do more than just alter the menu.

We need to make young people comfortable with the idea of eating in a restaurant; to not be scared of menus containing food they have never seen or heard of; to try new things; to educate and inform the next wave of adult foodies and catering professionals

As parents though, sometimes we just have to chill out when it comes to food. I don’t think I ate a vegetable until I was 23 and I seem to have turned out reasonably well, in a nutritional sense.

If Loreto can get a kid to eat kale so they don’t sniff and prod it with apprehension and suspicion when Mum or Dad puts it on their plate, more the better.

If Manchester’s food scene is growing up, we have to make sure we’ve got the next generation of diners willing to support it too.