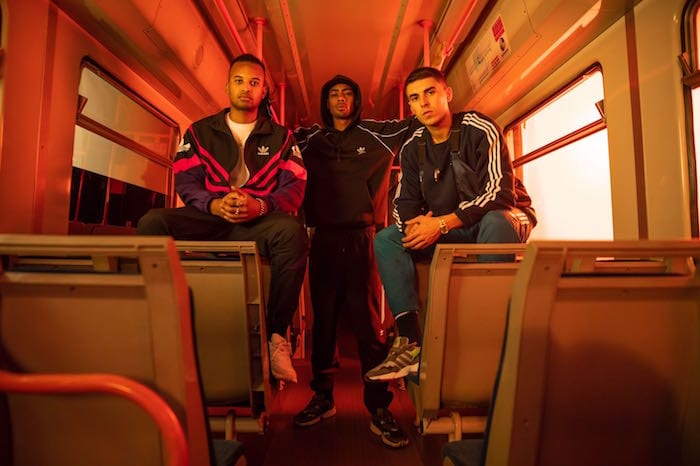 if you’re not familiar with the guys yet, we figured it’s about time you got to be.

Heralded last year in The Skinny as the kings of Manchester’s nightlife scene, their sell-out events have been described as offering their promoter peers a “schooling in postmodernism” – a nod to the trio’s penchant for utilising nostalgic themes to stylise their hugely popular MVSON parties.

The Manchester trio got their first break with a residency at Sankeys in late 2012, which led into a second residency at Hidden where they started to find their feet as an outfit.

Over the past couple of years, they’ve been vehemently pushing their brand of rolling house to new heights: growing their MVSON series across Manchester and London, playing festivals and clubs across the globe, and performing some iconic sets with Solardo at the Warehouse Project – picking up support from the likes of Patrick Topping, Jamie Jones and the Martinez Brothers along the way. 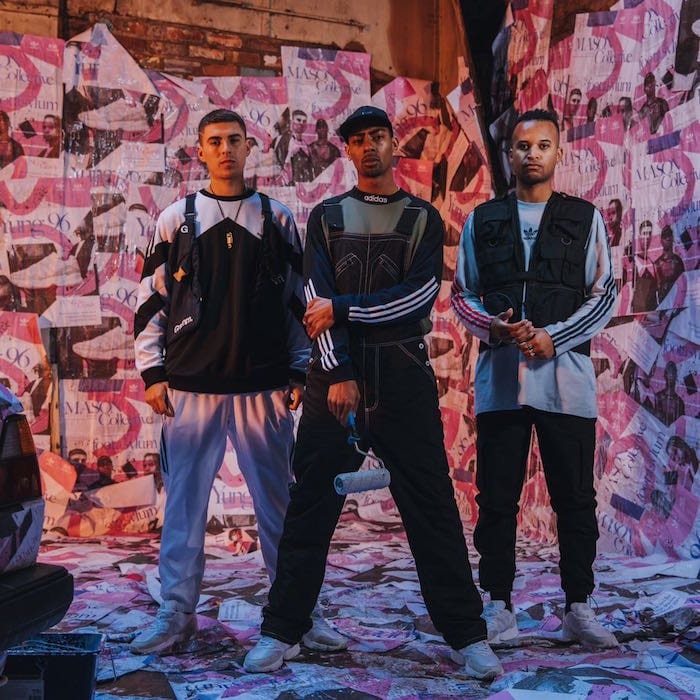 As part of their Footasylum x Adidas campaign unveiling this Thursday 13th December they’ll be hosting an exclusive launch party in the Brickworks basement hideaway beneath Barton Arcade.

Hidden two levels below Deansgate, staying true to form the event has been designed in their style and is all themed around industrial 90s rave culture.

Harking back to the iconic acid house era, they’re going all out: with a trapped Vauxhall Nova parked in the middle of the rave and a 90s style bedroom with N64 games on old monitors and retro posters adorning its walls.

There’ll also be an ice cream van serving up slush puppies, booze a-plenty (we’re crossing our fingers for Hooch) and glow sticks to give it that extra 90s guerilla edge.

We grabbed the guys for a quick chat ahead of the event to find out what it’s like to be fronting their first national campaign, what Manchester streetwear brands we should be keeping an eye on right now, and how all of this fits with their own strong DIY ethic.

How did you get involved in this campaign with Adidas x Footasylum and how did it feel to be asked to be part of it?

It was pretty natural. We’ve been planning on working on something for a minute, and they thought this campaign would be perfect for us. The Yung 96 takes inspiration from the 90s, a time when promoters had a sort of DIY ethic, similar to us, and the team thought it would be cool to throw one of those 90s style warehouse parties for the launch. To be the face of a national campaign is crazy, and to do it in our own style is even better. We’re hyped for everyone to see it!

When we spoke at Parklife you were bigging up local fashion brands – who in Manchester are you rating at the moment?

We just dropped another collaboration with our boys from Gramm which you can cop on their website. They’ve been killing it recently and their new WAX collection is out now as well. Drama Call and Cote are two other sick brands that are coming up at the moment. There are so many young creatives that are doing a lot for Manchester.

We saw some shots from the ad campaign shoot on your Instagram – what can you tell us about that?

All teams came together and planned a really sick shoot for the campaign. It kind of ties in with what we’ve been doing in the city over the past few years so there are shots of us putting posters up, catching the met, we even bought an old MRK1 Golf to get about in. It’s crazy.

What can we expect from the upcoming event?

We’ve all put our resources together and really gone crazy with the concepts for this one. The installations and interactive elements we’re building are probably some of the best we’ve come up with. We’ve put a sick twist on the 90s aspect, can’t wait for everyone to see what we’ve got locked in.

We’ve got a few releases coming up for some labels that we’ve been aiming for from the start so we’re finishing those up at the moment. We just had a remix come out of MK’s Back & Forth as well which is available now on all platforms.