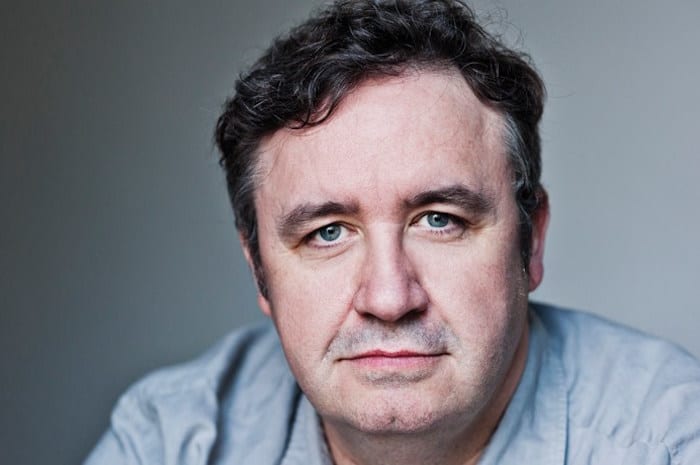 Mark Benton has quite the CV. He is currently starring in Shakespeare & Hathaway, played Eddie Bell in the hit Craig Cash and Phil Mealy comedy Early Doors, appeared in the film Eddie the Eagle and the hit musical Hairspray, and has worked with Mike Leigh and Jimmy McGovern. He is about to star in the fast-talking David Mamet drama Glengarry Glen Ross at the Manchester Opera House. We caught up with him to find out more.

My uncle Michael Gunn was an actor and when I was small I wanted to be like him. I was always in a band or acting and I guess the acting just stuck. I was in as many amateur productions as I could get into. I’m very proud of where I came from.

Were there any actors or creatives you saw growing up who influenced you?

Well I think I’ve kind of answered that with question one. But I’ve always loved actors like Jeff Bridges, Robert De Niro, and Dustin Hoffman – mostly American actors. But I still get inspired now every day working with wonderful actors like the cast of Glengarry Glen Ross who are amazing.

What would you say has been your best TV or film role and why?

That’s such a difficult question to answer. I’ve been lucky enough to do a lot of different roles both on TV and in the theatre. I think Glengarry Glen Ross would have to be up there. For an actor and hopefully an audience it has a bit of everything. TV wise there’s so many I have loved but Catterick, Early Doors, anything written by Jeff Pope, Eureka Street. I’ve been blessed. Films, I guess working with Mike Leigh was amazing. I have a real soft spot for Eddie the Eagle directed by the amazing Dexter Fletcher.

Early Doors was staged recently and did really well. If it came back to tour again and Lorraine Cheshire was on board, would you do it?

I was broken-hearted that I couldn’t be part of Early Doors Live. We tried everything to make it work but I was filming Shakespeare & Hathaway and just couldn’t do both jobs at once. I would take part in a heartbeat if I could. Eddie, my character in Early Doors, is one of my favourites. The show is on again this summer and hopefully if anything were to happen on stage or TV after that I could play my beloved Eddie once again.

You had huge success in Hairspray. Would you be interested in doing another big musical?

I loved Hairspray, it was a terrific experience. Every night you finish the show with a smile on your face. Also, the dresses were nice and shiny. I also loved being part of Dirty Rotten Scoundrels which is really fun show to be a part of. I’d love to do a musical again, as it is so uplifting and such fun.

What attracted you to Glengarry Glen Ross?

I love Jack Lemmon. One of my favourite movies is The Apartment. I watched Glengarry Glen Ross the movie when it was released and I loved it. I met Sam Yates the director and thought he was terrific. So I couldn’t refuse, a terrific script, director, cast and the fact that this is the first time this play has ever been on the road.

Shelley ‘The Machine’ Levine is an amazing salesman. He earned his name and reputation selling door-to-door and is now struggling. He is in a world that is not his anymore. He is past its glory days but is still fighting for his daughter. He’s like a whirlwind. The beauty of the character is he has heart but is still very much part of a cutthroat world.

How did rehearsals go?

Rehearsals went really well. With such an amazing cast and creative team you can really concentrate on the work. David Mamet is the most amazing writer, so it’s been very difficult to learn but equally as rewarding when you get it off the page. It’s so nice to have it up and running now and we are so excited to take the play around the country.

David Mamet plays contain dialogue which is delivered like bullets. Has it been difficult to learn?

Yes. I think it’s been the most difficult thing I’ve ever had to learn. It’s very repetitive and he writes lots of half lines. It’s also fast. Once you get going it’s like a train you can’t get off. But the joy comes when everybody in the show is going for it. Hold on to your seats!

Can you summarise in five words why people should see Glengarry Glen Ross?

Glengarry Glen Ross is at the Opera House from 25th – 30th March.