When it opened it was described as a water palace. The building originally offered three pools, private baths, the Turkish baths, a laundry and the superintendent’s flat. A sauna was added later and also what became the first public jacuzzi in 1952.  In the winter, one of the baths was floored to make way for ballroom dancing.

The Baths closed in 1993 and ever since local people have been working to save it for public use. In September 2003, Victoria Baths won the BBC’s landmark series Restoration with a massive 282,018 votes. As a result of the win, the Heritage Lottery Fund earmarked £3 million and the BBC’s Restoration Fund raised nearly £500,000 for the restoration of the Turkish baths.

A multi-million pound restoration project began in 2007 with developments underway to restore the characterful properties of this place. 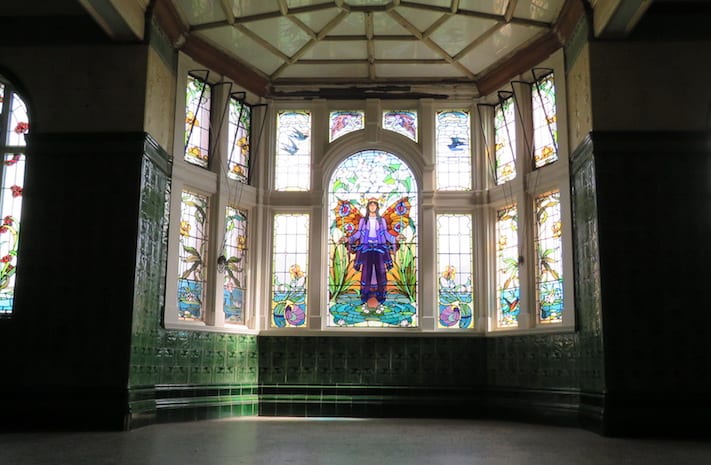 Essential work to improve both visitor access and experience has also been carried out including the refurbishment of the toilet facilities and the installation of a disabled access ramp.

Now an impressive 110 years old, it is marking its birthday with lots of free events. The baths will be open to all and free to visit during the day from the 7-11 September with something for all the family –  and there’s evening entertainment, a feast featuring a famous local chef, a chance to kayak on the Gala pool and a massive cake! 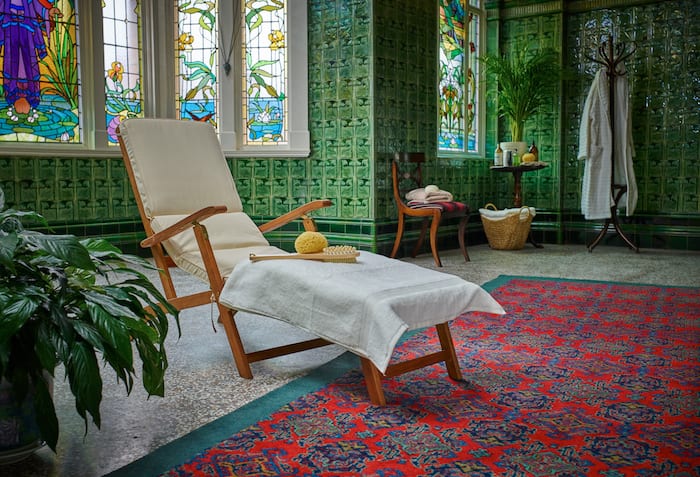 On September 8th, Real Junk Food Manchester and famed chef Mary-Ellen McTague will be teaming up to make a birthday feast like no other in one of the spacious halls, served up with a pre-dinner drink, music and a big birthday cake.  It’s a chance to try fine dining made from edible ingredients that would otherwise have gone to waste.

“Helping to bring a beautiful building back into use for the city chimes so well with our philosophy of bringing food that would go to waste back into use,” says Corin Bell of Real Junk Food. “It’s great to see an organisation like Victoria Baths taking sustainability one step further and turning a classic black tie occasion on its head by working with a group like us. We intend to wow on the night!”

The birthday feast is the only event which comes with a charge but it is going to a good cause. Money raised from the meal will contribute to restoring the magnificent Turkish bath suite.

Tickets for the birthday feast cost £45 and are on sale now. The event starts at 7pm with lots of free events taking place throughout the week. This includes tours of the building, taking a kayak or paddleboard onto the water of the Gala pool on Saturday.