Having monstered Damson in Media City in his last foray to Manchester in February, Times food critic Giles Coren has delivered yet another characteristically patronising demolition job on the “provincial scene” without even bothering to leave London. At least he’s saved his train fare.

This time his line of fire is directed at the poor oiks – even the unmarried, young and curious – who live outside the metropolis, who have no “original” restaurants to eat in because they don’t have enough money to sustain them. He says all this in a review published in Saturday’s Times magazine, of a restaurant called Santo Remedio in London’s Shoreditch. It’s Mexican by the way and it serves street food like guacamole with sautéed grasshoppers – I guess the northern equivalent would be mushy peas with crispy batter bits – and cactus salad. It’s the sort of orignial stuff from which Mexicans have been fleeing across the Rio Grande in such large numbers that “The Donald” wants to build a wall to keep them out.

That’s the trouble with London food critics. They’ve eaten everything at someone else’s expense – I guess Rupert Murdoch’s News International picks up the tab – so often that they crave for the bizarre even if it’s pretty gross. Coren admits that grasshoppers “taste like mature human scabs in a perfectly nice way”. I am so glad he thinks I can’t afford them.

Having been a critic myself for around thirty years, I kind of understand the constant quest for something new. I followed it for a time then saw through it. But it’s the wider context that marks Coren out to be your typical London media dilettante. The sort that says HS2 is too expensive but Crossrail and Heathrow’s third runway are vital to the nation; that poured scorn on Manchester’s Olympic bids and holds on to the notion (of which Clarkson and Gill are also exponents) that northern wealth is, in essence, vulgar. The same gang that persists in sneering at the BBC’s partial move north and the amount of licence payers cash spent on taxis to and from Salford Quays. As if everyone at Shepherd’s Bush rides the bus.

Coren claims that the hoi polloi in the north would really love to eat cactus salad and roasted insects “but could not afford it often enough to make serving such dishes financially viable.” The place would be empty Sunday to Thursday, he says, and would not get enough custom at lunchtime. Then the killer: “Such a place would have to go over to wings and ribs, meal deals and happy hours – the bare staples of a provincial scene that I’m not interested in writing about.” But it’s not about food, is it? It’s about cod public schoolboy elitism (even though he claimed school “ruined” him) and Hampstead-bred prejudice.

Now here’s the thing. Coren eulogises Shoreditch, a recently gentrified part of the East End, which he says is full of youth, energy and curiosity. That’s where his “original” restaurants are thriving. But I just bet that at any given time, there are more Londoners dining out in restaurants designed and conceived not a million miles from Manchester – like Cicchetti, San Carlo’s Signor Sassi, Piccolino, Bank, Blackhouse and the Alchemist – than all the restaurants, original or otherwise, in Shoreditch put together.

In fact, Coren is so in love with Shoreditch, Hackney and Hoxton that he thinks the money in Notting Hill, Chelsea and Mayfair is tired money, “hobbled, cynical, creaking, elderly, international, vain, incurious and ugly money”. So it’s not just the provinces he’s not interested in writing about, but, it now appears, most of London. This puts him in serious danger of emulating the oozlum bird, flying round in ever decreasing circles before finally disappearing up his own Shoreditch.

Perhaps it wouldn’t be such a bad thing if he never emerged from the place again. Except, before he does, maybe he’d like to come and learn a thing or two about some of Manchester’s originals like the Indian Tiffin Room, El Gato Negro, Quill, Fumo, or Tattu not to mention Manchester House and The French. It’s not “all grim pickings up here,” as Coren claims a friend who loved Manchester described the provincial eating scene. 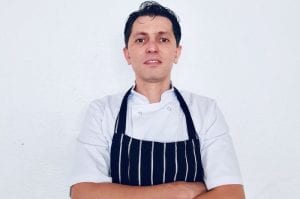 Meet the head chef of Ribeye, the huge new steakhouse coming to First Street next month 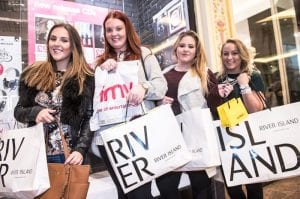 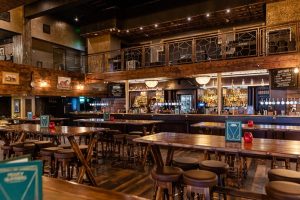