Manchester-based PrettyLittleThing is the fastest growing online fashion company on the entire world wide web, according to new data from Hitwise, which measures activity on computers, tablets and smart phones.

In its Fast Fashion report, Hitwise revealed that PrettyLittleThing saw a massive 663 per cent rise in traffic since 2014, trade journal Retail Gazette reported. This translates to a massive 400 per cent rise in sales in the 12 months to February 2016, boosted by support from social media stars like Kylie Jenner and Sofia Richie.

The company was founded in 2012 and was recently bought by Boohoo.com, the Northern Quarter online retailer itself clocking up similarly astounding growth.

The phenomenal success stories of the online fashion houses amount to a rag trade revolution – transforming the fortunes of one of Manchester’s traditional industries that had been in steep decline for decades.

Both my parents worked in the rag trade before and after World War II. My father was a cutter and my mother a machinist in Northern Quarter factories characterised by noise, dust, draughts and rats. Many of the former workplaces that survived demolition have been converted into sought-after apartments in what has become one of the city’s hippest districts. 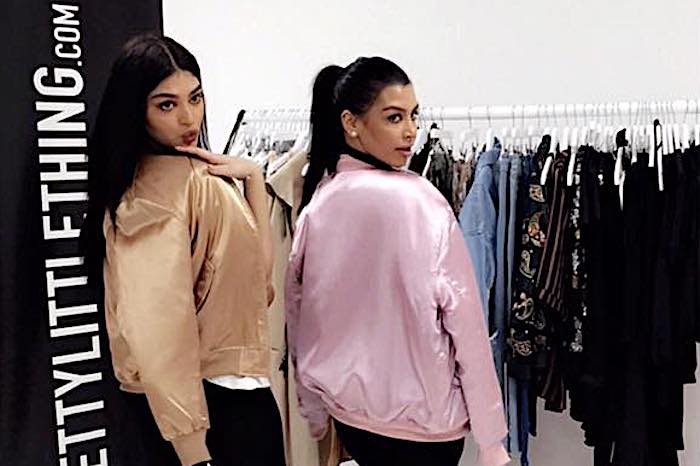 Today the industry would be unrecognisable to previous generations who worked in it. Boohoo.com, founded only in 2006 by Mahmoud Kamani and Carol Kane, has become one of UK’s the leading fashion retailers – at the click of button. While the fashions are designed and marketed in Manchester, they are largely sourced in the Far East.

In the first quarter of 2017, Boohoo saw sales skyrocket by 106 per cent year-on-year enabling it to post revenues of £120.1 million during the three months ending May 31 – up 78 per cent on the same period a year ago.

Boohoo now plans to raise £50 million through the listing of new shares to help fund a new 600,000 sq ft warehouse and expects full-year revenue to grow by 60 per cent, up from the previous guidance of 50 per cent.

“Our performance in the first quarter has been very encouraging across all brands and geographic regions,” Boohoo co-founders Carol Kane and Mahmoud Kamani said.

“While it is early in the financial year, Boohoo continues to perform well and PrettyLittleThing delivered exceptionally strong revenue growth in the first quarter as it continues to expand its young female customer base.

“Across the group, the combination of broadening product ranges, strong brand image, competitive prices and good customer service continues to drive sales momentum, whilst the inclusion of our new brands is proving the potential of our multi-brand strategy in delivering strong group revenue growth.”

A spokesman for the brand said: “From Manchester’s best kept fashion secret to one of the fastest growing international “etailers”, boohoo.com has quickly evolved into a global fashion leader of its generation. Combining cutting-edge design with an affordable price tag, we’ve been pushing boundaries for the past eight years to bring you all the latest looks for less.

“Our philosophy is pretty simple: we don’t take fashion or life too seriously. Whether you like to keep one step ahead of the trends, or if subtle style is more your thing, we’re sure we’ve got something you’ll love. And with up to 100 pieces hitting site every day and a new collection each week, we never stop – it’s 24/7 fashion at its best.”

“Speed has been instrumental to the success at PrettyLittleThing,” chief executive Umar Kamani said. “We have an extremely talented team who work relentlessly to spot the latest trends and ensure we can add new items to the site within a matter of days.

“By forging relationships with celebrities and reality stars who have become ambassadors of the brand it has enabled us to drive mass awareness of PrettyLittleThing, both in the UK and overseas.

“I am confident that the business will continue to grow at an exponential rate and look forward to the coming years as we enter new markets across the globe.”