Manchester’s got its very own Yorkshire pudding restaurant – and they deliver to your door!

If you’ve been wondering where to get your Yorkshire pudding wrap fix now that the Christmas Markets have gone, you might be surprised to know Manchester’s got its very own Yorkshire pudding restaurant – and they do deliveries too.

It’s called Porky Pig and if the name sounds familiar it’s because it’s run by the same people who run the incredibly popular Yorkshire pudding stall on the Christmas markets.

They first started out at Manchester United football ground back in 1992 and were the first to bring the hog roast to the grounds which quickly gained them a cult following with football fans – even getting themselves a mention in fan publication Red Alert. 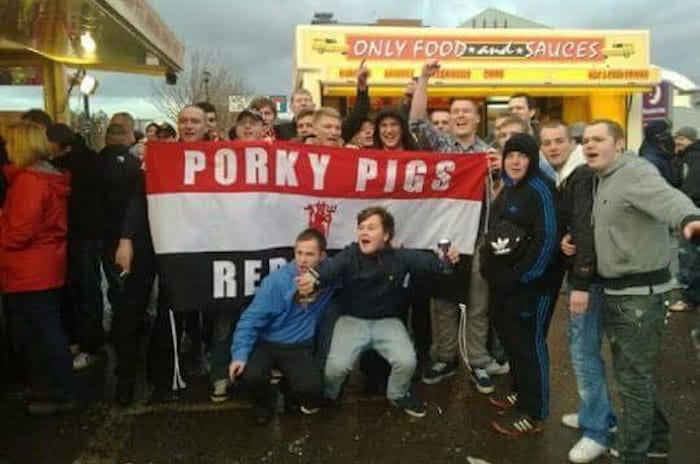 Fast forward and the local Yorkshire pudding wrap champions have become a regular fixture in Exchange Square over the past few years, drawing huge queues and sending Mancunians crazy for their stuffed puds and carvery wraps.

Following on from the success of the pop-up, the owners opened the restaurant on Cooper Street so they could serve up their famous Yorkshire puddings all year round.

So now you can get your favourite stuffed puds and carvery wraps whenever you want them.

The classic Porky Pig pud is filled with your choice of meat from the carvery and served in a giant Yorkshire pudding with green beans, carrots and stuffing. There’s also a choice of assorted gravies made from meat stock to finish the puddings off in classic Porky style.

As well as their famous puds, the menu is chock full of traditional British favourites from hot, cheesy toasties to breakfast butties and lunchtime barms stuffed with classic fillings like egg mayo, tuna and the all-time hero that is the BLT.

Their famous carvery still features heavily too: with meat box choices spanning pork, gammon, beef, marinated chicken and lamb (note that the lamb box is available on Friday’s only, though).

Hot naan wraps also feature, filled with marinated sticky BBQ, lemon & herb chicken, or grilled halloumi cheese – before being finished off with a tasty homemade sauce of your choice. 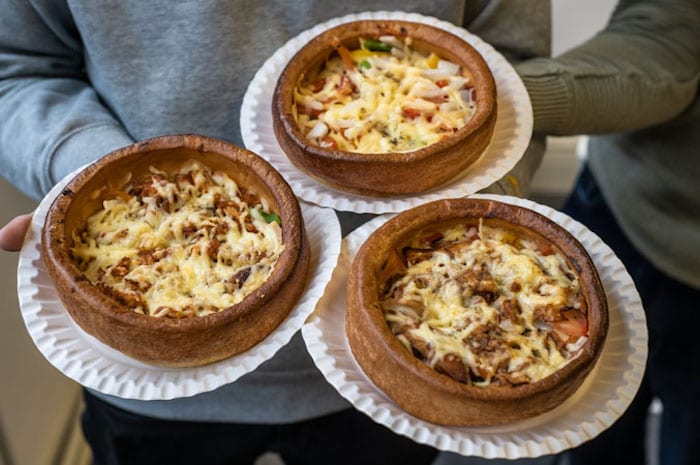 Their full English puddings have been a big hit since it opened last year – and now they’ve launched a Yorkshire pudding pizza that’s got everyone talking.

And side options include a box of roasties, as well as halloumi, sweet potato or regular fries.

The shop is open from Monday to Saturday between 8am and 5pm, serving up breakfast from and lunch to hungry Mancs who love some traditional grub all through the week.

And if you fancy getting a cheeky delivery in, they’re also listed on Deliveroo and Just Eat so you can enjoy your favourite stuffed pud at home from the comfort of your sofa.

So if you’ve been craving those Christmas market puds, now you know what to do.