Having run pop-ups at Indy Man Beer Con and opened semi-permanently at Piccadilly Place, it seemed like Lucy and Dave Wolinski had found the perfect location for their coffee shop, Idle Hands, on Dale Street. This was to be their permanent home.

They first put a proposal in for the unit in November 2015 and signed the agreement to lease in April 2016.

But just as they were about to move in, having spent tens of thousands of pounds on bespoke counters, shelving and legal costs, they received some awful news. 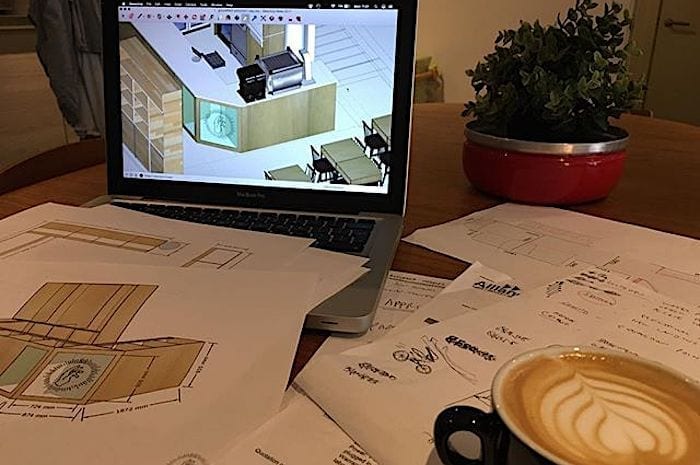 The landlord had decided at the last minute that he wanted the unit for himself.

“We’ve attempted to highlight to them not only how much money we have spent on this unit, and how much debt this could leave us in, but also the time and effort we’ve committed to them and our shop. How hard we’ve worked to stay afloat just in order to take this unit on.

Morning! Sorry for lack of posts recently. But yesterday we found out we’re having a little baby girl. So there’s some news for you. 🍼 pic.twitter.com/5bcZKcDFjD

“On a personal note, Lucy is due to give birth in three months, the delays had already been bad enough, but we were relying on at least having a functioning business by then. But I don’t think any of this matters to them, and I’m not sure if we will ever hear from them again, so there doesn’t seem to be any chance of them reconsidering.”

GRUB are hosting a fundraiser tonight at their Mayfield site with the £3 entry fee donated to the fund. And they’ve pulled out all the stops, with collaborations including Rudy’s Neapolitan Pizza, Honest Crust, Pollen Bakery and The Plucky Pickle.

Was thinking I might do some promo for the @idlehandscoffee fundraiser tonight. Nay need to bother, Manchester is spreading the word itself!

To top it off, Idle Hands will be at GRUB every day providing killer coffee and homemade pies and pastries.

These street food supergroups have all produced bespoke and incredible menus for the occasion but, more importantly, it shows the spirit of solidarity that will ensure Manchester’s hardworking indy producers continue to thrive.

So get yourself down to GRUB. Rain or shine, there’ll be lots of stuff not be missed. More info on the event can be found here.