The festival puts an end to the two-year celebratory drought, topped off with pint after pint of ice-cold Guinness on tap.

Held on the site of O’Shea’s Beer Garden, there’s also a brand-new food menu from the Eat New York team with an Irish American twist, and the cocktails will be free flowing with espresso and passionfruit martinis on tap.

O’Sheas have built a reputation for pouring some of the best Guinness outside of Ireland, brilliant live shows and heart-stopping sports since opening in 1994. 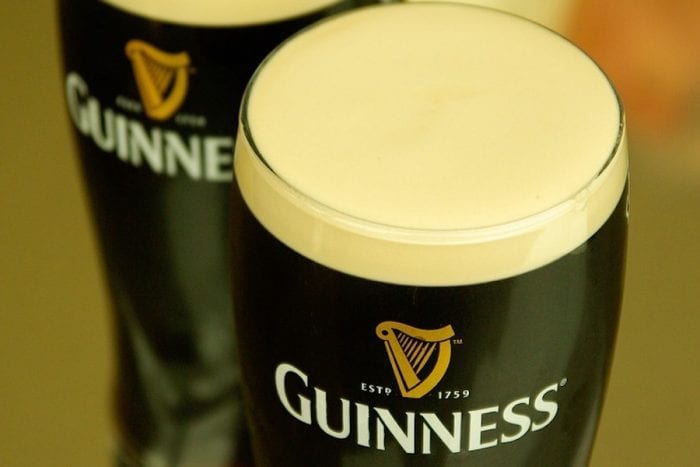 The converted, turn-of-the-century packing and shipping warehouse is set between the traditionally Irish area of Little Ireland and St Austins on Princess Street.

Since opening, it has been a destination point for Irish hospitality and traditions, and during the government-enforced closure, the operators have extensively refurbished the interior.

The venue, a stone’s throw from Piccadilly Station, has been beautifully re-designed, draped in the colours of the Emerald Isle.

Now, for the long awaited St Patrick’s Day celebration, they promise to fit that two year wait into a fun packed two weeks. 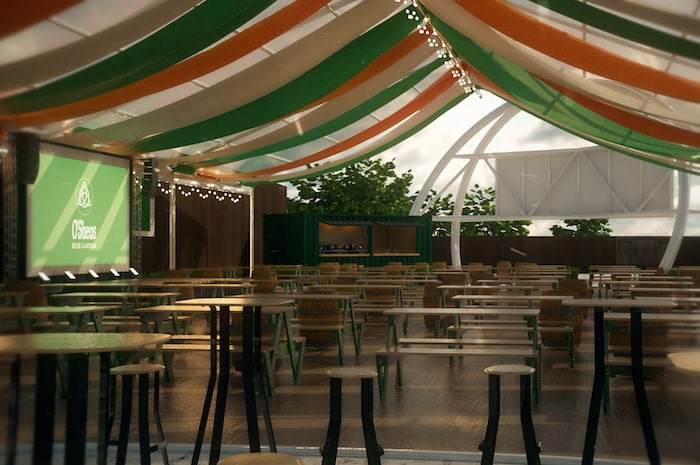 There’s the Dirty Old Town burger (chuck and brisket patty, fried onions, American mustard, house ketchup and pickles) for £8.50 – and you can add on black or white pudding for £2.50.

Then there’s the Galway Girl chicken burger (buttermilk fired chicken, Cashel blue cheese, buffalo sauce, pickles) for £10 and the NY Pastrami burger (hot pastrami, mustard and sauerkraut) for £8.50 – and you can add on Clonakilty Irish sausage for £2. 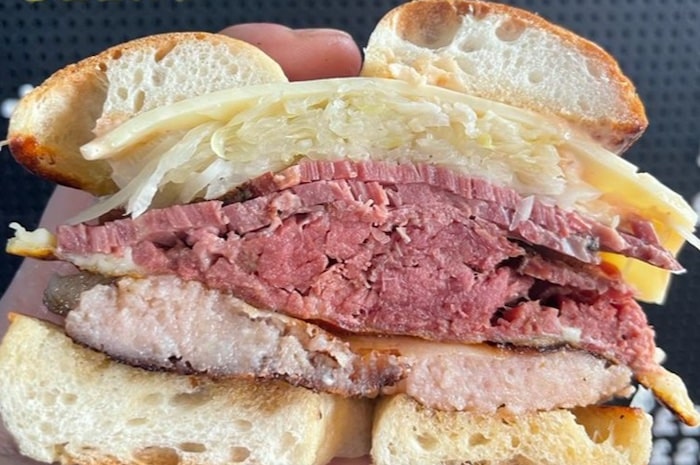 The Guinness may be cold, but the welcome is sure to be warm. Sláinte!