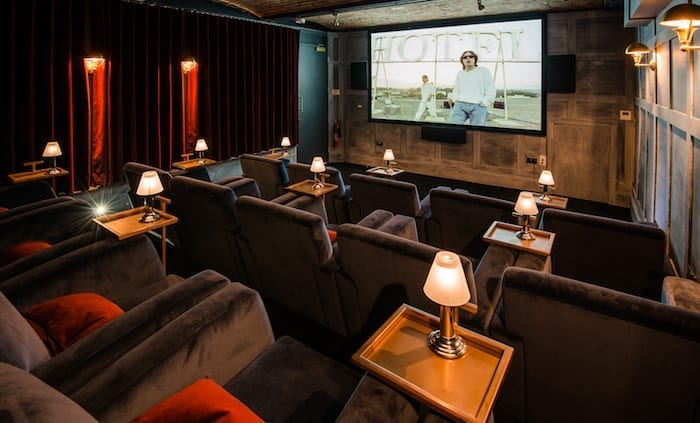 King Street Townhouse, one of Eclectic Hotels’ quartet of bijou boutique hotels across the city, has launched The Cellars, a brand new and exclusive private dining area beneath its unique, brick vaulted basement ceiling.

The transformation of the cellar – listed in its own right by Historic England – includes a luxurious cinema room and a wine cellar.

The private dining room, a charming and intimate space, hosts up to 14 guests and offers five-course tasting menus paired with matching ‘wine flights’ and an optional exclusive sommelier service.

For that, Eclectic Hotels have teamed up with one of the best in the business in George Bergier, chairman of the Guild of Sommeliers and Consul of the Ordre des Coteaux de Champagne.

Next door to the dining room is an impressive 20-seater screening room boasting state-of-the-art projection and sound systems, sofa seating and ambient lighting ideal for corporate or private hire events.

Wherever fine wines have been served in Manchester for almost the last 50 years, George Bergier has never been far away. He arrived from his native Poland in 1968 and became a wine waiter at the Midland Hotel where the French Restaurant was soon to be awarded one of the first Michelin stars in the UK.

He went on to run the St James’ Club, haunt of the city’s key movers and shakers, for 12 years and latterly spent a decade as the expert wine guru for Manchester’s Victorian Chop House restaurants.

Earlier this year the leading drinks trade magazine Imbibe named him an ‘Industry Legend’ for outstanding achievement and he was nominated amongst Harpers ‘Hot 100′ most influential figures in the ‘on’ trade which described George as ‘a consummate professional and gentleman to boot.’

Guests at The Cellars’ press launch were welcomed with Herbert Hall Brut, a classy English sparkling wine from Kent. George then matched the scallop starter with a youthful Riesling from Victoria, Australia; halibut and braised fennel with a fine Chablis premier cru; roast Goosnargh duck breast with a Sicilian red made from the rare Perricone grape; sophisticated demi-sec champagne with the frozen mojito dessert and delicate tawny port with the organic British cheeseboard.

“We are delighted to launch The Cellars, a unique and exclusive experience which we believe will be a destination for corporates, locals and visitors to the city alike,” said Eclectic Hotel Collection founder Eamonn O’Loughlin.

“Our partnership with George Bergier further strengthens our commitment to providing an outstanding service to our guests and point of difference within Manchester.”

Dubbed the city’s ‘baby grand’ hotel, it is located on Booth Street in the city centre’s upper King Street conservation area. The King Street Tavern within features a restaurant, bar, afternoon tea rooms and an infinity spa pool on the roof.