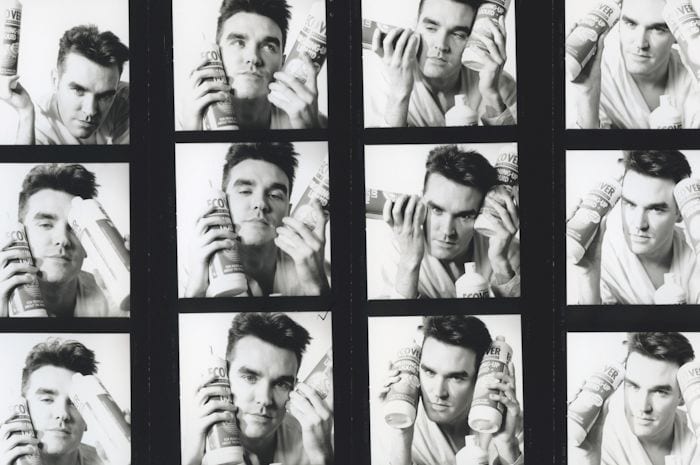 ‘Manchester, so much to answer for’ is a line famously penned by Morrissey when he was lead singer of The Smiths back in the 1980s.

Now it has to answer for the fifth annual #Mozarmy meet-up, with fans from a group of nearly 40,000 members worldwide coming to celebrate in Manchester starting on Friday 10th March.

The first #MozArmy meet up was back in 2013 and started with a group of dedicated fans on Twitter celebrating the life and work of the Stretford-born singer-songwriter.

This year’s event is set to be bigger than ever with both Friday and Saturday nights filled with performances, film footage and music sets at The Star and Garter near Piccadilly Station.

There will be a live performance from the Sweet and Tender Hooligans, an LA-based Smiths tribute act fronted by Jose Maldonado, a man who has become known as ‘The Mexican Morrissey’.

They will be joined by former drummer of The Fall, Simon Wolstencroft, who has also played with former Smiths members Andy Rourke and Johny Marr, and who had this to say:

“I think Morrissey still has an enduring appeal not just here in Manchester but all over the country. Although things have moved on since the 80’s, there will always be a section of the younger population who identify with his lyrics, those who feel like outsiders and unable to find love and unable to fit in with the norms of society.

“He sang about Rusholme Ruffians and meeting outside the Cemetery Gates of Southern Cemetery in south Manchester and chose images of Pat Phoenix and Shelagh Delaney amongst others, to adorn the sleeves of the Smiths hit singles – headstrong northern women, both. This seems to have struck a chord with young Mancunians in particular, most probably picked up from their parents’ record collections.”

Friday’s event opens at 7pm with an exclusive screening of The Music Stops Here from 8pm, a new documentary about The Star and Garter at a time of uncertainty under the threat of closure from Network Rail. This will be followed by the live performance. 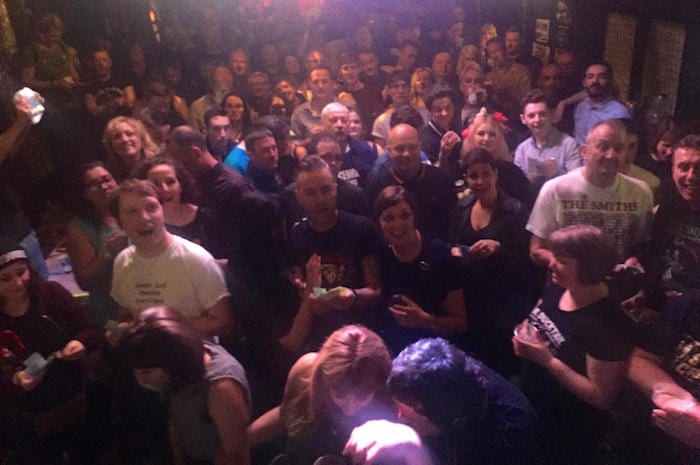 “It’s a real family affair. Like the best wedding you’ve ever been to, where everyone is marrying Morrissey.

“Why wait until an icon is dead before you tell them they’re loved?” said Moz Army member and host for the evening Julie Hamill. “We want Morrissey to know that we thank and celebrate him now, while he’s alive and well, and we’re here to support him.”

The weekend will also include a one-off Smiths Manchester Music Tour on Saturday March 11 led by the daughter of late Inspiral Carpets drummer Craig Gill, who ran a series of notable Manchester music tours up until his death last year. His former bandmate and current broadcaster Clint Boon will also be there.

You may want to stop me if you’ve heard this one before but the following evening at The Star and Garter more than 200 Moz fans will be piling in for a special edition of the venue’s famous Smiths Disco. This will be accompanied by a second set  from Sweet and Tender Hooligans, with drummer Andrew Paresi – who has played with Moz himself – as guest.

“23 years later it’s a monthly event which can be full in an hour and pays the bills for another month. Essentially the Star and Garter celebrates the people who celebrate Morrissey and The Smiths because without them neither Morrissey nor The Star and Garter would bother getting out of bed.

As long as he releases records and continues to tweak the nose of those who write about him then his legacy will go hand-in-hand. The age demographic of Morrissey/Smiths fans is huge – from 18-60 with no pause in between.”

Saturday is sold out but don’t panic because tickets are still available for Friday.