The Edinburgh Festival Fringe is the biggest arts festival in the world. Last year, it featured 50,266 performances of 3,269 shows at 294 venues over 25 days.

Two of the shows at this year’s festival are written, produced and performed by students from the University of Manchester.

Cloud Avenue has been chosen along with What Do Bears Eat? to represent the university’s Drama Society at the festival and showcase some of the talent right here in Manchester.

The society puts on multiple shows throughout the academic year, providing opportunities for students from any university department to put on new productions and not only act, but direct, produce and even write music.

Cloud Avenue follows the adventures of a time-travelling girl called Violet who finds herself lost in the past, and combines puppets and projection. 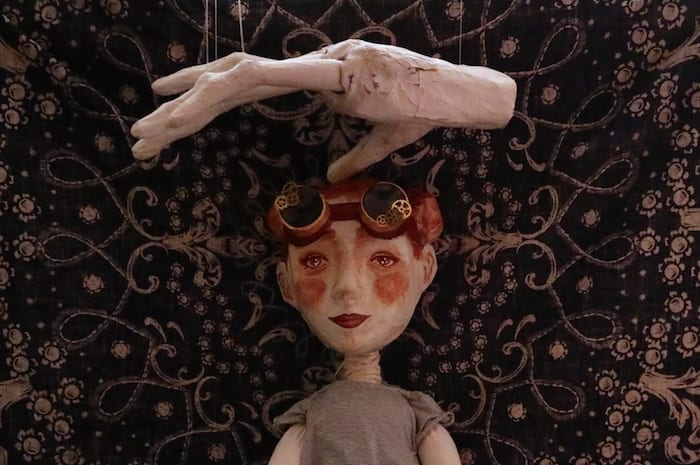 The props are made from everything from cardboard boxes to Listerine bottles and most of them have been made by the students themselves. They’ve even built a time machine.

“I never actually opened a book and read about how to make shadow puppets. I just looked at them and thought ‘how can I do that?’”, says writer and director Cara Looij.

“I love Japanese culture and this is how I came across Bunraku puppets – this was probably the hardest to create. Making the main puppet Violet was very much trial and error as I didn’t really know where to begin.

“Lanterns are used in a lot of street theatre and I just looked at the suggested materials for making paper lanterns in craft books and thought of how I could manipulate them into the shapes that I wanted to create.

“The Chinese dragons were literally the simplest design in a children’s craft book that I upscaled and added some extra bits of detail.” 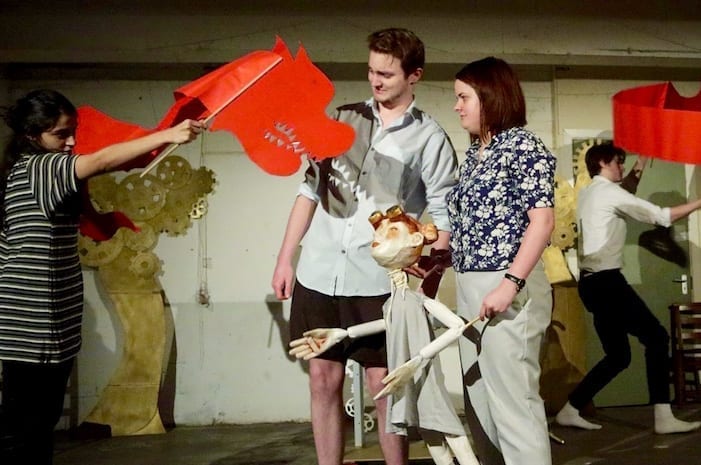 “There’s something about a puppet that makes you empathise with them because they’re so powerless. We can watch something where you can clearly see the magic behind how it moves, you can understand the mechanism behind it, you can see the people controlling it and yet still empathise with this thing as if it’s a real person, and I just think that because of this capacity for emotional connection, puppets are for anybody.”

The play premiered in February at the Wonder Inn as part of the MIFTAs Manchester In-Fringe Theatre Awards where it won three awards. But isn’t she nervous about taking it to the Edinburgh Fringe?

“I’m mostly nervous for how it might be received, because it does focus on imagination and there’s this expectation for theatre to have some profound socio-political message – especially now – so I guess I’m nervous that people will think it’s not a story worth telling because it doesn’t fit the ‘trend’ in theatre at the moment. 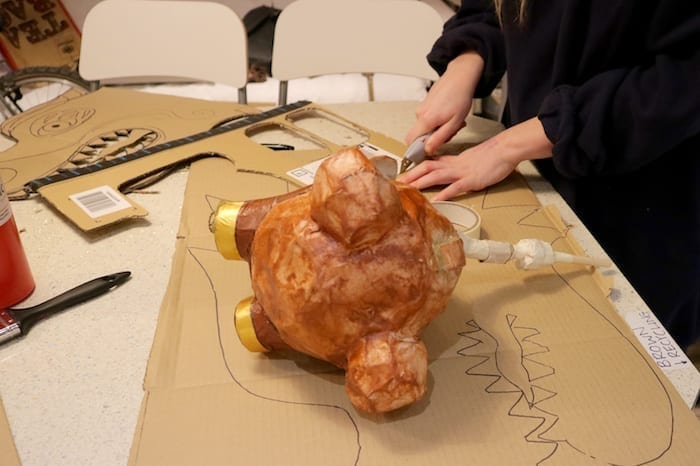 “I hope we can start our own trend that celebrates commonality in this world rather than criticising everything. We need to hold onto the things that make us human.

“It’s not a troubling or stressful or world-changing experience. It’s an opportunity for escapism. So if you want an evening with a happy play full of imagination and enjoyment, and seeing a little girl travel the world then come along!”

You can catch the play before it goes up to Edinburgh as part of a double bill with What Do Bears Eat? at the King’s Arms, Salford on Monday 7th August at 7.30pm.

You can help them make an impact in Edinburgh by donating towards the play’s production costs on their Crowdfunder page.