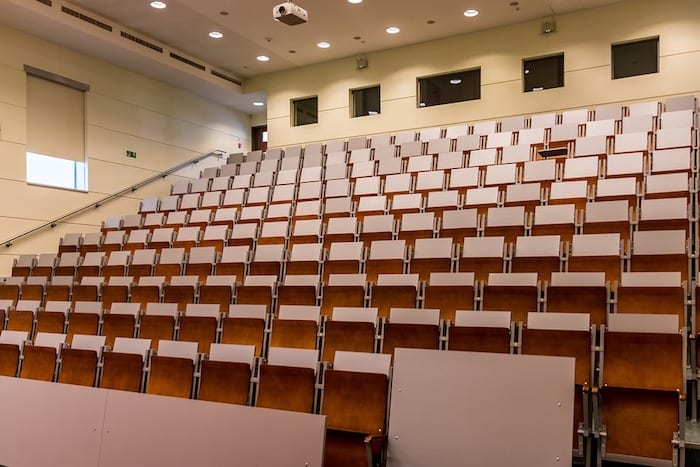 Students from the University of Manchester have started an online petition asking for  compensation for the lectures and seminars cancelled during the lecturers’ strike action between the 22nd February and the 16th March.

The petition, which has almost 8,000 signatures so far, is demanding a minimum refund of £300 per student for the lectures and seminars cancelled during a crucial time in the semester.

“We didn’t have a major response from the students union yet but we’re starting to have a more frank and open communication with talks of mitigation and there will be a meeting with course reps and other active and concerned students like myself,” said Melis Royer, the student who started the petition.

They have also created a Facebook group called Take Action! UoM which has attracted almost 500 members since it was founded last Monday.

Members of the group are fighting for a seat at the negotiating table at the meeting that will decide what will happen with the money that won’t be paid to lecturers because they were on strike.

An offer to use the money for better university facilities has not been well received by students. They want compensation instead.

Sarah Haughney, an MA student, wrote on the Facebook group: “I am borrowing money for tuition fees, not so the UoM has marginally better facilities for future students. If I wanted to donate a grand to charity I’d like to have a choice over that, and I’d only do that if I wasn’t paying interest on it. I do NOT give permission for UoM to act like a generous benefactor with money I’ll be paying off for the next however many years.”

Dorian Loetzer, 22, co-founder of Take Action! UoM, said that, since the increase in tuition fees, universities have been treating education like a commodity.

“That means…we are paying them for a service they provide. Failure to provide us with that service, by definition, entitles us to a form of reimbursement as ‘consumers’.”

The strike, which lasted for almost a month, didn’t just mean no classes for students, but unanswered emails and cancelled tutorials, which left the students feeling frustrated.

The strike has been particularly disruptive for masters students who only have a year to complete their course, as opposed to three or four years for undergraduates’ degrees.

However, the students backing the petition are emphasising  that they stand in solidarity with their tutors and lecturers and are fully supporting the strike.

“We understand that a strike is created with maximum disruption in mind,” said Dorian.

“This necessarily includes not engaging with their work obligations on all fronts. We also sympathise that this may not be the personal preference of each individual lecturer, but comes from instructions given to them by the University and College Union.”

Despite the success they’ve had so far with online engagement, the students still have a long way to go as far as taking legal action is concerned.

“Legal procedure is difficult. Some other universities across the country are engaging in lawsuits as we speak and we are in communication. Their progress will directly inform the steps we take going forward.

“Our main concern is opening a line of dialogue and creating pressure through student engagement, which we will take directly to universities.”

Besides taking legal advice from other universities, Take Action! UoM representatives have also consulted with staff from their law department.

And it isn’t only students who have been supporting their action.

“Lecturers have actively encouraged student engagement and, once they are back to work, will hopefully assist in facilitating the creation of our own, independent, student-led platform,” says Dorian.

Although the strike is over for now, a second is being planned around May, which could potentially affect the examination period.

“It’s all a little bit unsure right now and there’s definitely still a lot of concealment,” said Melis. “Today seems to be business as usual but I’m worried that after Easter the strike could start back up again – rightly so if the UCU and the university are still butting heads with lecturers and professors, but it’s frustrating nonetheless.”