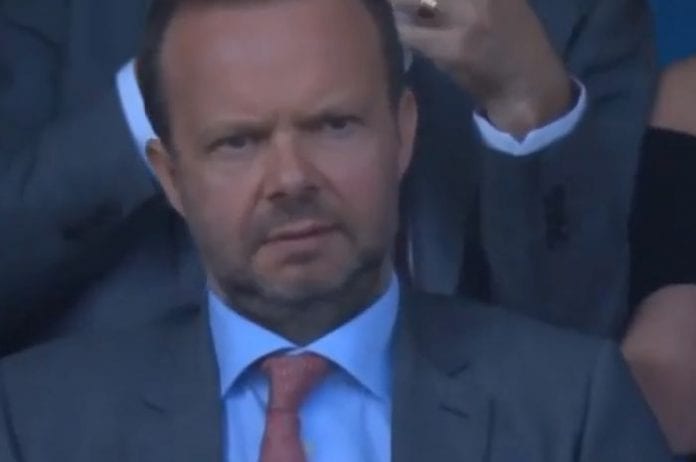 Now that was bad. The last few weeks have been difficult to watch for Manchester United fans, but it just got a whole lot worse.

First things first. There’s no shame in losing to Barcelona and being outclassed in the Camp Nou. It’s happened to much better United sides than this one. Barca have run away with La Liga this year, they’ve won the title in four of their last five seasons, and most importantly they have Lionel Messi.

I think it’s fair to assume most United fans had little to no expectation of this team progressing having lost the first leg at home. But what they did expect was a reaction against Everton at the weekend.

What they got was surrender.

Ole Gunnar Solskjaer’s team put in the worst performance of the season – and that’s saying something considering the pre-Christmas form. They were second best all over the pitch and had basically given up before the game even started.

The manager felt the need to apologise to the traveling support after the game, which was vocal throughout the entire match. They deserve so much better.

There’s no point even going in on the players and singling them out. It’s clear to see that the vast majority of the squad simply isn’t good enough or doesn’t care enough.
They know who they are. In fact the entire Premier League watching public knows who they are.

Ole’s comments following the last two defeats have been very interesting. He first mentioned that the squad needs to be rebuilt, but then qualified this by saying that it isn’t going to happen overnight, and the club won’t be bringing in as many players this summer as people expect.

Following the disaster at Everton, he said that some of these players won’t be playing under him when he turns the fortunes of the club around.

David Moyes’ final game as United manager in 2014 was a loss away to Everton. While it was only 2-0 that day, he actually started with the same centre back partnership as this weekend. Phil Jones and Chris Smalling. United simply can’t start next season with either of those players as first choice. Or even at the club.

That’s where the rebuilding has to start. And while the manager might be calling for patience, the changes have to be significant.

I have no idea where Ole will take us this summer in terms of transfer targets, but one or two centre backs to compete for a starting berth with Victor Lindelöf are essential.

I’m not even going to talk about Paul Pogba anymore.

What is worrying a lot of United fans is that they have no idea what the club is doing. This has been the case for the last six seasons, but the drift is becoming even more stark now.

But the big question to Ed Woodward and the board is this: what was the original plan?
If it was to sack Jose, appoint Ole until the end of the season and go for someone high profile and proven (say, Mauricio Pochettino), that would make sense.

More realistically, it was sack Jose, appoint Ole and see what happens. That’s United through and through at the moment. And it shows little sign of changing. The timing of finally appointing him as full time manager was weird and smacked of disarray. Again, typical United.

What continues to worry me is the lack of decision making around a director of football/technical director.

This is needed. Someone needs to co-ordinate transfer policy and the direction of the club in a footballing sense. It was mooted at the start of the season and still we’re in the dark.The latest is that it’s going to be Mike Phelan. I like Phelan, he’s a good coach. He loves the club and sometimes wears hilariously tiny shorts.

Unfortunately, he has no history of running a global football club. Edwin van de Sar is the obvious candidate. He understands United, he’s played in one of the most successful sides and, most importantly, his current role as CEO of Ajax means he has the tools to do the job.

Look at how Ajax are functioning as a club. From their youth system, to their transfer policy and development of a playing ethos. It all points to clear planning and a long term vision. Something that United have clearly lacked since Fergie.

So please Ed, make a correct decision and then don’t go near the football. Ever.