Although the number of journeys into the city centre is set to increase significantly in the coming years as Manchester’s economy and population continue to grow, the vision is to reduce the number of car journeys not just as a proportion of the total, but as an absolute number.

The new proposals envisage that, within two decades, 90 per cent of all trips to the city centre will be made on foot, by bike or on public transport.

The proposed new strategy, due to be approved by the town hall’s executive next week and put before the full council later in the month, emerged following the results of last autumn’s transport “conversation” with local people and organisations, which attracted 3,700 responses. 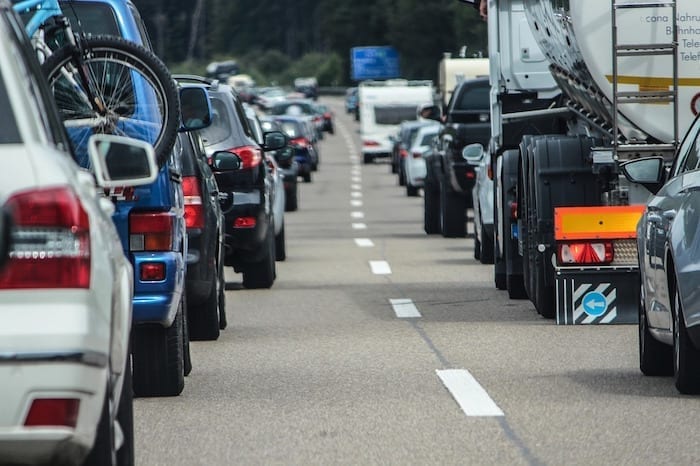 90 per cent of respondents saw air quality as an important issue, with 80 per cent agreeing that improving public transport, cycling and walking would be the best way to improve air quality.

Traffic and congestion was identified as one of the biggest problems when travelling into and around the city centre, with around 70 per cent of respondents saying that reducing traffic levels would be the best way to create a high-quality city centre.

To reduce congestion and improve air quality, more people need to get out of their cars and on to public transport. A big step was taken this week when the go-ahead was given for a major public consultation into how the buses should be run in Greater Manchester.

This will mean Greater Manchester will be the first city-region in the UK to hold a public consultation on the introduction of a bus franchising scheme.

Bus franchising, which is currently in place in London and other major global cities, would mean bus services – including routes, timetables, fares and standards – are brought under local control with Greater Manchester coordinating the bus network and contracting bus companies to run the services. Any profit would be reinvested in the buses.

An assessment prepared by Transport for Greater Manchester (TfGM) has compared the proposed franchising scheme with other realistic options including new partnerships with the bus companies or leaving bus services as they are now.

It found that the proposed franchising scheme would be the best way to meet Greater Manchester’s objectives and future vision for buses. That includes a joined-up integrated bus and public transport network, simple fares and ticketing, an improved customer experience, and better value for money.

Following the public consultation, which will run from Monday 14th October through to Wednesday 8th January 2020, GMCA will give its response in a published report. The Mayor of Greater Manchester, Andy Burnham, will then make a decision on whether to implement the proposed franchising scheme.

GMCA Vice Chair, Councillor Brenda Warrington said: “We want to give people the real choice to leave their cars at home, reduce the number of vehicles on our roads and their harmful emissions, so we have cleaner, greener neighbourhoods.

“This consultation will give everyone the opportunity to have their say on how the bus services are run, and we’re interested in hearing from as many people and organisations as possible.”