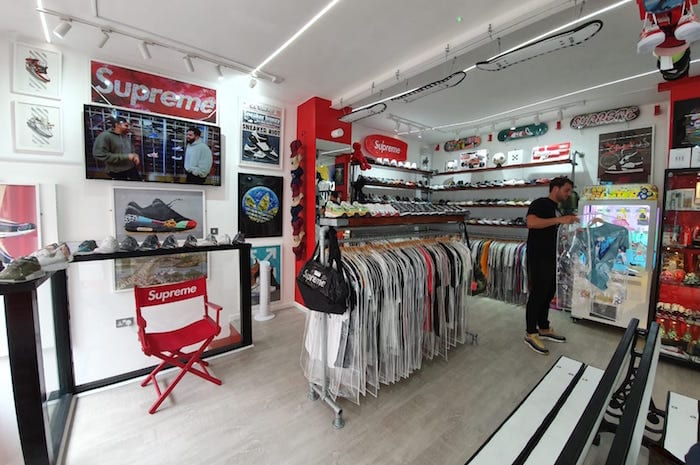 A store selling super-rare and deadstock trainers has opened in the Northern Quarter and it’s been causing quite a stir. In fact, it’s been pulling in celebrities from far and wide.

Set up by brothers Sam and Ben Kersh, it started as an online business before finding its new home on Edge Street. Now it can count a number of high-profile footballers, actors and musicians amongst its fans.

And they’re all coming for the same thing. Super rare, or even deadstock, garms. No idea what that means? You’re not alone. 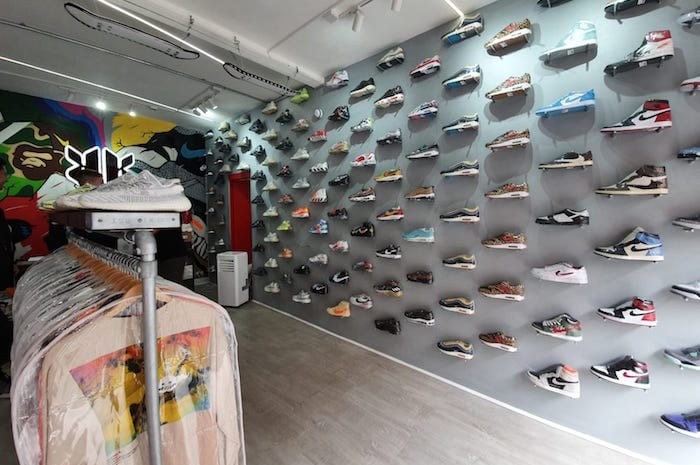 In pre-retro, pre-consignment days, ‘deadstock’ referred to pairs which were only desirable to a relatively small group of collectors. Back then, the idea of purchasing a shoe to resell on at a profit seemed absurd to most people.

Retailers were happy to sell-off otherwise unsellable trainers for a fraction of the original price and still turn a profit. And collectors were happy just to get their hands on them.

Times have changed, however, and a new and highly lucrative business model has emerged in its place. Now the hypebeasts have landed firmly in Manchester’s Northern Quarter.

The store is filled wall-to-wall with rare editions of brands including Jordans, Yeezys, North Face and Supreme, with prices ranging from £50 to upwards of £2,000. 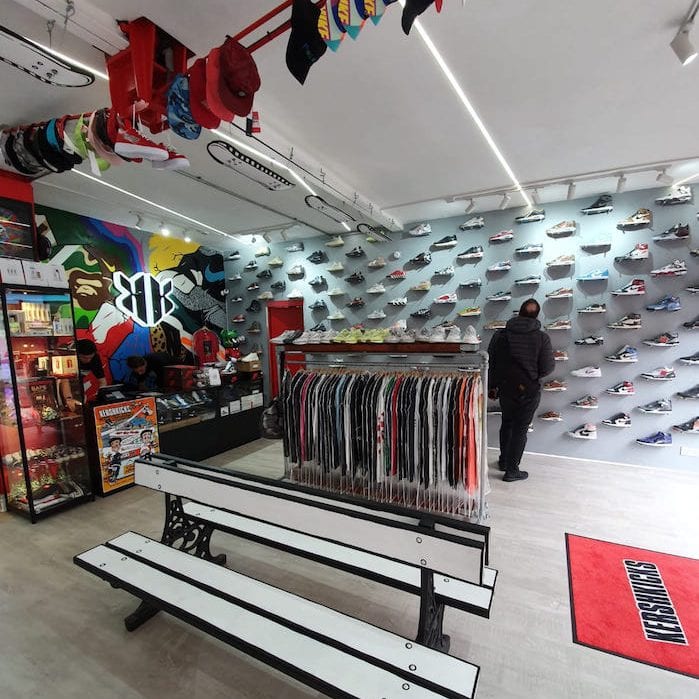 It also boasts some sought-after collaborations. You can find pieces from Virgil Abloh’s Nike x Off White collection and The Basement’s new Manchester-inspired Air Max 90s, which feature the shoe’s first ever jewel swoosh.

It doesn’t just sell shoes. Caps, hoodies and hats can also be found in abundance, more often than not wrapped in plastic to preserve their condition. Think Supreme box logo sweatshirts, hoodies from Anti Social Social Club and Palace, North Face x Supreme collabs and you get the gist. There’s some proper mint stuff in here.

For a shop carrying a lot of expensive goods, though, it doesn’t feel like it takes itself too seriously. In one corner, you can play FIFA from a wall-mounted TV. In another is a classic key master arcade game filled with kicks.

The Northern Quarter has always been trendy, sure. But its pedigree is only set to rise now that the hypebeasts have well and truly landed.