Manchester star Gemma Atkinson on fitness, feeling healthy, and how to deal with a bad day 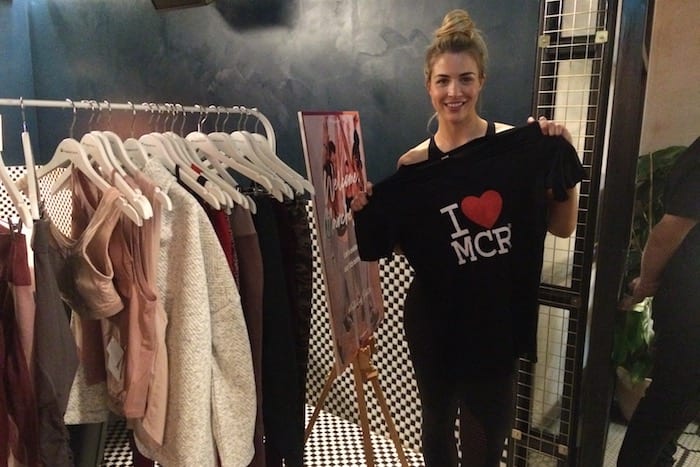 “It’s amazing to be here on home turf. I might be biased but the people here are so friendly, it’s just like talking to mates,” says Bury-born Gemma during the party at Northern Quarter’s The Daisy.

“I think these days a lot more people are into their fitness and wanting to feel healthy as well as look good, so if I can help in any way then that’s brilliant.”

While Gemma puts the hours in with her personal trainer Steve Chambers at Manchester’s Ultimate Performance gym, she insists it’s all about balance.

“Part of the reason I wanted to get involved with Fabletics is because of Kate,” says the 33-year-old.

“She and Cameron Diaz have always been women who are strong and empowered but also very feminine. They enjoy their wine and eat pizza and have fun but also prioritise health and that’s what I do, and what Steve does.” 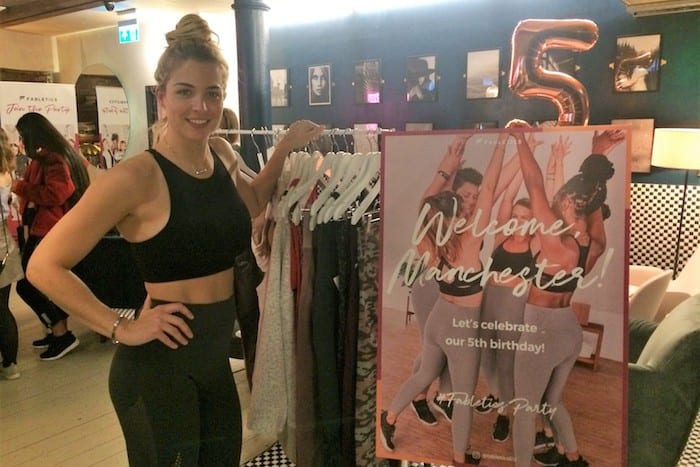 Gemma and the man she fondly calls ‘Evil Steve’ have collaborated on a new book, The Ultimate Body Plan, which will be published in December.

It’s part autobiography, including the impact of losing her dad at a young age, and part fitness tips and recipes based on a 12-week plan Gemma’s put herself through – twice.

“I’d already done a 12-week plan with Steve, but he said, ‘We did that a while back. I’m not putting my name to anything unless you do it for me again,’ so we did, and it worked and was brilliant,” she says.

“Steve’s the best trainer I’ve ever had. He’s such a perfectionist. We were going back and forth with everything, but we wanted it to be things I genuinely do, and to give people the option to do the exercises at home for those who can’t get to the gym.”

Gemma’s applauded for her athletic figure but admits she resented her height and build growing up.

“I’m 5ft 9in, my sister’s 5ft 10in and we’ve got broad shoulders. My mum used to say we’re from good Northern stock!” says Gemma who used to do Thai boxing before an injury forced her to stop.

“But now the main thing is I feel strong and healthy. You should always go on what works for you as a person. When I started training with Steve he said to focus on how I felt first and foremost, as opposed to how I looked.”

She trains with him three times a week, which is predominantly weight-training, and in addition she gets to the gym to do cardio.

“I enjoy it now and I’m feeling healthier. I think if I focus on health as opposed to appearance that motivates me.”

Gemma’s been in the public eye since 2003 after making her debut as Lisa Hunter in Channel 4’s Hollyoaks. She appeared in the soap on and off for three years before throwing herself into a host of reality shows in 2007, including I’m A Celebrity…Get Me Out of Here!, Soapstar Superstar and Celebrity MasterChef.

She’s since starred as Tamzin Bayle in Casualty and Carly Hope in Emmerdale and is now getting up early each day to host the Manchester-based breakfast show on Hits Radio with Gethin Jones and Dave Vitty.

Despite the early starts, she makes her gym sessions a priority during the day.

She regularly trains with her boyfriend Gorka Marquez, the Strictly Come Dancing pro she met on last year’s series when she made the final with her partner Aljaz Skorjanec.

They now live together in Manchester and regularly share loved-up snaps on social media. She also regularly uploads clips of her workouts, although is keen to portray the reality, not a glossy edit and expects the same from others.

“I know everyone wants to look their best, but I like people who look like they’re training,” says Gemma.

“Motivation-wise, if I don’t train, I feel more tired. I said to Gorks this morning, ‘I’m not going to get to the gym today or tomorrow so I’m going to be knackered on Saturday’. It’s so important to prioritise, whether it’s yoga, swimming, weight-training or even if it’s just going for a walk. Just for you to have your time.”

And don’t beat yourself up if you have a bad day because everyone does, and it’ll inevitably pass, says Gemma.

“We’ve all survived bad days because we’re all here,” she says. “You get through them, you go to bed, wake up and it’s a new day.”