Every year the Manchester Pride Parade draws the LGBTQ+ community and its allies together for a show-stopping event that acts as the centrepiece of the city’s annual Manchester Pride celebrations.

But this year will be even more poignant, with bosses revealing that this year’s parade will be a march for peace, pledging: “No one is free until we are all free, and no one gets left behind.”

Sharing their vision for peace in a world where all LGBTQ+ people are free to live and love without prejudice, organisers are calling on the community and its allies to come together.

This year’s parade will put the focus on respecting the labels, embracing differences – and on recognising that everyone deserves the right to be who they are and live their lives in peace.

Mark Fletcher, chief executive for Manchester Pride, said: “Every year I am asked do we still need a Pride celebration and every year I say yes we do.”

“We must support every single member of every single LGBTQ+ community and fight until they feel equal and free to be themselves. This is why this year we will March For Peace as we ask the world to recognise that the fight has only just begun.” 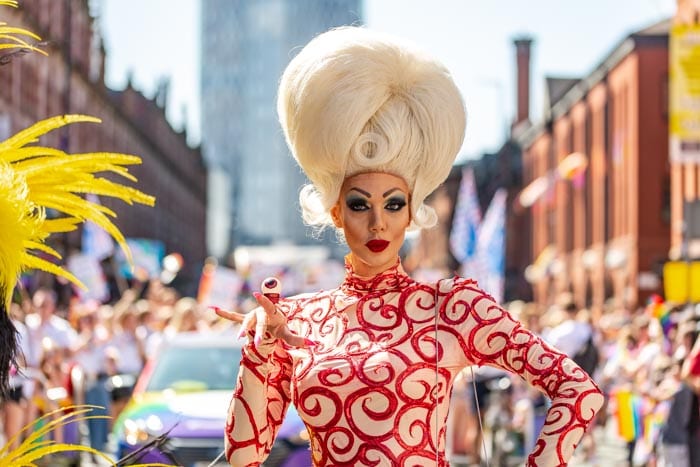 Whilst LGBTQ+ people have achieved so much, homophobic and transphobic hate crimes have more than doubled over the last five years, with many people still facing discrimination because of their identity.

Statistics also show that almost half of trans people have attempted suicide at least once and 84% have thought about it.

A quarter of homeless people identify as LGBTQ+, with 77% of these citing coming out to their parents as the reason for them being made homeless.

And more than half of all black, Asian and minority ethnic LGBTQ+ people have reported experiencing discrimination or poor treatment within their local LGBTQ+ network because of their ethnicity.

This shows how important it is that the community continues its fight for equal rights and makes sure that no one is left behind.

The charity is committed to creating opportunities to engage LGBTQ+ people so that they can thrive, and the Parade is a vital part of the charity’s community engagement programme.

It provides an opportunity for community members to not only connect with Manchester Pride but also with each other and create lasting relationships, in turn, reducing social isolation.

And it is committed to ensuring that Manchester Pride’s Parade entry is diverse, inclusive and representative of the whole LGBTQ+ community – holding a number of listening groups and workshops throughout the year for LGBTQ+ people to discover how they can get involved.

Last year’s Parade was the biggest yet with just over 17,000 participants in floats and walking entries from businesses and community groups across the region. It is one of the festival’s most highly anticipated events, with thousands of people march proudly together in front of hundreds of thousands of supporters cheering them along the way. 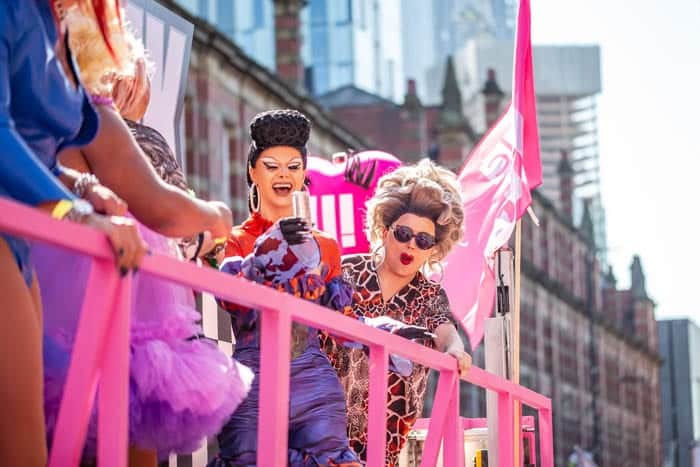 With organisations taking part last year including Greater Manchester Police, the fire service, local businesses, charities and the stars of Coronation Street, there will certainly be lots to see.

Applications are now open for those who wish to take part. Businesses that have taken part in previous events have included Autotrader, Barclays, Marks and Spencer and John Lewis.

Last year Manchester Pride announced a brand new format for the Manchester Pride Festival and a new home for the August Bank Holiday event’s live music experience, but the Manchester Pride Parade remains the same as it welcomes hundreds of thousands of revellers to witness the spectacle of LGBTQ+ people marching across the city centre on Saturday afternoon.