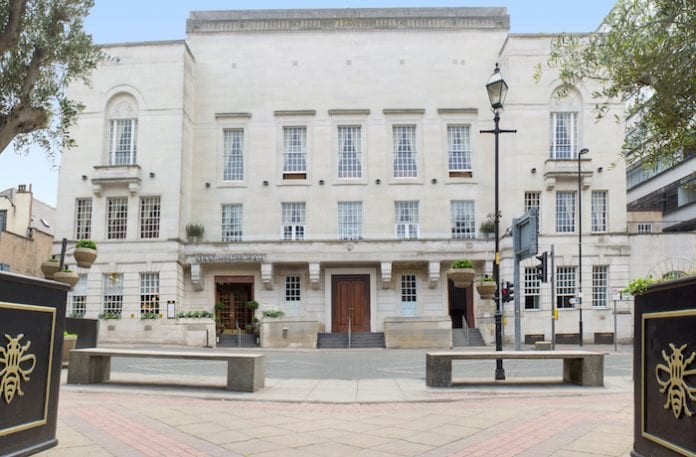 Manchester Hall is one of the most recognisable yet secret buildings in town.

Originally The Freemasons Hall, it opened back in 1929 as the home of freemasonry in Manchester and, as such, one of the most secretive places in Manchester and completely closed to the public.

Behind the walls lived a world of secret handshakes and rituals – with only a few outsiders being able to cross its threshold in over a century.

Architecturally, it was by far the most ambitious Freemasons Hall in the whole of the north west and was originally split into five lodge suites, a museum and a library.

The stunning Grade II listed building has had a multi-million pound refurbishment, bringing into the public domain lavish interiors which were hidden from view for decades. 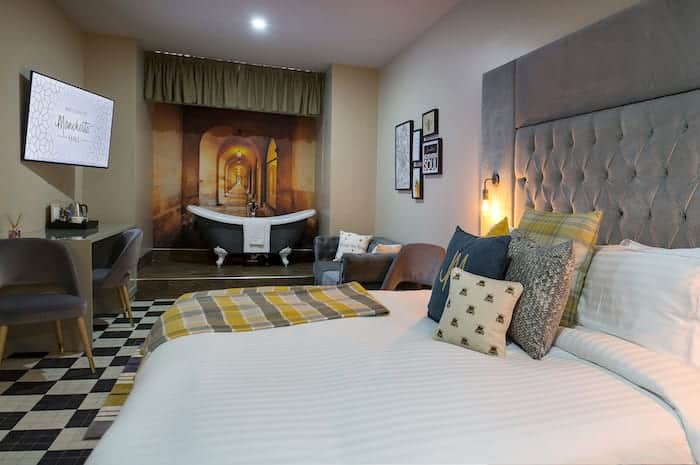 It’s now home to several spectacular event spaces and some of Manchester’s most popular restaurants including Dishoom, Honest Burgers and Masons.

Now its basement has unveiled its secrets.

We were lucky enough to get a sneaky peek at the latest developments down in the basement of Manchester Hall beneath Vanitas, the venue’s nightclub. Unlike most basements, Manchester Hall’s eight luxurious boutique bedrooms kitted out with some of the finest furnishings. 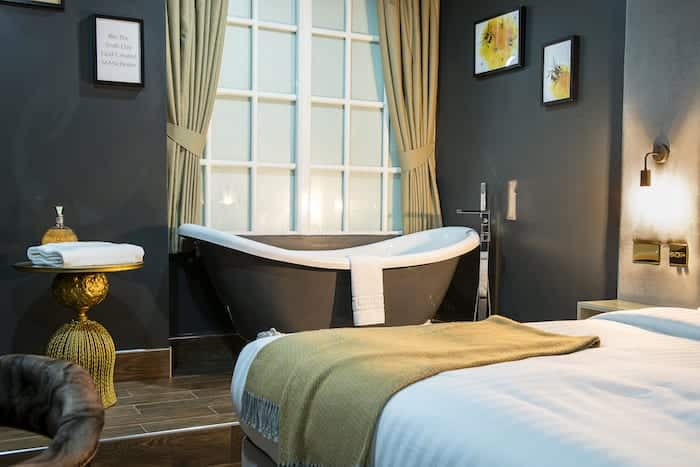 Each bedroom is named after some of Manchester’s most historic icons, including Emmeline Pankhurst, Alan Turing and Percy Scott Worthington, the man who designed the original Freemasons building in 1929.

The rooms range from King Rooms to a Royal Suite, all with en suite bathrooms. The suites boast a lounge area with a roll top bath, with every detail exuding opulence.

No need to fret about noise from the nightclub above, though, as the basement has been well and truly soundproofed, so anyone who wants a nice relaxing hotel escape can rest assured that party-goers dancing the night away above their heads will not disturb their relaxation.

Now that eight luxurious bedrooms have been added down in the cellar, it makes Manchester Hall a one stop shop for the perfect weekend away. 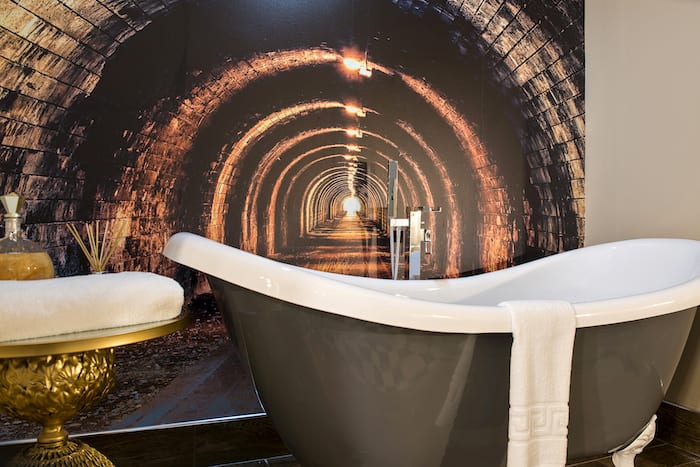 As the renovation nears completion, Manchester Hall will be getting a brand new rooftop bar with panoramic views over John Rylands Library and Spinningfields.

The Freemasons still meet at Manchester Hall, mostly sticking to the third floor. So that means that meetings, dinners and initiations of the Freemasons will be taking place in the same building as people dancing along to Beyonce, sipping cocktails and relaxing in a roll top bath.

Boutique bedrooms are now available for booking and start from £99 per night. 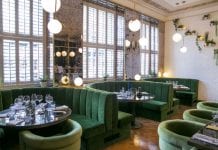 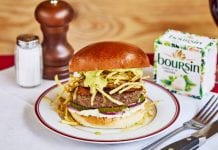