Manchester has been named the most liveable city in the UK according to the Economist Intelligence Unit (EIU) annual global liveability index, published today.

In the survey, Manchester saw the biggest improvement of any European city, rising by 16 places to rank 35th. This puts it ahead of London by 13 places, the widest gap between the two cities since the survey began two decades ago.

The worldwide league table ranks 140 global cities on over 30 qualitative and quantitative factors across five broad categories – stability, healthcare, culture and environment, education, and infrastructure – and assesses which locations around the world provide the best or the worst living conditions.

“An improved security score has meant that Manchester has pulled further ahead in the liveability index, leading London by a record 13 places and 2.2%,” says Roxana Slavcheva, editor of the survey.

“What is more, Manchester also represents a regional trend over the past year, where there have been notable improvements in security in several western European cities which have shown resilience in their recovery from terrorist attacks.”

The survey was criticised last year for demoting Manchester eight places after the Arena attack, but the city has this year been praised for its “resilience” in the subsequent months.

The threat of terrorism and petty crime rates are lower in Manchester than in London, according to the report.

“Paris in France and Manchester in the UK recorded the biggest improvements over the past 12 months, both in overall scores and stability ratings,” says the survey.

“Although they have been subject to high-profile terrorist attacks in recent years, which have shaken stability and led to cumbersome security measures, both cities have shown resilience in the face of adversity.” 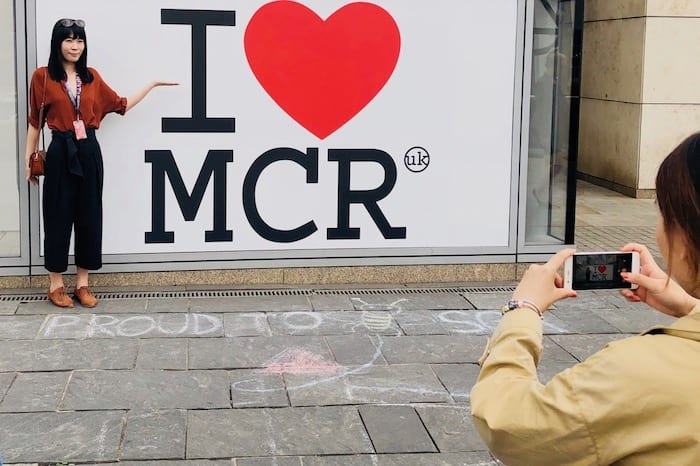 According to the survey, nearly half of the cities surveyed have seen their liveability ranking improve over the past year.

Each of the 30 factors in each city is rated as acceptable, tolerable, uncomfortable, undesirable or intolerable. The categories are compiled and weighted to provide an overall rating of 1–100, where 1 is considered intolerable and 100 is considered ideal.

“The liveability ranking considers that any city with a rating of 80 or more will have few, if any, challenges to living standards,” says the survey. “Any city with a score of less than 50 will see most aspects of living severely restricted.”

For the first time in the survey’s history, Austria’s capital Vienna tops the table with an almost perfect overall score of 99.1%. Melbourne, which ranked second in this year’s global rankings, had previously come top for seven years running.

Osaka, Calgary, Sydney, Vancouver, Tokyo, Toronto, Copenhagen and Adelaide make up the top 10, while the three lowest ranking cities are Damascus in Syria, Dhaka in Bangladesh and Lagos in Nigeria.