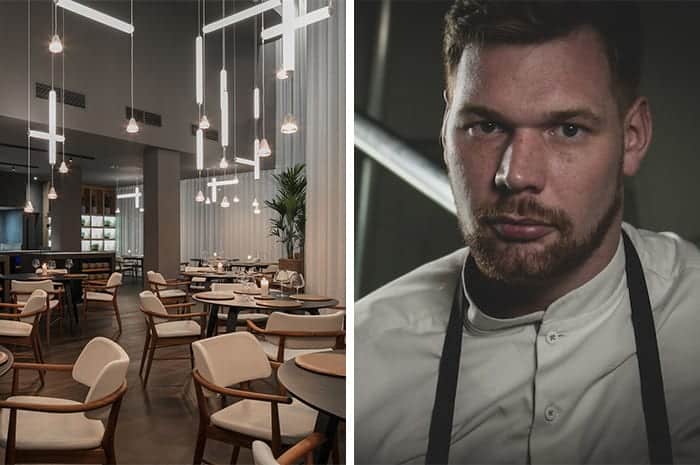 The new Michelin starred restaurants in the Great Britain and Ireland Guide 2020 have just been announced, with a “record breaking” number of new entries. But the question we’re all asking is – is this Manchester’s year?

Brothers Édouard and André Michelin founded their eponymous tyre company in 1889, and the first guide to the ‘British Isles’ was published in 1911 with practical advice for motorists.

The Great Britain and Ireland guide as we know it – now solely a restaurant and hotel guide, with its recognisable red cover – was launched in 1974. It featured 981 restaurants that year, 25 of which were awarded One Star. The guide took four years to prepare and over 15,000 hotels and restaurants were assessed, with just 3,642 selected for inclusion.

But the last time Manchester city centre was awarded a Michelin star was back in 1974, and it seems to many critics and chefs that the city’s culinary offering is overlooked year after year. Indeed, there hasn’t been a single star across the whole of Greater Manchester since the closure of Juniper in Altrincham, which held one for 11 years until 2008. 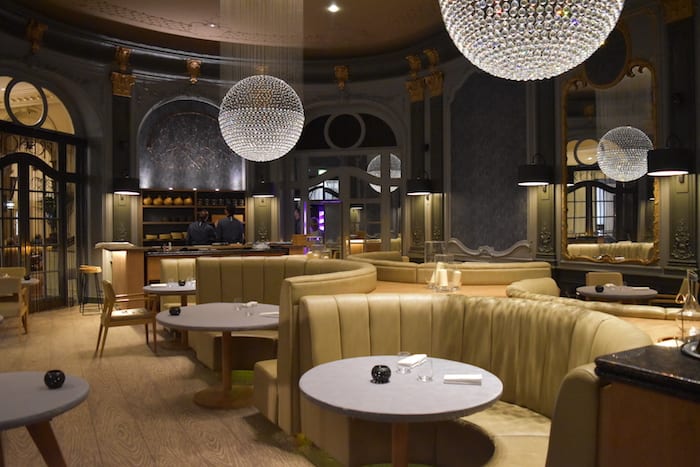 Potential Michelin contenders this year included several restaurants across Manchester, including ex-Noma chef Simon Martin’s Mana, Adam Reid at The French, Enxaneta at Tast with a menu by multi-Michelin starred Paco Perez, Stockport’s Where The Light Gets In, and Restaurant MCR by Aiden Byrne, the restaurant formerly known as Manchester House.

The Michelin Guide’s international director Gwendal Poullennec promised “a year of firsts” during this year’s announcement. And the big question… did any of the Manchester favourites make the grade?

The answer is… YES!

Ancoats restaurant Mana was perhaps favourite to get a star this year, tipped by fans and critics alike.

It was the only Manchester restaurant to make The Estrella Damm National Restaurant Awards list of the top 100 restaurants in the UK recently, and as we said in our review there’s nothing else quite like it in Manchester. The Ancoats opening has been one of the most-talked-about in the past year.

Marina O’Loughlin, reviewing it for The Sunday Times in July, eloquently expressed what we were all thinking.

“I’ve tried to avoid mentioning Manchester’s what-us-bovvered? huff over being ignored, year after year, by Michelin,” she wrote.

The following month in The Guardian, Grace Dent made a similar prediction. “Mana is the sound of Manchester turning a corner,” she wrote. “I hope the men with the stars agree.”

And, luckily for Manchester, they did.

So what are Michelin inspectors actually looking for when they award stars?

It’s the food on the plate, nothing more, they recently revealed in an anonymous piece on their website titled ‘A Day in the Life of an Inspector’.

“One of the great misconceptions of our guide is that we are somehow concerned with the colour of the curtains or the style of the service.

“But really, it’s just the food – the restaurant could be the swankiest, most comfortable place in the world but if the food isn’t that great, we aren’t going to have it in our guide.”

And it’s not the only good Michelin news for Manchester. Last week El Gato Negro was awarded a Michelin Bib Gourmand for the fourth year running for providing “exceptionally good food at moderate prices.”

“To get a Michelin Bib Gourmand or Star is hard, such a small percentage of restaurants make the cut. It’s a real seal of approval,” says El Gato’s chef patron and creative director Simon Shaw.

“There are a number of great guides out there, and they, along with regional listings, are all really important. The Michelin Guide is really the most prestigious however. It reaches people outside of your immediate catchment and brings people in, I’m regularly told people found us through the Guide.”

A star is important to any city looking to position itself as a leading destination outside of London, believes Simon Shaw.

“The food scene is a key part of the regional economy, people plan weekends around where they’re going to dine and what they’re going to see.  They might base that decision on one restaurant or event but when they’re there they’ll frequent so many more.

“The Michelin Guide is used more widely outside of the UK than it is in, especially across Europe. For a city like Manchester that has a strong tourism trade, or for a city looking to build one, a Michelin Star definitely has value, it elevates not just the restaurant’s profile but that of the town or city.

“From a chef’s perspective it’s the pinnacle of success.”

Congratulations, Mana and El Gato Negro. Manchester’s culinary scene is on the up and no mistake.