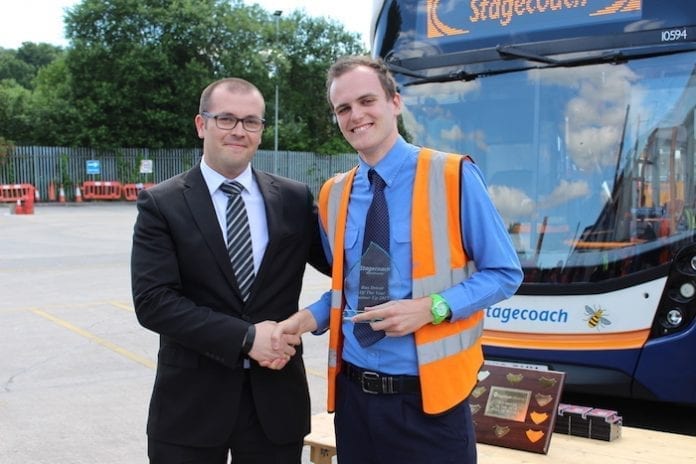 Some of the best bus drivers in the country will be gathering in Blackpool this weekend for the national finals of the Bus Driver of the Year 2017 competition.

So what makes a good bus driver? We asked round the office.

We reckon someone who is friendly, polite, drives carefully, is on time, polite, has plenty of change, doesn’t look daggers when you hand them a ten pound note, lets you on when you’re short of 2p, gets you to your destination on time, and – very important in Manchester – someone who can put up with being thanked several thousand times a day by people getting off the bus.

But most important is that he or she is a good driver.

Then we went out onto the streets of Manchester to find out what other people think.

We don’t know how many boxes he ticks, but one man who is definitely a good driver is Lee Collinson from Hyde. He’ll be representing Stagecoach at Bus Driver of the Year 2017.

Lee won a place in the final at the selection event held at the Ashton Depot last month after showcasing his skills in front of a judging panel.

He completed a theory test as well as undertaking a range of challenging manoeuvres including an obstacle course to take the top spot and qualify for the national finals.

“I’m really looking forward to the finals,” says Lee. “I was up against some really tough competition but getting through to the finals has made me even more determined to take the title of Bus Driver of the Year.”

Stagecoach Manchester managing director Elisabeth Tasker said, “The enthusiasm and skills demonstrated by the entrants in this year’s competition is a real testament to the quality and professionalism of the drivers here at Stagecoach Manchester. We wish Lee the best of luck and look forward to hearing the results of the finals.”

So do we. He looks like the type who’d let us on the bus if we were 2p short.

The annual Bus Driver of the Year finals take place in Blackpool on 2nd/3rd of September. 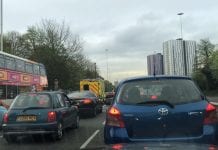