Featuring over 100 established and emerging writers speaking in a broad range of events across 17 days, the festival also includes literary walking tours and plenty of activities for younger readers including an afternoon with David Baddiel.

And, for the first time in the city, literature lovers can go to a Booker Prize 2019 shortlist showcase where some of this year’s shortlisted authors will read and discuss their novels at a special event. 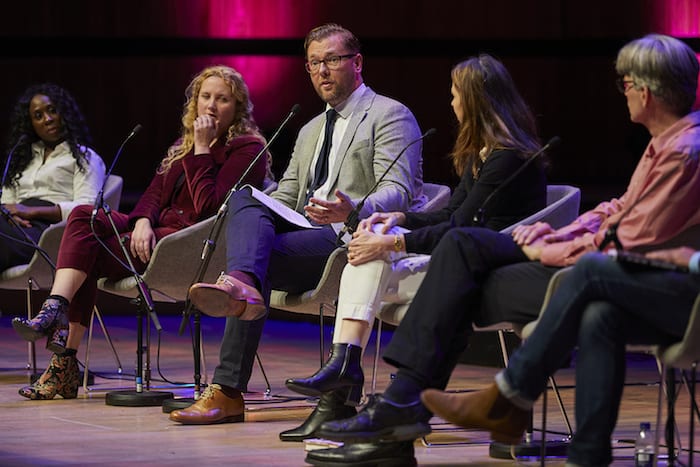 The 2019 programme hopes to address the greatest issues of our day as well as exploring topics as diverse as music, 1980s art and clubbing, and even trauma surgery in conflict zones.

And the festival will maintain its support of original writing with its series of New Commissions, including the annual Castlefield Manchester Sermon delivered this year by Gillian Slovo, and new co-commissions in partnership with Manchester Museum and Manchester Libraries.

“Once again Manchester Literature Festival has lined up a fantastic programme of events that has something for literature lovers of all ages and all tastes,” says Luthfur Rahman from Manchester City Council.

“From music, art, and clubbing, to the big issues that top the current global agenda, the festival fortnight promises to be both thought-provoking and entertaining.