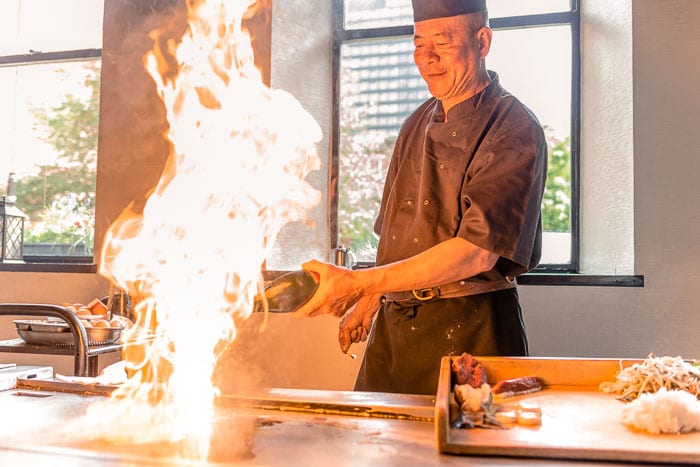 Teppanyaki Chinatown is easy to miss at first glance.

You’ll often see groups of people stood outside restaurants in Chinatown studying the menus, trying to decide whether or not to go in.

With Teppanyaki Chinatown, they definitely should.

And to prove it, it’s been named Japanese Restaurant of the Year by the Luxury Travel Guide of Europe. 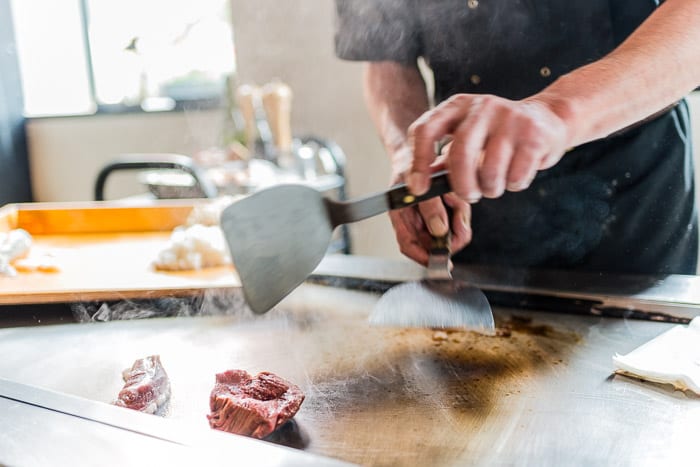 To celebrate the award, they’re giving away a complimentary glass of house sake to diners up to Sunday June 29th when they quote Luxury Travel Guide.

At Teppanyaki, your food will be cooked in front of you by your chef on an iron plate using the freshest ingredients – meat, seafood, and vegetables. (The clue’s in the name: ‘teppan’ means iron plate and ‘yaki’ means grilled or griddled).

The art of teppanyaki originated in the commercial boom of the late 40s and became a tourism honeytrap in Japan. As it gained popularity in Japan, more emphasis was put on the show than the quality of the food.

But Teppanyaki Chinatown lives up to its motto – ‘majoring in quality food, not the gimmicks’. 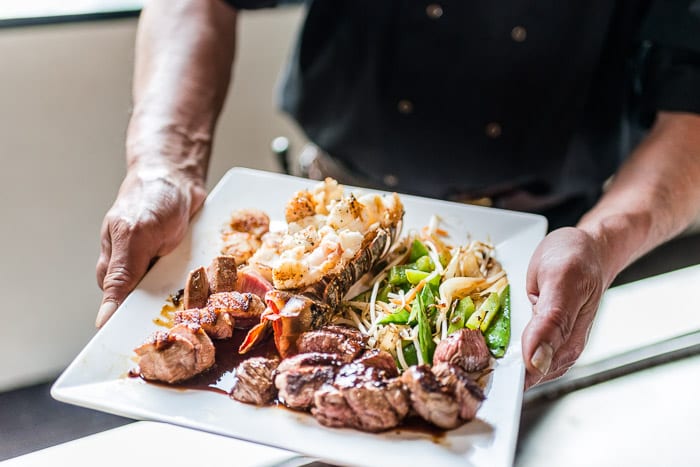 The award may come from the Luxury Travel Guide, but the menu is surprisingly affordable with no compromise on quality.

The ingredients in everything are locally sourced; there is a surplus of choice and watching the dishes being prepared definitely gives the experience a different dimension.

This place is perfect for families, parties, or couples looking to be entertained. Less of the gimmicks, but still a riot to behold.

It’s open Monday-Thursday 3pm-11pm and Friday-Sunday 12-11pm, and can also be found on Deliveroo and Uber Eats.